Live here? We have very good news regarding your daily commute…

Around 25,000 people live in Jumeirah Village Circle, and all of those folk will be happy to hear that three new entry and exit points that connect the residential community with Hessa Street will open tomorrow.

Yes, this marks the completion of a Dhs18.5 million road improvement scheme around the area by Nakheel that residents have been waiting for with bated breath.

Here’s a map that shows your where the new access points are (the area marked red is Hessa Street, the yellow signifies a new exit and the green a new entrance): 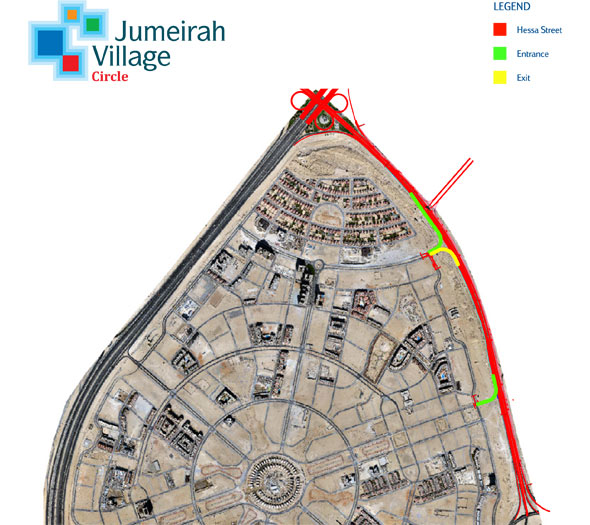 As of now there are only two entrances and exits to the community, which are both off of Al Khail (so this new addition is doubling the access on the way in).

The predicted population for JVC when complete is 300,000 (that’s around the population of Nottingham), and so we imagine there will be further access points delivered in the future.

There are currently 700 Nakheel villas at JVC, with a further 305 buildings, villas and townhouses by third-party developers complete or in the final stages of construction right now.

There’s a new mall under construction in JVC too – when complete, there will be 235 shops, restaurants and cafes, as well as a multi-screen cinema.

There are also 33 landscaped parks in the community – all complete, these span 4 million square feet. Here’s a look at them… 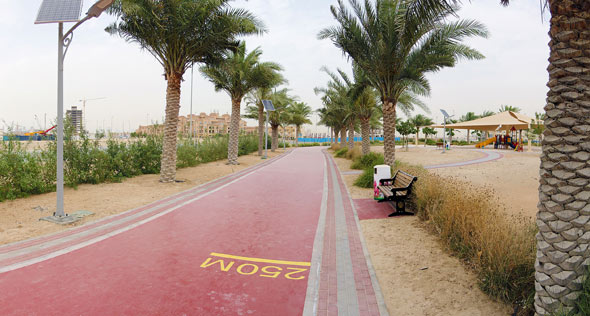 News
EDITOR’S PICKS
Covid-19 rules in Dubai: all the updates you need to be aware of
READ MORE
9 royal-approved Dubai restaurants
READ MORE
16 of the best beach bars in Dubai for sundowners
READ MORE
Where to get the Covid-19 vaccine in Dubai, Abu Dhabi and across the UAE
READ MORE
MOST POPULAR
Join us for a preview of Fairmont Bab Al Bahr's Valentine's dine around
Win a BMX in the new Hudayriyat Circuit X youth time trial event
Hello, Glo: The new bar and lounge now open in DIFC
The luxury hotels and residences open and opening along West Beach
The Tent: Bla Bla Dubai launches more bars for a day to night experience
A huge gastronomic event is returning to Dubai this February
YOU SHOULD CHECK OUT
Our website uses cookies and other similar technologies to improve our site and your online experience. By continuing to use our website you consent to cookies being used. Read our privacy policy here.