Ever wondered what it was like to wingsuit through Dubai Marina?

Ever fancied your hand at wingsuiting, but can’t be bothered with the rigorous training, expensive fees and life-threatening danger?

Well, you can do away with all that.

YouTube channel Dubai360 have uploaded a 360-degree video of some of the XDubai crew wingsuiting through Dubai Marina.

The video starts with five of them jumping out of a helicopter over JLT and Dubai Marina before flying in between the skyscrapers surrounding Princess Tower.

Here’s the vid, you can use your mouse to click and drag the video around to change the view. If you own a smartphone headset for VR such as Google Cardboard or the Samsung Gear, then pop your phone in now. It’s about to get awesome.

Dubai360 are also the group behind the massive interactive map of Dubai. Using 360-degree cameras they have mapped out a huge portion of the city for you to explore in high definition. 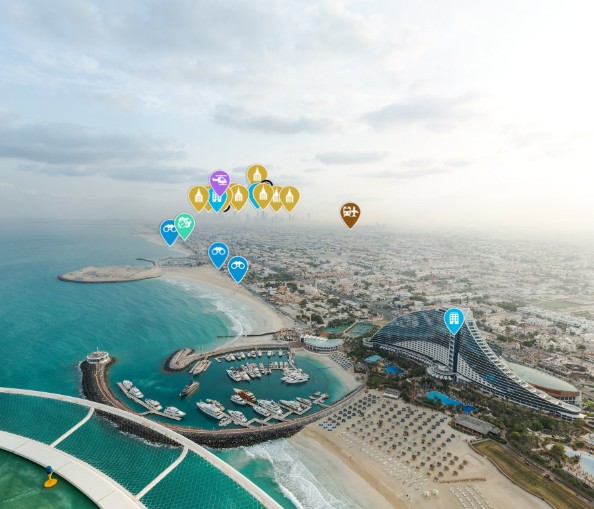 You can even explore indoors, taking you inside some of the city’s cool spots such as the warehouses in Al Serkal avenue.

Inside the FN Designs space in Al Serkal Avenue

Here’s a propeller-powered parachute over the Dubai desert:

An 8k timelapse from the Burj Khalifa Pinnacle:

A full show from the Dubai Fountains: