Our picks: 14 things to do in Abu Dhabi this long weekend

Shop at the Swiss Market 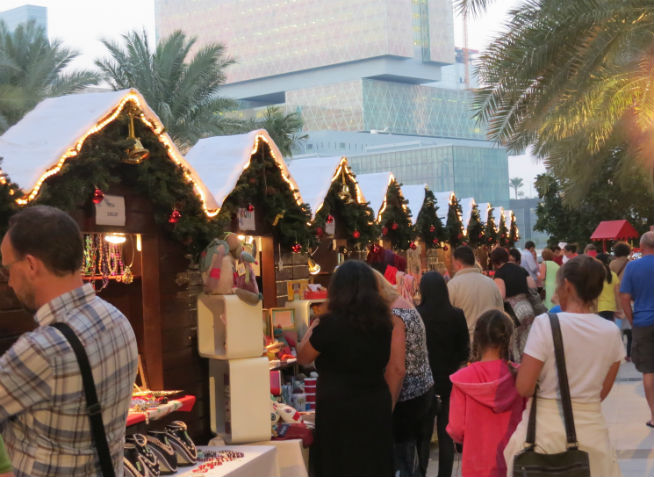 Get your holiday gifts, Lindt chocolates and more at the Swiss Business Council’s annual market. The event is on until Saturday, December 10.

A family day out

This handicraft market from Art Mia will also include pony rides and face painting.

While Haddins Fitness is best known for their intensive caveman workouts that’ll see you flipping tires and bear crawls, this month the gym is getting you in touch with your softer side, with a special yoga workshop at their Zayed Sports City outlet. Hosted by visiting Indian yogi Ajay Kumar, the three-day prgoramme will feature workshops dedicated to the Mysore-style of Ashtanga Vinyasa yoga. Meaning lessons will let students work at their own pace, with plenty of one-on-one instruction.

Check out the Festive Market at Al Seef 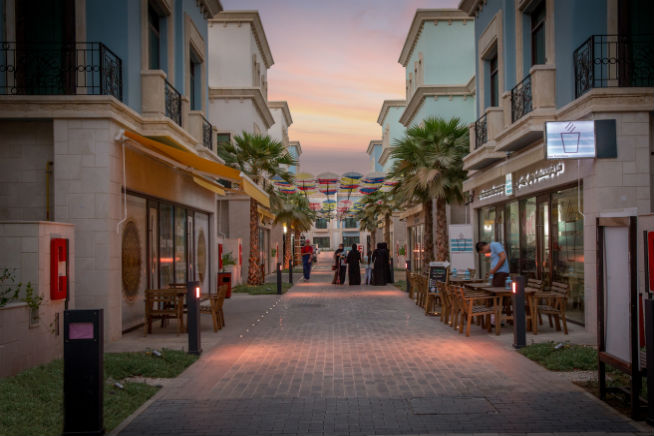 The seasonal market at Al Seef Mall and Resort will have everything from toys, clothes, homewares and arts and crafts on offer. Santa Claus himself will be making an appearance at 5.30pm. While you’re there don’t miss the tree lighting ceremony at Andalus Hotel, carols and refreshments as well.

Rock out to Jamaican jams

British reggae artist Stylo G, best known for his singles My Yout and Soundbwoy, will be taking centre stage at The Beachcomber for a Caribbean-inspired concert. The beach party will also feature Jamaican eats including jerk chicken, plantain, oxtail and rum cocktails.

Cyclists of all abilities can sign up for this festival being hosted on the Al Wathba Cycle track. The Abu Dhabi Cycling Festival is aimed at the entire cycling community and features a range of distances for participants, from a 120k long course ride for elite riders all the way down to 30k for intermediate riders to 8k for kids. In addition to the races there’ll also be a special fatbike race too. 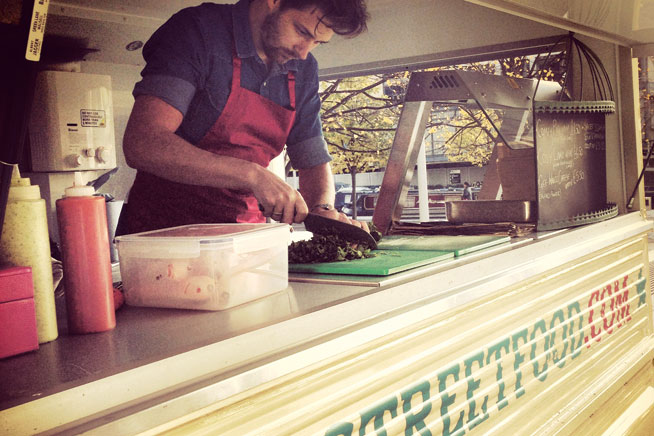 The Abu Dhabi Food Festival is back. Split into three parts including Gourmet Abu Dhabi, Street Feast and, for the first time, the SIAL trade fair this festival celebrates everything about food. If you’re in Al Ain this weekend check out the Street Feast that will feature over 60 food trucks – serving over 150 dishes. The trucks will make their first pit spot at the Garden City from December 8 to 10 at the Hazza Bin Zayed Stadium. If you’re in the capital, check out the activations happening at Marina Mall with Dora the Explorer. 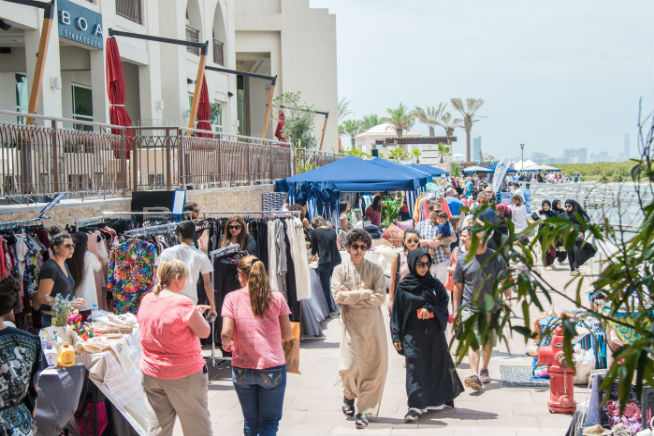 Need to buy some last-minute gifts? La Loupe is hosting a massive one-day pop-up shop at Eastern Mangroves Promenade. Featuring more than 60 vendors and brands from the UAE, the event will also have food stalls, bouncy castle, artwork and music.

Listen to an X Factor contestant at brunch 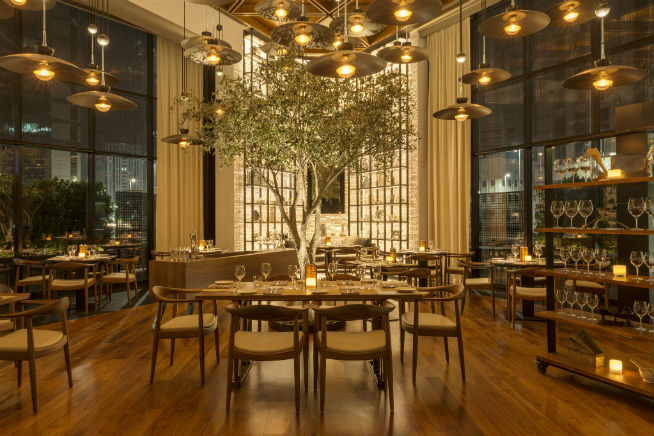 Aussie X Factor singer Jaymie Deboucherville will be entertaining guests at Market Kitchen’s Friday brunch. The 23-year-old one-time factory worker made it to the Top 20 in last year’s edition of the singing competition and will be singing acoustic covers (including his breakout version of Oasis’ Wonderwall) every Friday at the Le Royal Méridien hotel.

The organic fruit and veg market at Mother of the Nation Park will be hosting some local chefs from 5pm onwards as part of the Abu Dhabi Food Festival this Saturday. There’ll also be kids activities, yoga and artisanal food to purchase. 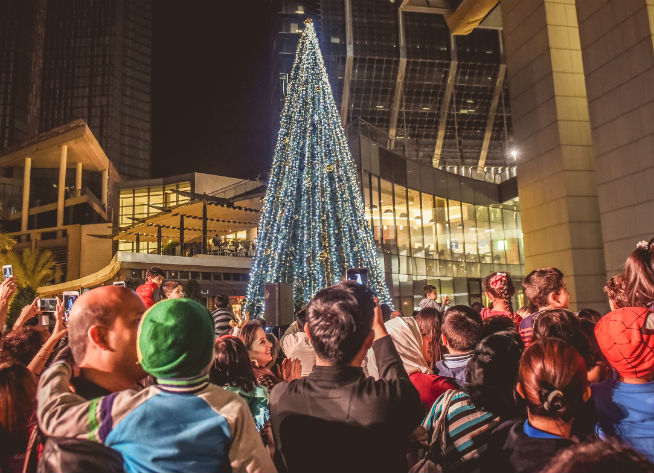 Head to the Galleria mall to check out the Winter Wonderland along the Promenade. There’ll be roaming performers, marching bands, a snowy winter village, festive activities and live performances.

Honouring the Father Of The Nation, the late Sheikh Zayed, this heritage festival celebrates the rich history and culture of the UAE. There’ll be folklore events, Emirati singers, horse shows, military marching band parades and a classic car exhibition.

Things to do
EDITOR’S PICKS
13 Sheikh Hamdan-approved restaurants in Dubai
READ MORE
Dubai brunches temporarily banned in new preventative measures
READ MORE
12 upcoming Dubai mega-projects we can't wait for
READ MORE
16 of the best beach bars in Dubai for sundowners
READ MORE
MOST POPULAR
Satisfy your BBQ cravings at selected UAE Rotana hotels to win big prizes
7 worthwhile ways to celebrate Women's Day in Abu Dhabi
You can now buy Marks & Spencer's clothes at Nakheel Mall, Palm Jumeirah
Dine with acclaimed chef Massimo Bottura in Dubai this month
Tuck into Moroccan cuisine at this gorgeous restaurant in Downtown Dubai
YOU SHOULD CHECK OUT
Our website uses cookies and other similar technologies to improve our site and your online experience. By continuing to use our website you consent to cookies being used. Read our privacy policy here.