The Lights of Rome is an upcoming football documentary from Image Nation that follows the Cinderella story of the 1989 UAE national football team, who managed to qualify for the 1990 World Cup.

It’s a tale many of you may not know about, but trust us, it was a big deal here when it happened…

Earning a spot at the 1990 World Cup in Italy was a remarkable feat for the team – and an accomplishment that hasn’t been repeated since.

“No one expected us to win, and for the first time it showed the world exactly who the UAE were,” said Mohammed Al Mubarak, chairman of Image Nation Abu Dhabi. “I’m hoping we can re-create these feelings once again sharing the talents, the history and the culture of the UAE on the global stage.” 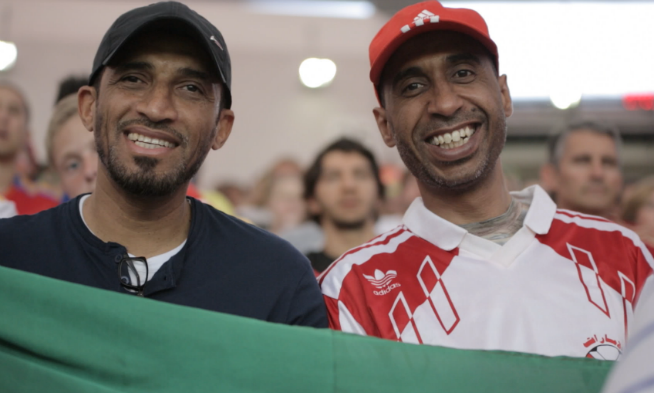 The film includes interviews with UAE football legends Ali Thani, Abdulrahman Al-Haddad and Khalid Ismaïl – who scored the now legendary goal against West Germany, among others.

So when can Abu Dhabi residents watch the film? After the world premier on November 17 in New York, the film will be shown in cinemas in the UAE from December 1 for approximately two weeks.

Film
News
Sport & Fitness
EDITOR’S PICKS
Here's the full list of UAE public holidays in 2023
READ MORE
23 incredible things to look forward to in the UAE in 2023
READ MORE
Hidden gems: 10 UAE desert pop-ups to discover this winter
READ MORE
Where to travel in 2023: 10 new flight routes from the UAE
READ MORE
MOST POPULAR
6 brilliant things to do in Abu Dhabi this week: Feb 6 to 9
This stunning new wellness space will open in Dubai next month
Dubai tourism increases by a massive 97 per cent
16 incredible mega projects coming to Abu Dhabi soon
The epic Asian Le Mans Series returns to Dubai Autodrome this month
YOU SHOULD CHECK OUT
Our website uses cookies and other similar technologies to improve our site and your online experience. By continuing to use our website you consent to cookies being used. Read our privacy policy here.