Expect big names – including cellist Yo-Yo Ma – at the 2017 edition of the Abu Dhabi Festival.

Hosted from March 1 to 31, the arts and cultural festival unveiled the upcoming programme today and will see the Chinese-American cellist close the show on March 31 at Emirates Palace. The Silk Road Ensemble will accompany the Grammy award winner, for a concert inspired by the historical Silk Road.

American jazz musician Wynton Marsalis, who last attended the festival in 2010, will be returning next year with a jazz concert on March 27 at Emirates Palace. For those looking to hear global music, fado singer Mariza will perform a selection of works in the traditional Portuguese genre on March 29. 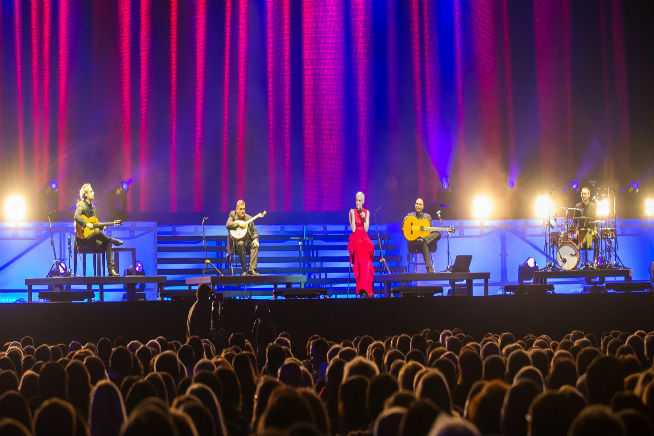 Other headliners include Saudi singer Mohamed Abdo who performs for one night only on March 14 and the Spanish Flamenco guitarist Tomatito, who will be performing at the New York University Abu Dhabi campus on March 23.

If classical music is what you’re after the Royal Opera House from London will stage a show about the relationship between Leopold and Wolfgang Mozart in Mozart & Son on March 17. Or check out the two concerts being hosted by China’s National Centre for the Performing Arts Orchestra on March 24 and 25, which will feature selections from Tchaikovsky, Bach and Rachmaninov.

Tickets are on sale now, with prices starting from Dhs250 and up. For more details visit: abudhabifestival.ae

Culture
News
Things to do
EDITOR’S PICKS
Here's the full list of UAE public holidays in 2023
READ MORE
23 incredible things to look forward to in the UAE in 2023
READ MORE
Hidden gems: 10 UAE desert pop-ups to discover this winter
READ MORE
Where to travel in 2023: 10 new flight routes from the UAE
READ MORE
MOST POPULAR
Pics of the week: Your best photos of the UAE
Dhow & Anchor has got you covered every day of the week
RTA: All the road closures you need to be aware about
Review: The Nice Guy Dubai
Masha and the Bear is coming to Abu Dhabi this April
YOU SHOULD CHECK OUT
Our website uses cookies and other similar technologies to improve our site and your online experience. By continuing to use our website you consent to cookies being used. Read our privacy policy here.