That crocodile park in Mirdif? Yeah, it’s going to open a little later than expected…

The Dubai Crocodile Park project being built up by Mirdif was set to be open by the end of this year.

However, a statement from Eng. Juma Al Fuqae, vice chairman of the investment committee at Dubai Municipality has said that only 43 per cent of the Dubai Crocodile Park has been finished, and it will open by the end of 2017.

When complete, there will be hundreds of crocodiles in the park, which will be located just 10km from Dubai Airport.

The overall area of the park is 20,000 square metres, which is the equivalent of about two city blocks in Manhattan, New York.

Here’s a rendering of what it will look like: 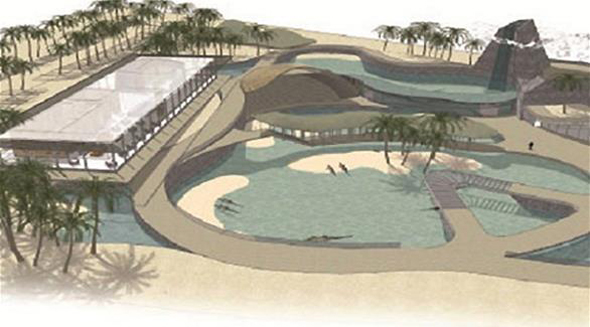 The Dubai Crocodile Park’s main attraction will be the Nile Crocs, which are the largest crocodiles in the world that live in fresh water.

Fast fact: the Nile croc mainly eats fish, but will also chomp on zebras, small hippos and other crocodile (*gulp*).

More…
*This is how much Dubai has changed in 30 years*
*Food trends we love & hate: The highs & lows of Dubai’s food scene*
*Video: We take a walk around The Palm Jumeirah Boardwalk*

Here’s where the park will be (watch out Mirdif residents!): 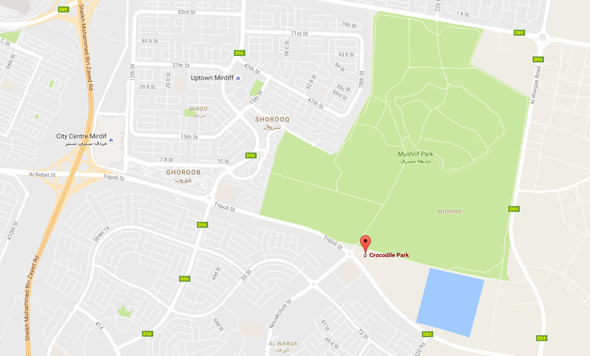 The habitat being built is as natural for the crocodiles as possible according to the Municipality, and the crocodiles will be grouped so that they can reproduce as they would in the wild.

The park will apparently also act as a research institute for schools, universities and scientists, but there’s little information about that at this stage.

We’ll let you know as soon as there’s an opening date, ticket details and any more info.

News
Outdoor
Sport & Fitness
Things to do
EDITOR’S PICKS
UAE holiday dates announced for Eid Al Adha
READ MORE
Emirates extends suspension of flights from India to UAE again
READ MORE
Coming soon: Everything we know about Ain Dubai so far
READ MORE
Khorfakkan set to open new tourist attraction 580 metres above sea level
READ MORE
MOST POPULAR
UAE is finally moved from the UK's 'red list' to 'amber'
A cool new hotel is opening in Jumeirah Village Circle in September
Resident returning to the UAE? Here's the approval form
WizzAir Abu Dhabi will start flying to Italy with fares from Dhs129
Get two-for-one on Friday brunch at this popular Dubai pub
YOU SHOULD CHECK OUT
Our website uses cookies and other similar technologies to improve our site and your online experience. By continuing to use our website you consent to cookies being used. Read our privacy policy here.