Here's everything new to Netflix UAE this December

Ever feel like your ‘Recently Added’ section on Netflix hardly ever changes? Well that’s why we’ve put together a list of everything new coming to Netflix UAE in December…

These are the new documentaries, shows and movies coming to your Netflix UAE account this month… 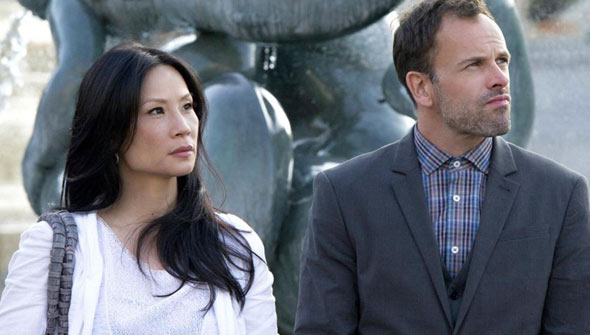 The latest season of the modern Sherlock show with the excellent Jonny Lee Miller has now dropped on Netflix.

This Hallmark character uses her powers for good (obviously). 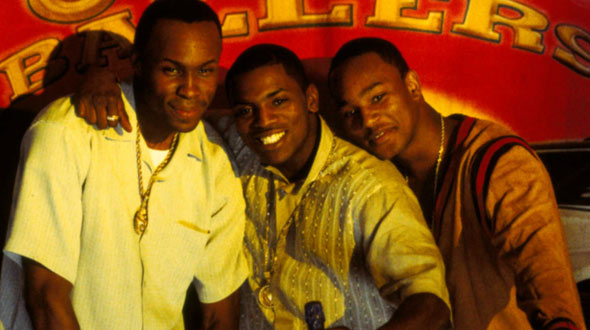 An acclaimed 2014 Estonian film about a young man whose life is tough – and he soon discovers that he’s the only person that can turn it around.

A 2014 rom-com about two friends with very different tastes.

A 2000 thriller movie starring Keanu Reeves that has a measly 10 per cent on Rotten Tomatoes.

A 2015 film featuring the wonderful Hannah Simone from New Girl. We see ourselves watching this on a gloomy Saturday.

A taping of a stage show extravaganza featuring the best of Bollywood dance.

A 2015 documentary about a passionate Philadelphia restauranteur and his restaurant closing down.

A devastating documentary following the community that suffered the Sandy Hook tragedy (and illuminating how the gun laws in the US didn’t change after the school shooting). 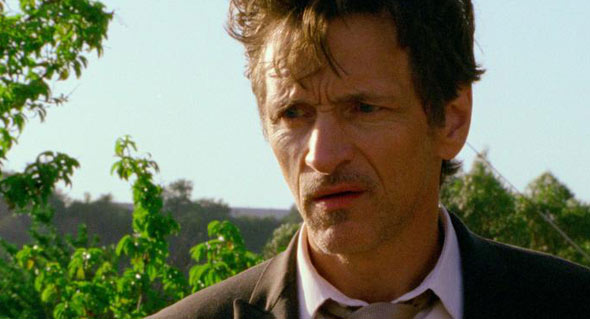 Starring the excellent John Hawkes as a private investigator who is tasked with finding a woman from his own past.

Angels in the Snow

A Christmas TV movie. Cotton candy for the brain.

A rom-com about dogs and Christmas. Again, cotton candy for the brain.

How Sarah Got Her Wings

Another fluffy Christmas TV movie. If any of you catch the flu this month, these kinds of films should be just the ticket. 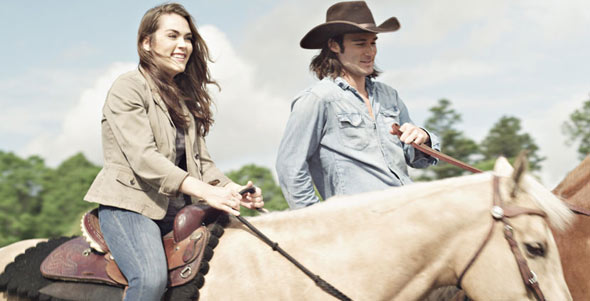 What a pun. This is the actual IMDB summary: “A young woman from the city moves to the country, meets a special horse, and is taught how to barrel race by a handsome cowboy”. 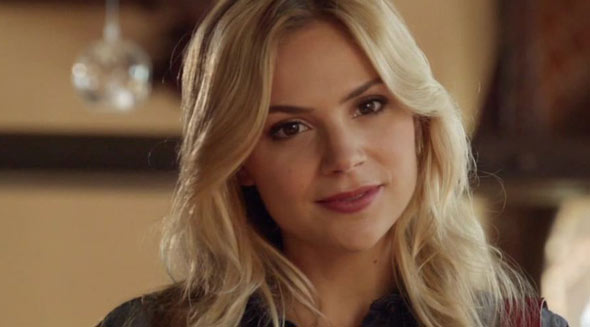 The Spirit of Christmas

Another TV movie (also a romance), this one from last year.

A Bollywood crime drama starring Akshay Kumar that is inspired by true events.

An Indian film from this year that follows one day in the life of a session violinist. 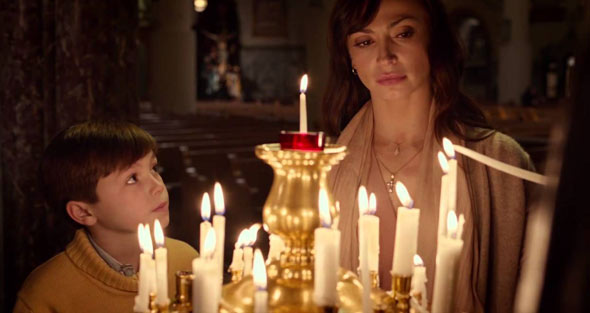 A beautiful coming-of-age short about a young boy who observes a neighbour through his window as escapism from his parents’ divorce.

An old woman receives a bribe and so decides to go on a shopping spree (which doesn’t go well). 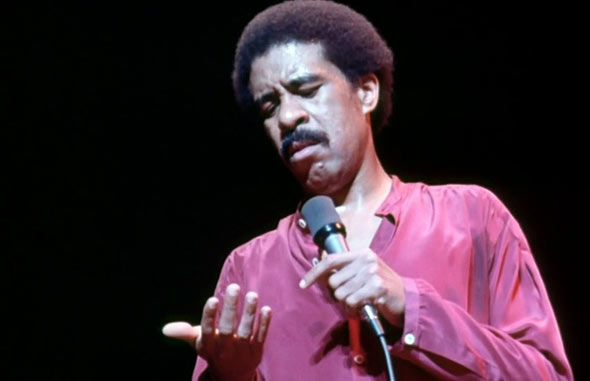 Comedians don’t get more legendary than Pryor. This set is from 1979. 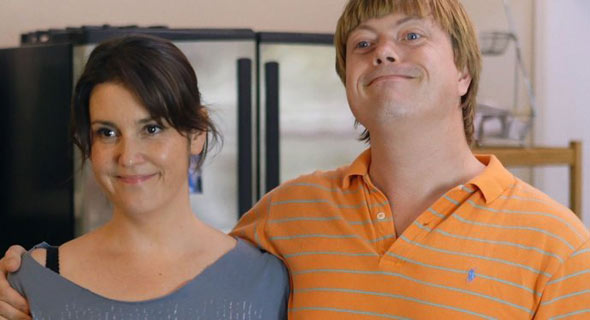 A beautiful, sensitive drama film starring the inimitable Melanie Lynskey about Todd, who grew up under the shadow of his older mentally challenged brother Shonzi. 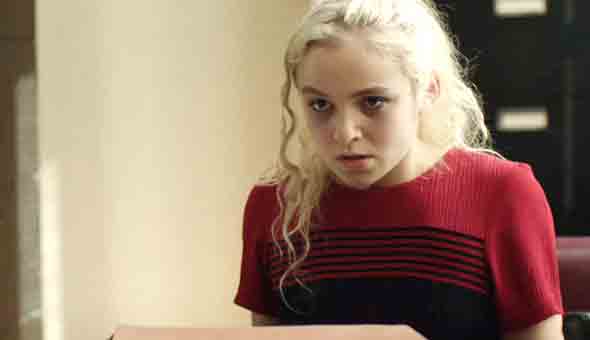 This film that tells the story of a girl’s big night out in New York City is tense and gritty.

A reality show that takes you behind the scenes of an LA customs shop.

For the Love of Spock

A documentary that charts the life of Leonard Nimoy, aka Spock.

A Mexican film about a model who lives a jet-setting life until she falls in love with an artist. 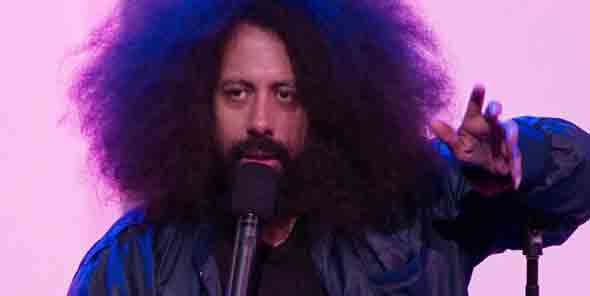 A surreal set from a comic innovator who spins tunes, yarns and jokes.

A made-for-Netflix movie by the wonderful Mark Duplass about former high school sweethearts who reconnect after 20 years. It stars the equally exemplary Sarah Paulson. 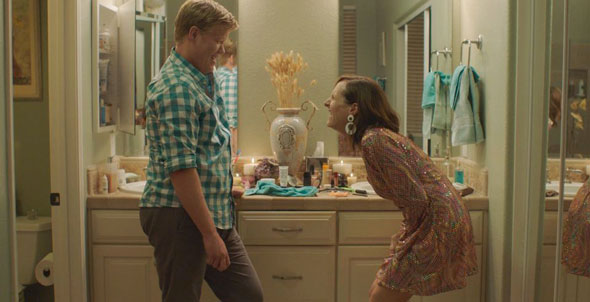 A Mexican dramady series about a family battling for power after their patriarch dies. Good for those of you wanting to practice your Spanish. 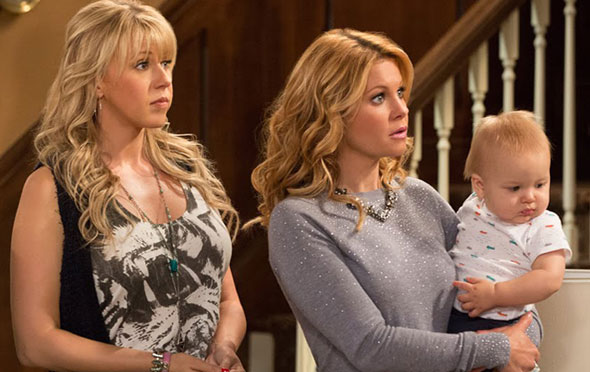 We weren’t in to Season 1, but if you enjoyed the Full House sequel you’ll be glad to hear there’s a Season 2.

A Netflix-original documentary series that reconstructs history’s most high-stakes hostage negotiations, with kidnapping victims recounting their terrifying ordeals. One for Making a Murderer fans?


A documentary about a comedy troupe with Asperger’s: funny and moving.

An Argentinean film about a reporter fighting to get his life back after he is mentally broken by his daughter’s disappearance.

A documentary about the big business of youth basketball in America. 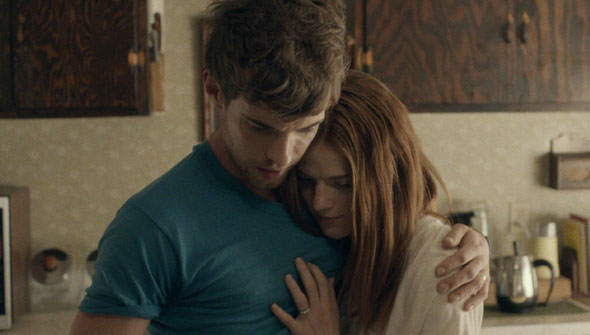 A 2014 horror film starring Rose Leslie from GOT.

This Is The Life

A 2008 Ava DuVernay doco that explores the world of South LA hip hop.

We are almost jealous of anyone who hasn’t watched this legal procedural drama starring the wonderful Julianna Margulies: all seven seasons drop on Netflix today. Get ready to binge. Actors like Michael J Fox, Christine Baranski and Alan Cummings also star. So good. 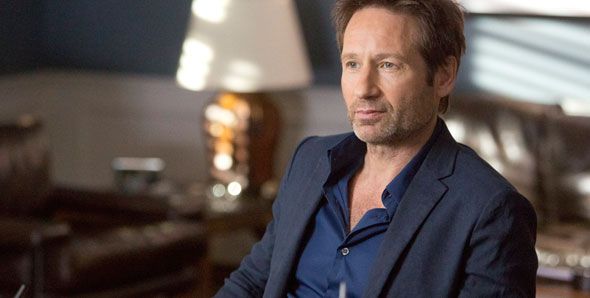 Another opportunity to binge watch is the fact all 7 seasons of this excellent and wry David Duchovony will be uploaded today. It’s a very dark comedy with a lead character who is at once wonderful and intensely unlikeable.

A portrait of Barack Obama’s time at college in New York in 1981 (when he went by Barry) – a time when he was struggling with his identity, his parents, and was beginning to become the man he is now.

Also on December 16: Love In Her Bag: Season 1 (South Korean)

A Syfy horror series about a world overrun by vamps and a badass female vampire hunter called Vanessa Helsing.

A 2013 Brian Singer take on the fairytale. 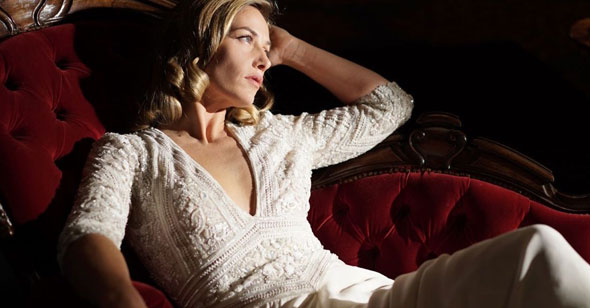 A funny French show about the hectic, thankless life of those who works as agents to the stars.

Gabriel lglesias: I’m Sorry For What I Said When I Was Hungry

A comedy special from the stadium-filling American comedian known as ‘Fluffy’.

Lo and Behold: Reveries of the Connected World

A documentary from the distinctly-voiced Werner Herzog about the Internet and how it’s affected our society (if there’s anyone who’s going to have an interesting take on the WWW it’s this guy). 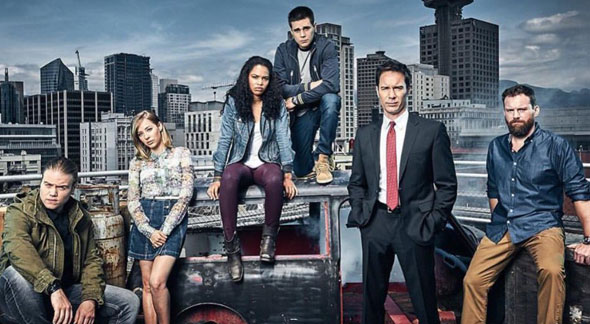 A time-travel drama series that looks tense and escapist. 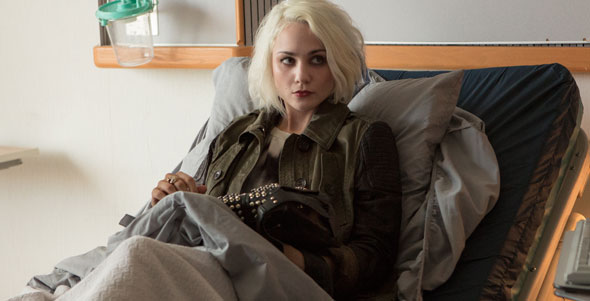 A far-reaching Netflix series that follows eight strangers around the globe connected by a special ability. This is the premiere date for Season 2. 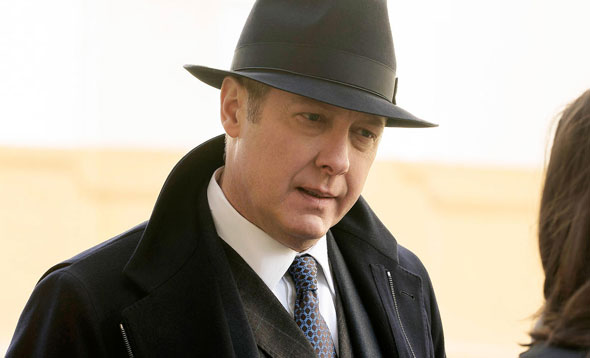 When Hari Got Married

A documentary film about a cab driver’s arranged marriage.

Also on December 25: My Runway: Season 1

The second season of the Netflix-original anime series that follows high schooler Kei Nagai who also happens to be an immortal demi-human. 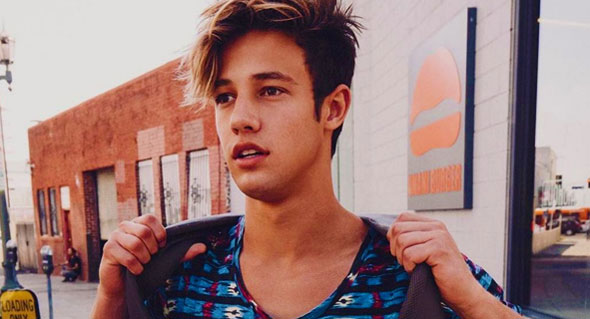 A TV show starring Vine star Cameron Dallas – it’s a behind-the-scenes look at the life of a new media sensation. 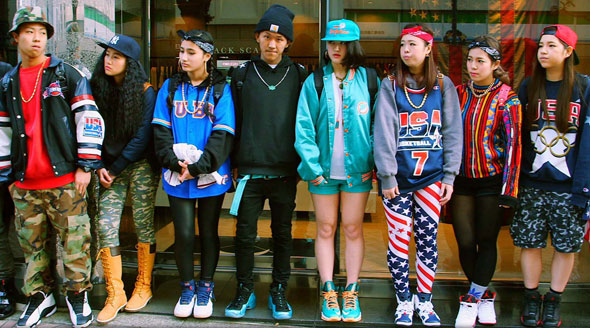 A documentary that follows the genuine obsession of sneaker collectors – from Tokyo to Japan.

The third series of the popular Aussie murder mystery show. Perfect to watch with a cup of tea.

A well-acclaimed 2011 film about an American actor who unwittingly becomes big in Bollywood.

A riveting CNN documentary that charts the rise and fall of motivational speaker James Ray.

Here are the newbies for the little ones this month…

Wanda and the Alien

Just a cartoon about a rabbit and her alien friend (as you do).

A show about aliens on another planet (and their very-human problems). It’s got a villain in it so it’s probably not for very little ones.

A 2015 Canadian animated show that’s a sequel to the classic cartoon.

A cartoon about racing snails.

A Christmas movie for kids about an elf with sleigh issues. 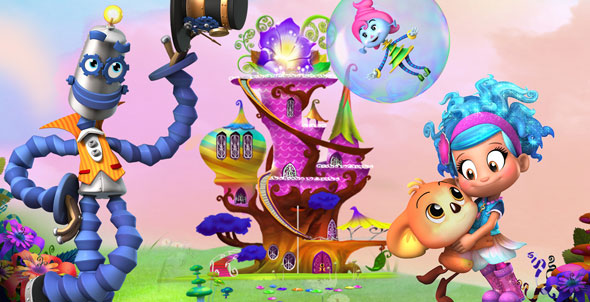 This is one you’ll want to watch with your kids: created by Guillermo de Toro and with voices from Kelsey Grammar, Anton Yelchin and more, it’s shaping up to be a quality series for children based around a 15-year-old’s adventures.

Culture
Film
News
EDITOR’S PICKS
Ain Dubai will open with fireworks, live music and a drone show
READ MORE
Incredible Aura SkyPool to open in Palm Tower this November
READ MORE
Brit Grand Slam hero Emma Raducanu confirmed for Mubadala Tennis
READ MORE
What’s On Nightlife Awards 2021: Here are the nominees...
READ MORE
MOST POPULAR
Free parking announced in Dubai on Thursday, October 21
Atlantis the Palm's Culinary Month is back with some amazing restaurants
7 fun spots to celebrate Halloween in Dubai with the family
The best places to watch the spectacular Ain Dubai fireworks show
This brunch serves up delicious Arabic dishes and non-stop captivating entertainment
YOU SHOULD CHECK OUT
Our website uses cookies and other similar technologies to improve our site and your online experience. By continuing to use our website you consent to cookies being used. Read our privacy policy here.