A long-weekend in Baku, Azerbaijan

A seaside city of five million that looks like a cross between Paris, London and Tehran – the eccentric capital of Azerbaijan is just a two-and-a-half hour flight from the UAE.

The patchwork history of Azerbaijan (and the fact its land has been the site of conflicts involving Arabs, Turks, Persians and Russians) means its capital Baku feels like the exact point in the globe where East meets West (even more so than Istanbul). Here’s how to explore this vibrant city on the Caspian Sea…

The sandstone, walled Old City (Icheri Sheher) is mightily impressive and is smack-bang in the centre of Baku and so easy to access. The wall that surrounds the medieval town was built in the 1100s, and the streets of the 12th century neighbourhood are winding and confusing. But stroll around long enough and you’ll stumble across some delightful finds. Here are a few essential things to do. 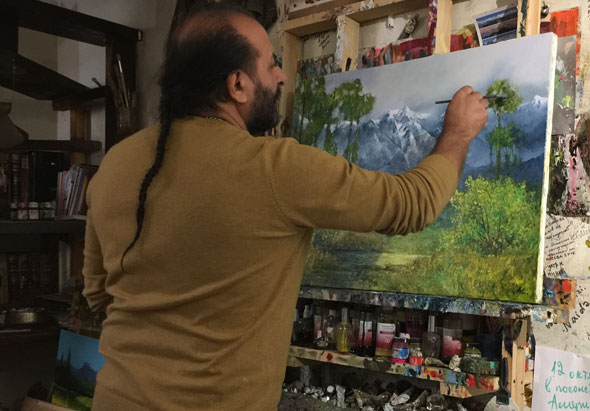 Head down Little Castle Street and you’ll see a tree with a woman’s face painted on it. Stop here, as the house right next to the tree is the studio of eccentric local artist Ali Shamsi. Pop into his studio and it’s a safe bet that within five minutes he’ll have you painting on one of his watercolours and talking about the meaning of life. 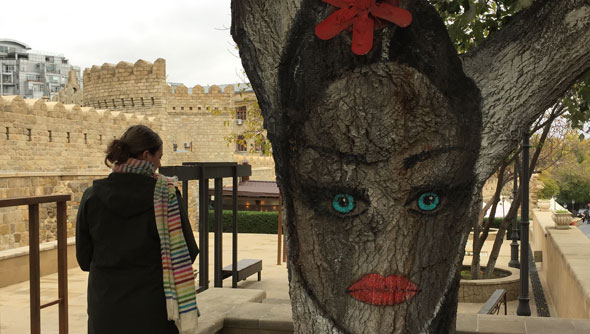 Palace Of The Shirvanshahs 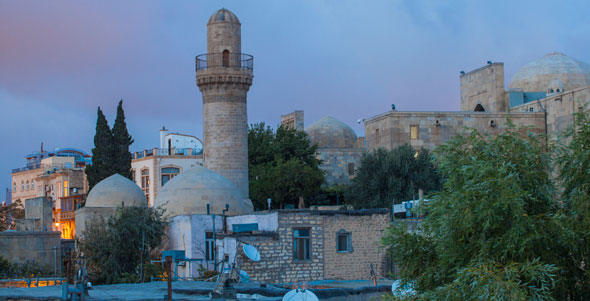 The palace at dusk

In the 15th Century the rulers of the Persian-Arab Shirvanshah dynasty moved their capital to Baku after an earthquake and built a palace and place of worship in the centre of the Old City. Today, historians still argue over whether the palace was built as a residence or a memorial, but either way it’s an evocative place to visit: even more so due to the bullet holes that riddle the walls from the 1918 conflict between the Armenians and Azeris. 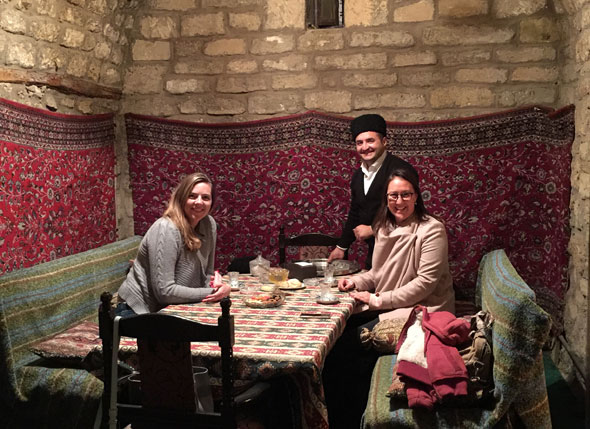 The What’s On team on the watermelon jellies

In the 15th century many traders from East Asia would find themselves in Baku as they travelled along the Silk Road. They would take shelter in caravanserais, the bed and breakfasts of the Middle Ages. Today you can take tea, watermelon jelly and shisha in these warm private rooms. The windowless cocoons feature open fires, ancient carpets and are magical places to relax. Make sure to ask your waiter if you can check out the underground part of the caravanserai, where traders from Oman, Guangzhou and Kathmandu would park their camels.

Shrouded in folklore, the 29m stone tower stands in the Old City. Legend has it that a heartbroken ‘maiden’ ordered the tower to be built simply to jump to her death. Don’t let that gory story put you off visiting. There’s a cracking city view to enjoy. She was probably just too preoccupied to appreciate it at the time. 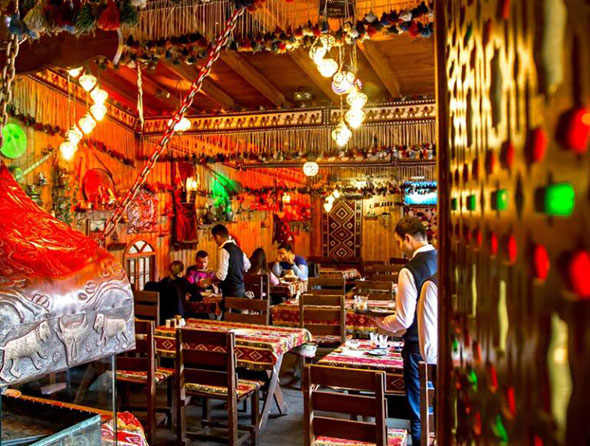 While you’re in the Old City make sure to stop for a traditional Azeri breakfast at Manqal – a magical wooden chalet that serves egg dishes, fresh pomegranate juice, gutab (a form of pancake, opt for the pumpkin one), grilled meats and delicious thyme tea. The waiters here were lovely once we got chatting to them, catering to our every whim before we’d even expressed them. It gets busy, so be prepared to wait for a table. 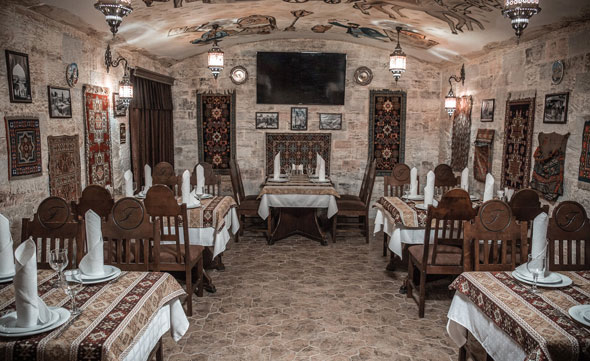 Another very traditional and excellent restaurant is the underground and cavernous Firuze, which is just off of Fountain Square (smack bang in the centre of the city). Go here for dinner, order the lamb sadj, which comes served over hot coals on a flat griddle, and be prepared to eat like a Shah for less than Dhs50. Oh, and order a pilaf too: they take the rice dish very seriously in Baku – there are more than 200 types of pilaf in Azerbaijan. 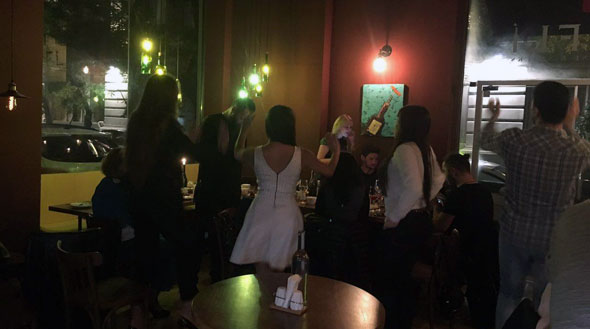 A favourite among the city’s twenty-somethings is the diminutive bar Kefli, where they serve only local grape from around Dhs4 a glass (facebook.com/kefliwinebar).

For a quick bite post drink, the doner kebab just down the road at Bir Iki are a street food highlight (facebook.com/birikibaku). 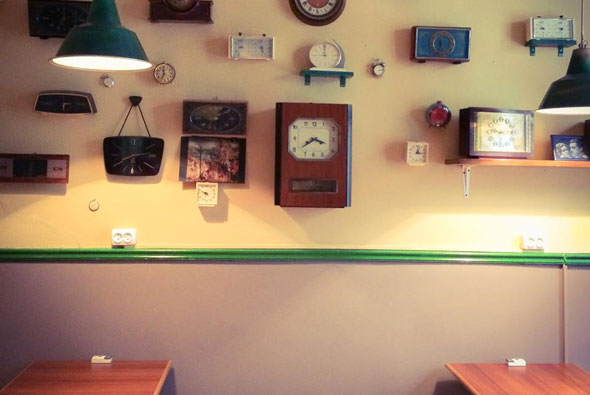 To hang out with a younger crowd over drinks, try Old School. Hidden in an alleyway in the centre of town, it looks like a charity shop from and is full of millennials playing backgammon and sipping tea (facebook.com/oldschool.cafeandshop). 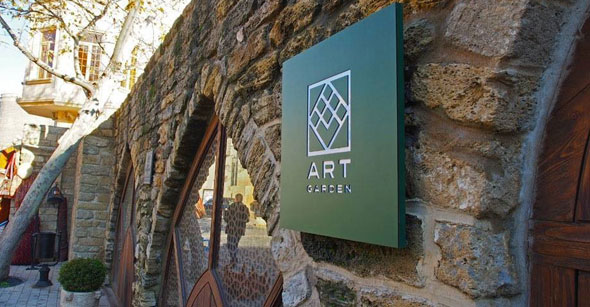 If you want entertainment with your dinner, Art Garden is a local restaurant in the Old City where musicians play Mugham music during dinner. Mugham is a dramatic form of folk music that’s like a blend of flamenco and maqam, and is often improvised. It’s so poetic, that Unesco dubbed it a ‘masterpiece of oral and intangible cultural heritage’ in 2003.

There are many carpet shops in Old City, but locals recommend one called the Flying Carpet Shop. Expect to pay around Dhs400 for a small silk Shirvan design.

THINGS TO KNOW BEFORE YOU GO

While the requirements change all the time, currently those holding a GCC passport can get a visa to Azerbaijan on arrival, whereas most European and sub-continental passports require a visa in advance (which can sometimes be obtained online). Call the Azerbaijani consulate in Abu Dhabi for advice before you plan your trip.

Azerbaijan’s primary industry is oil (although a local told us they are jealous of how pure our oil is in the UAE). With the drop in oil prices the currency, the manat, has taken a big dip. You can expect to pay around Dhs60 for a mid-range meal for two.

Azerbaijan and the UAE are in the same time zone, so you’ll suffer zero jet lag after your weekend here.

Baku gets sticky hot in the summer and bone-chilling cold in the depths of winter (thanks to those Caspian Sea winds). April would be a nice time to visit, but a winter break is lovely provided you bring a warm jacket, especially if you want to do a bit of skiing in Shahdag.

– Azerbaijan most recently became an independent country 25 years ago: it was part of the USSR until 1991.

– Azerbaijan was the first Islamic country to give the women the right to vote in 1918 (the first in the world was New Zealand in 1881). 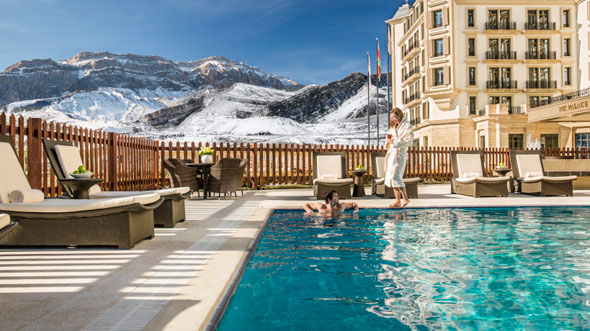 Dnata travel has an excellent Azerbaijan package that offers two nights at the Boulevard Hotel Baku (with breakfast) and three nights at the Pik Palace ski resort in Shahdag (with breakfast and dinner daily). You’ll also get return flights, private airport transfers and a private transfer between Shahdag and Baku. This will set you back Dhs3,000 per person (they’ll also advise you on getting a visa). Travel dates for this package are until March 31, 2017.

Travel
Travel Guides
EDITOR’S PICKS
UAE holiday dates announced for Eid Al Adha
READ MORE
Emirates extends suspension of flights from India to UAE again
READ MORE
Coming soon: Everything we know about Ain Dubai so far
READ MORE
Khorfakkan set to open new tourist attraction 580 metres above sea level
READ MORE
MOST POPULAR
It's Dhs350 to brunch, stay and play at the What's On Lock In this weekend
UAE weather: Temps of over 50ºC recorded in the shade yesterday
Get a free Expo 2020 day pass when you fly with Emirates
A popular fairy-tale is gracing the stage at The Theatre at Mall of the Emirates in August
UAE petrol prices will increase again in August 2021
Exclusive interview: John Cena on his role as a 'douchey Captain America'
YOU SHOULD CHECK OUT
Our website uses cookies and other similar technologies to improve our site and your online experience. By continuing to use our website you consent to cookies being used. Read our privacy policy here.