This is set to be Dubai's most expensive hotel

If there’s one thing Dubai has a lot of, it’s eye-wateringly-fancy hotels – and the emirate’s resort game is about to get even hauter, with a Bulgari Resort and Residences opening later this year on Jumeirah Bay Island (which yes, is a brand new island).

Oh, and that’s not all, when it opens later this year, the Bulgari hotel will be Dubai’s most expensive hotel: “You can count on the fact that they [the hotel room rates] will be by far the highest in the market,” Bulgari’s executive vice president Silvio Ursini told Gulf Business.

“We think the facilities here, the beach and vicinity will justify that, but also the size of the rooms which will be very generous.” 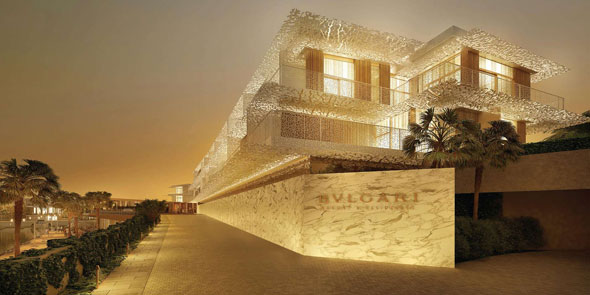 Here’s a rendering that gives an idea of what the hotel’s exterior will look like.

If the rooms are “by far” the most expensive, the price will have to outstrip the Burj Al Arab: as an example, we just searched for a room on February 1 at the Burj, and the cheapest room is a touch more than Dhs10,000 a night.

SO WHAT WILL WE FIND AT THE MEGA-PRICEY HOTEL?

– It will be smack bang in the middle of Jumeirah Bay: a six million square foot mixed-use island being developed by Meraas (the people behind City Walk, The Beach etc).

– Jumeirah Bay will be accessible from Jumeirah Beach Road, via a new 300 metre bridge. There will be homes on the manmade island, as well as the hotel. Here’s where it’s located (as you can see, it’s basically directly opposite Mercato Mall):

– Back to the resort: it will stretch over a whopping 1.7 million square feet (which is more than a fifth of Dubai Mall’s internal space, just as an example).

– Restaurant-wise, there will be six restaurants along the marina promenade, as well as a sushi restaurant with a capacity for just eight people (now that’s exclusive: what, will Jiro of Dreams of Sushi fame be the chef there?).

– The resort will have 101 rooms and suites in the main building, as well as 20 hotel villas (which we imagine will be off-the-charts pricey). 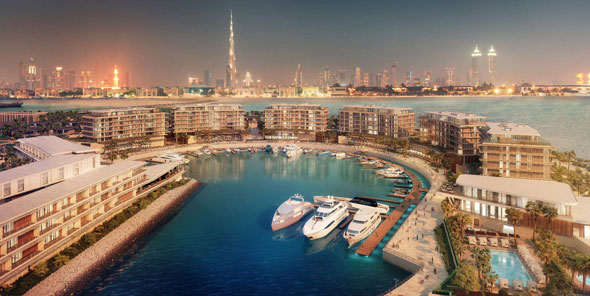 Another vision of what Jumeirah Bay will look like when complete. Nice Burj view.

– Want to live on the island permanently? Well, there will be 165 apartments on the manmade seafront spot, eight penthouses and 15 mansions. There will be six apartment buildings with apartments ranging from one- to four-bedrooms.

We’ll keep you posted when we know more – but if you want to get an idea of what the vibe at the resort might be, take a look at the other Bulgari resorts around the world, there are currently Bulgari hotels in Milan, Bali and London. 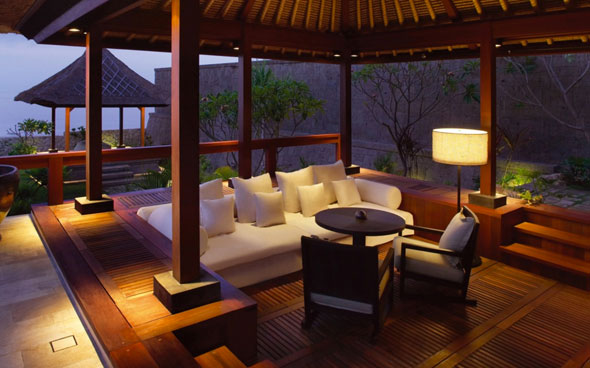 Staycations
Travel
EDITOR’S PICKS
Ramadan in Dubai: 40 iftars to try
READ MORE
Where can Dubai residents travel? Check out these 14 destinations
READ MORE
Rumours, facts and reveals: New Abu Dhabi bars and restaurants
READ MORE
UAE announces reduced working hours for Ramadan 2021
READ MORE
MOST POPULAR
Sheraton Mall of the Emirates has a lot to offer this Ramadan
Looking for a cosy long stay residence in Dubai? Check this out...
Have you spotted the new Talabat Patrol team on Abu Dhabi roads?
Iftar home delivery for one? Here are some options...
Stunning Australian restaurant Hunter & Barrel is now open
YOU SHOULD CHECK OUT
Our website uses cookies and other similar technologies to improve our site and your online experience. By continuing to use our website you consent to cookies being used. Read our privacy policy here.