The laws regarding pet ownership have just been made official, and one of them will change many people’s weekend dog walk ritual…

The issue of people keeping wild animals as pets in the UAE will now hopefully end, with the UAE’s President, H.H. Sheikh Khalifa Bin Zayed Al Nahyan, announcing an update to the UAE law yesterday.

There are currently many areas around Dubai where dogs are generally seen freely roaming with their owners nearby – such as the park near Zero Gravity and Al Qudra Lakes. We’ll look into whether these areas are affected and let you know, but the legislation certainly makes it sound like there are no exceptions when it comes to taking dogs off the leash.

“All dogs are required to be restrained by a collar and leash when on public property,” the law states. Dog owners will also be fined if they don’t vaccinate their dogs against dangerous diseases. All owners have until June to buy the necessary licenses.

These laws have been discussed for a while, but it’s only yesterday that they were signed, sealed and delivered.

FYI: You can get your pet registered at any accredited vet clinic in the UAE – just call the one nearest you to check.

WHAT ABOUT EXOTIC ANIMALS? 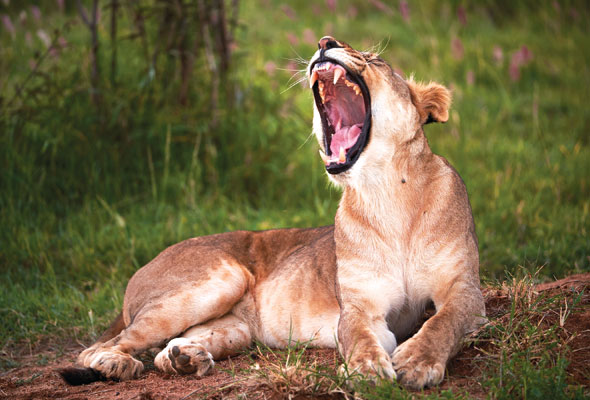 The new law also reaffirms the ban of wild animals – something that has been discussed for a long time, but has only now been published in the UAE’s official gazette.

“The law bans dealing in and ownership of all types of wild and domesticated but dangerous animals,” says the UAE government.

“Only zoos, wildlife parks, circuses, breeding and research centres are entitled to keep wild or exotic animals. The public is urged to report cases of wild animals being kept as pets.”

What’s the fine? Well, anyone who takes a leopard, cheetah, tiger, or any other kind of exotic animal out in public will face a jail term of up to six months and a fine ranging Dhs10,000 and Dhs500,000.

Also, “People who use an animal to attack a person will face a jail term of between three and seven years if the attack causes a physical disability. If the person is killed, the penalty will be life imprisonment. If other minor injuries are inflicted, a prison term of not more than a year and a fine of up to Dh400,000 will be given, according to the law.”

“Under the new law, those who use animals to terrorise people will face a jail term and/or a range of fines from Dh100,000 to Dh700,000,” reads the official government release.