What happened to the Reel Cinemas at JBR and City Walk?

Reel Cinemas at JBR and City Walk are no longer. Here’s the deal…

Tried to book a movie at the Reel Cinemas in JBR or City Walk this week and not been able to?

Well that’s because the theatres have just been rebranded as Roxy Cinemas – the City Walk location switched over on January 2nd and JBR’s changed just yesterday. Plus, there will be a third Roxy Cinema at Boxpark (we’ll let you know when that’s set to open as soon as we know).

While the fancier experiences at JBR and City Walk used to be called Premiere and Platinum, they’re now called the Editor’s Suite (which has spacious seats) and the Director’s Lounge (which is the equivalent of Platinum, reclining seats and all). 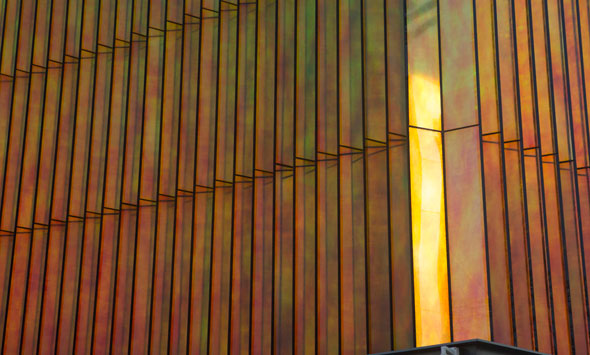 The exterior of the City Walk cinema

We popped into the multiplex at City Walk today to ask if the food offerings will be different – they said it hasn’t changed that much yet but that in a fortnight we’ll see a big difference.

You can book tickets for Roxy Cinemas here (although when we checked there seemed to be fewer screening times than usual, perhaps because it’s just re-opened and some of the screens are still being revamped).

Meanwhile, there are still Reel Cinemas in Dubai Mall and Dubai Marina Mall.

Reel Cinemas are operated by Emaar (the company that runs Dubai Mall and Dubai Marina Mall) while Roxy Cinemas are from Meraas (who developed City Walk and JBR).

Culture
Film
EDITOR’S PICKS
Bla Bla: Dubai's huge new beach club is set to open this Thursday
READ MORE
16 of the best beach bars in Dubai for sundowners
READ MORE
Watch: A look inside Conor McGregor's Dhs20,000 per night Dubai villa
READ MORE
Where to get the Covid-19 vaccine in Dubai, Abu Dhabi and across the UAE
READ MORE
MOST POPULAR
A huge off-roading adventure park will open in the UAE this February
In pics: Sheikh Hamdan shares incredible photos of the Dubai fog
Need a few laughs? These comedians are coming to Dubai in February
Is David Guetta going to perform in Dubai? It looks like it...
Amazonico Dubai launches new brunch and rooftop after-party
YOU SHOULD CHECK OUT
Our website uses cookies and other similar technologies to improve our site and your online experience. By continuing to use our website you consent to cookies being used. Read our privacy policy here.