Dubai’s royals are already getting involved in the Food Bank…

The Dubai Food Bank only launched last week, and its initiatives are slowly starting to kick off.

“I would like to thank my father and mother for this initiative,” the Sheikha says in the above video, “and I’m glad to get to do this charitable act along with my friends.”

“Always lead by example,” Sheikh Mohammed said in his caption on Instagram.

The food bank will distribute otherwise wasted food to those in need at both a local and regional level.

PS: We still don’t know how everyday people can volunteer with the Food Bank – it appears to be rolling out in phases, and initiatives shown in videos like the one above might be a sort of ‘soft launch’. We’ll let you know as soon as we have more info.

HERE’S THE MOST RECENT UPDATE ON THE FOOD BANK…

Five days after it launched, 85 hospitality companies have signed agreements with the Food Bank, which tallies up to more than 200 restaurants and supermarkets. Those involved already include Majid Al Futtaim Group, Carrerfour, Choithrams, Trade Centre and Jumeirah.

We now also know where its headquarters will be: there will be a storage facility built at Dubai Vegetable Market in Al Aweer. The plan is for its first campaign to distribute 30,000 meal packages to those in need. 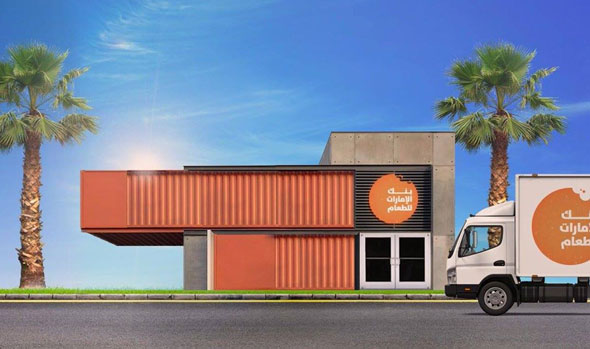 It will quickly grow too, and in the next few years it will have 15 branches, focused on providing emergency food relief.

For more detail on how the mechanism of the Food Bank will work, head here.