The Dubai Food Festival returns, with its most packed programme to date. Here’s our rundown of the foodie festivities not to miss… 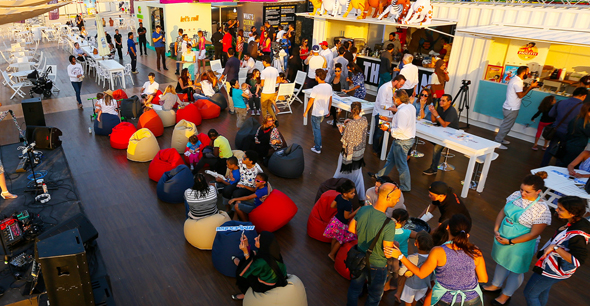 We’ve tried all of the offerings at Beach Canteen so you don’t have to. Fair warning though, you’ll want to….

Etisalat Beach Canteen is back this year, and it’s four times bigger than last year. The festivities kick off today, and run for 17 whole days.

It’s the same concept as the years before, with food stalls and activities galore, right on the beach. This year though, it’s moved from Kite Beach to Sunset Beach, and has morphed into a mini-city in the process.  There are still an endless array of activities including open mic nights, fun for kids, and a bunch of fitness activities for the health conscious (or the “I just ate a week’s worth of food in one sitting” conscious).

Food on offer includes sushi from Moshi, waffles from Wofl, sliders and tacos from Swag Truck, pizzas from Pitfire, and delicious, creamy pasta swirled around in a Parmesan bowl at Mia Strada. 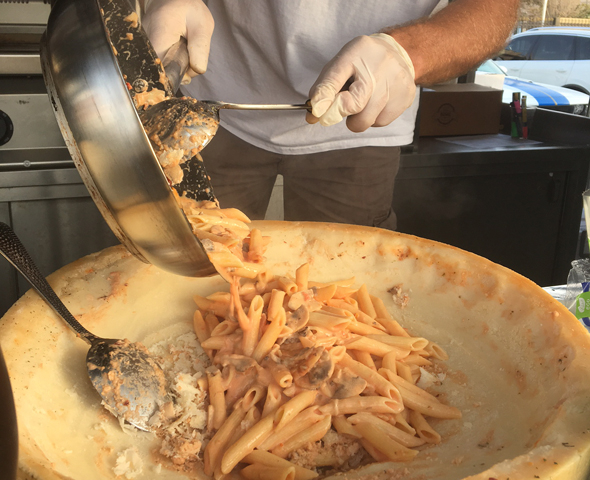 Ka-ak Al Manara will be serving up all of their Nutella/ cheese/ turkey goodness, sandwiched between crisp Lebanese sesame bread, there’s Seven Sands (and their droolworthy Sticky Date Pudding) and let’s not forget El Cubano’s heavenly Cuban sandwiches, inspired by the movie Chef.

If you’re feeling a bit more adventurous with your tastebuds, head over to The Inventing Room and try not to burn them off with the “World’s coldest Cheeto”, also known as Cheetos doused in liquid nitrogen. It sounds weird, and it definitely is, but it’s also strangely thrilling.

L’Occitane even has a stall offering hand massages – and that should be reason enough for a trip to the event.

The Al Islami Masterclasses will host a number of celebrity chefs showing us just how bad we should feel at our inability to sauté onions properly, before having us leave with a plethora of Michelin star-worthy recipes under our belt.

And while you gorge on all things bad for your waistlines, you’ll also be able to lounge on a beanbag under the stars for various food-related films every Friday and Saturday night. Personally, we’re hanging out for the Friends marathon featuring all the Thanksgiving episodes; “What’s not to like? Custard, good. Jam, good. Meat, good!”

Sometimes, though, we can empathize with Rachel and her inability to make a simple trifle. But we’re hoping that, after a few masterclasses, we might be able to make one without meat.

To celebrate Dubai Food Festival, 15 of the city’s top fine dining spots have signed up for this year’s Dubai Restaurant Week, making it a great time to sample some of the city’s finest dishes without earning yourself a concerned call from your bank manager. Here are our favourites of the Dhs199 menus on offer.

The Burj on a budget? It’s not something normally on offer, so the three-course dinner at Scape is a great way to gain entry to the hallowed seven-star halls. Choose from gazpacho or ceviche starters, Asian chicken or a wild mushroom pizza for mains and cheesecake or lemon tart for afters.

Choose from starters including beef empanadas and chorizo with crushed chickpeas before sampling mains, including the Argentinian steakhouse’s signature ancho ribeye. Not feeling carnivorous? There’s salmon or truffle risotto on offer too, while desserts include dulche du leche profiteroles.

One of the most varied menus on offer, with a choice of four starters including beef tartare or seared yellow fin tuna, mains such as veal short rib or chargrilled tiger prawns with chilli crab, and desserts including a signature blackberry Eton Mess.

There are no choices on the Michelin-starred chef’s three-course sampler, but with his signature dish of fagotelli carbonara on offer to start, it’s still a great way to get a handle on his cuisine. Follow the famed pasta parcels up with a dish of yoghurt and spice marinated veal and a trademark tiramisu.

February 23 to March 4
Book your spot by visiting roundmenu.com/dubai/restaurant-week

Taking over Downtown Dubai’s Burj Park for just one weekend, expect a wide range of international eats at this fun festival celebrating the best of food truck culture. With dishes from the UK, USA and Singapore among others, as well as live music and activities, it’s well worth a weekend wander. Just don’t forget to grab some napkins.

Can’t decide which food truck to spend your dirhams on? Here are our top picks (for a full run down on even more of the food trucks you’ll find  there, head here…) 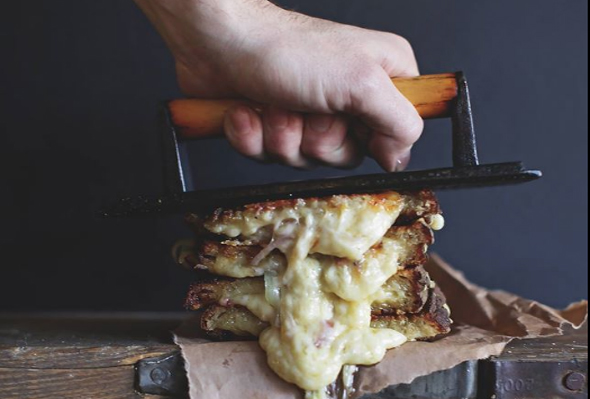 Celebrating British cheeses in one of the most honourable ways possible, The Cheese Trucks specialises in the humble but irresistible grilled cheese sandwich. Normally found trading in a bright yellow, converted 1973 ice-cream van, The Cheese Truck has received many accolades for their obscenely oozing, cheesy creations. thecheesetruck.co.uk

The Roadery are creative chefs finding the magic in the ‘forgotten cuts’ of meat that deserve a place on our plates. Their British ‘nose to tail’ food is served from the hatch of a beautiful 1979 Renault Estafette van. Portions are known to be generous and stuffed with British ingredients. Highlights include their brasied ox cheek sourdough sarnie. roaderyfood.com

Get ready foodies, this is one event that will have you drooling! Straight from the streets in the UK, USA and Singapore to the trucks here in #Dubai, @EatTheWorldDXB returns for a delicious three days on 23 – 25 Feb ? For more information on #DubaiFoodFest 2017 highlights, head to our website (link in bio) #DubaiFoodFest #DubaiDines #DubaiFoodie . أنتم على موعد مع ألذ النكهات وأروع المأكولات والوجبات الشعبية من حول العالم من 23 إلى 25 فبراير في @EatTheWorldDXB! للمزيد من المعلومات، يمكنكم زيارة الرابط الموجود على حسابنا.

Eat & Drink
News
Restaurants
Things to do
EDITOR’S PICKS
Dubai hotels and restaurants to suspend entertainment until further notice
READ MORE
9 royal-approved Dubai restaurants
READ MORE
16 of the best beach bars in Dubai for sundowners
READ MORE
Where to get the Covid-19 vaccine in Dubai, Abu Dhabi and across the UAE
READ MORE
MOST POPULAR
8 of the best homegrown burger concepts in Dubai
Direct Etihad flights to Qatar from Abu Dhabi are inbound next week
Dubai Health Authority answers your questions regarding the vaccination
Expo Dubai 2020: What’s inside the Sustainability Pavilion?
Sheikh Hamdan launches project to renovate Al Fahidi Fort in Dubai
YOU SHOULD CHECK OUT
Our website uses cookies and other similar technologies to improve our site and your online experience. By continuing to use our website you consent to cookies being used. Read our privacy policy here.