Abu Dhabi’s oldest permanent structure will open its doors to the public next year.

The news comes as restoration work on the historic fort in the middle of downtown Abu Dhabi is expected to be completed in 2018.

In honour of the occasion, the fort will be hosting an exhibition – which opens to the public on Wednesday, March 8 – that will feature a public programme of talks and workshops about the conservation efforts and new development plans for the space. 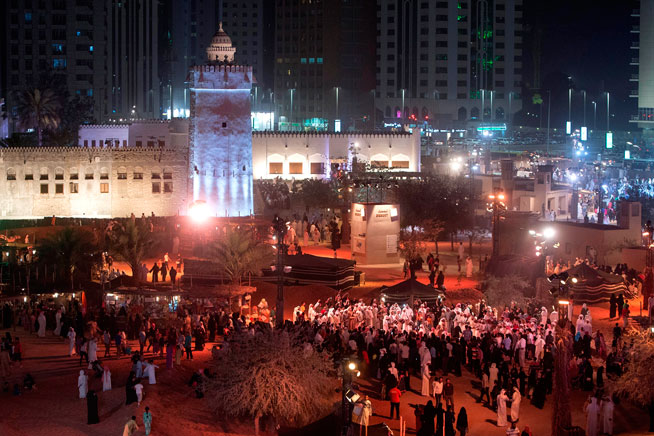 Qasr Al Hosn was constructed in 1760 as a coral and sea stone watchtower, used by the Bani Yas tribes in Abu Dhabi to guard the fresh water they had found on Abu Dhabi Island. The structure was then expanded during the reign of Sheikh Shakhbut Bin Dhiyab into a fort. The monument would continue to expand in the following years and would eventually include a royal residence for the ruling Al Nahyan family before becoming a museum and historical centre.

“The Qasr Al Hosn site sheds light on the rich fabric of our history, people and traditions,” said HE Mohamed Khalifa Al Mubarak, chairman of TCA Abu Dhabi. “We are honoured to be embarking on this monumental journey, the start of a year-long programme of activities that aim to preserve, restore and rehabilitate Qasr Al Hosn while preparing visitors for an opening in 2018.”

Culture
News
EDITOR’S PICKS
So, when is the next UAE public holiday in 2021?
READ MORE
All of the lavish new hotels set to open in Dubai in 2021
READ MORE
16 of the best pool passes in Dubai that are fully redeemable
READ MORE
All of the restaurants at West Beach, Palm Jumeirah
READ MORE
MOST POPULAR
Celebrate Christmas early with these 'Halfway to Christmas' brunches
Pics of the week: Your best photos of the UAE
What’s On The Bookshelf: Rom-coms great for reading on the beach
Book your holiday package from Dhs1,399 per person with Holidays by flydubai
Immersive cabaret concept The Theater Dubai opens its doors
YOU SHOULD CHECK OUT
Our website uses cookies and other similar technologies to improve our site and your online experience. By continuing to use our website you consent to cookies being used. Read our privacy policy here.