Will this much-anticipated opening satisfy patrons of the space’s former tenant, the Rivington Grill?

As soon as we stepped foot in the exposed-brick entryway, we were whisked up to see this Madinat Jumeirah restaurant’s prime spot.

Nestled in a private courtyard sat an intimate table for two, with a priceless view of the Burj Al Arab, and a likelihood to see many an engagement before the year is out. 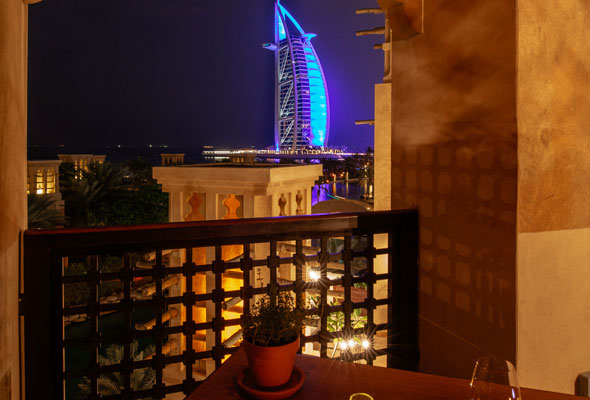 If only we had someone ready to propose to us…

But, alas, as a platonic duo with no intention of putting a ring on it, we took a table downstairs, in the multi-storey space formerly occupied by the once-beloved Rivington Grill.

However it was no relegation — after weaving through a warm, wood-heavy interior, the air humming with instructions from the open-plan kitchen, we stepped out on the terrace. Blanketed under a pine canopy dripping in foliage was a splay of rustic tables, surrounded with cushioned-lined banquettes.

A central stream of marigold-hued bulbs created a soothing ambience after the sun dipped beneath the sea and we were handed our leather-bound menus. 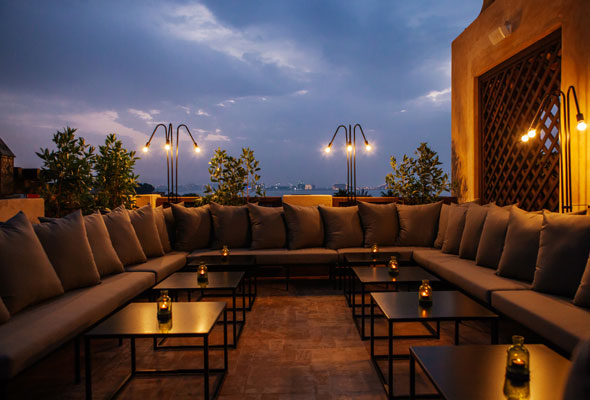 Now, a word of warning to those who don’t like to share – it’s hard to be selfish here. The modern European cuisine is broken down into 24 small savoury plates, designed to be mixed and matched. Nick Alvis and Scott Price, of Taste Kitchen fame, are behind the concept, where each dish is based around four key ingredients. So while it’s not overcomplicated, that’s not to say the menu isn’t refined – think a mousse here, an experimental crumble there.

We began with the sage eggy bread (Dhs45), an expertly fried slather of fluffy dough coated in an aromatic infusion of herbs. Dotted with a tangy onion confit, crunchy spelt and some crispy fresh sage, this will have you nostalgically reminiscing about your nan’s home-cooked stuffing. 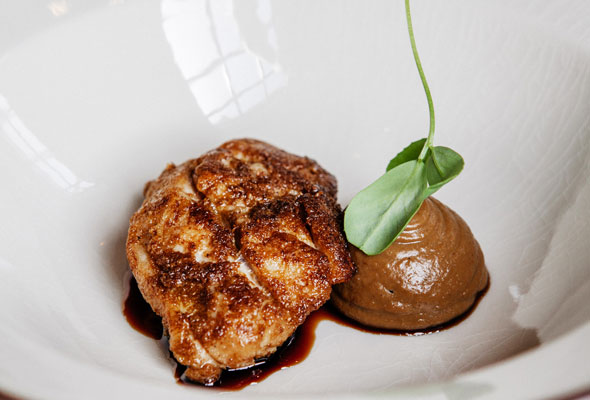 We also agreed to sample a dish we initially thought would be more at home on a Fear Factor eating challenge – and were pleasantly surprised by the sweetbread (Dhs70). Drizzled in a rich jus and served with a cepe (that’s mushroom to the rest of us) mousse, the tender meat was singed just enough on the outside while yielding a juicy inside that had us scratching offal off our dining black list.

The eryngi mushroom, curry and cashew nut (Dhs45), however, left us a little perplexed. While the Pad Thai-esque topping had us desperately in need of a big tub and a spoon, the mushroom lying underneath was a little too rubbery for our liking.

Yet when it came to the meatier dishes (quite literally), the sirloin of beef (Dhs100) – pink, tender and woody – didn’t disappoint. The creamy quenelle of potato gratin made an excellent bedfellow, while a salty, pungent serving of wilted-down leek amped up the flavour. 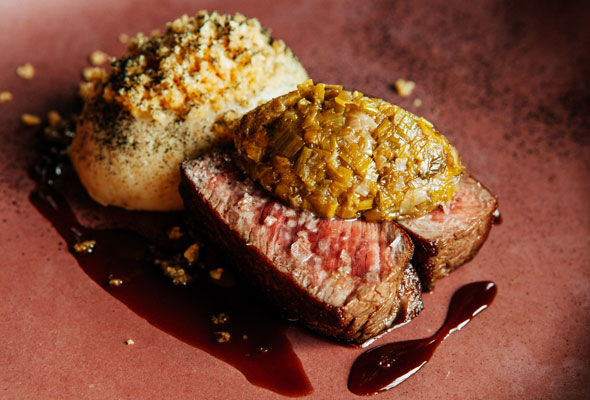 Steak and potatoes: our dream meal

While folly can more than accommodate a vegetarian, if you’re averse to meat or fish this probably isn’t the right spot for you. But neither is it going to become your local for a slab of rib eye and a pint.

Where Folly has succeeded is by taking the fine dining concept, simplifying it, and teaching it how to enjoy a good sunset. 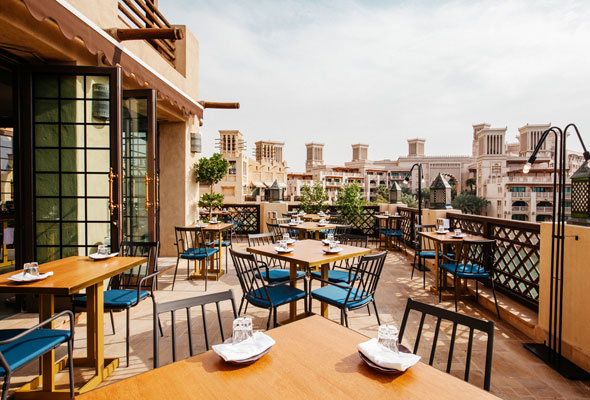 Eat & Drink
News
EDITOR’S PICKS
UAE holiday dates announced for Eid Al Adha
READ MORE
Another update: Emirates extends suspension of flights from India to UAE
READ MORE
Coming soon: Everything we know about Ain Dubai so far
READ MORE
Khorfakkan set to open new tourist attraction 580 metres above sea level
READ MORE
MOST POPULAR
It's Dhs350 to brunch, stay and play at the What's On Lock In this weekend
Barasti revamps its summer tent with stellar daily drinks deals
Enjoy dinner and a show 68 floors high in Dubai
New films to watch in cinemas this week: July 29 to August 4
16 Abu Dhabi pool pass deals that are so hot, they're cool
9 amazing things to do in Abu Dhabi this weekend: July 29 to 31
YOU SHOULD CHECK OUT
Our website uses cookies and other similar technologies to improve our site and your online experience. By continuing to use our website you consent to cookies being used. Read our privacy policy here.