Is there something lurking in the depths off the coast of Fujairah?

The emirate of Fujairah is known, thanks to its great beaches, as a place where Dubaians can spend a relaxing long weekend away without having to leave the country.

Swim out any more than a couple of kilometres from the shore, however, and the seabed goes from a gentle slope to a sheer cliff drop, plunging some 2,000 metres to the bottom of the ocean. 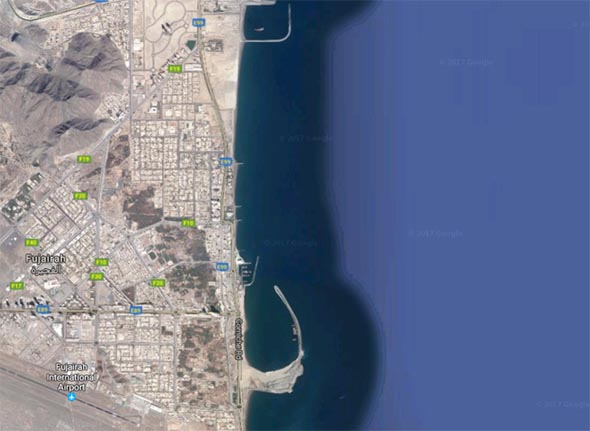 It is here, in the depths of this deep-sea abyss, that a team of international scientists hope to discover traces of sperm whales, one of the planet’s the largest living predators.

Previous documentation from two decades ago showed that sperm whale activity was reported east of Fujairah Port, with at least two carcasses of the underwater mammals having washed up to shore in the intervening years.

Backed by Fujairah’s Crown Prince, Sheikh Mohammad bin Hamad Al Sharqi, the first objective of the study will be to determine if the whales do in fact still live in the area. This will involve a number of methods including underwater microphones, to pick up the clicks and calls that the animals use to communicate amongst each other, hunt for prey and navigate the oceans.

If the team of researchers from Five Oceans Environmental Services successfully confirm the presence of sperm whales, they will then proceed to study the creatures in more depth, looking to understand, amongst other things, their behaviour, population status and migration habits.


While the study will primarily focus on finding out if these mysterious sea creatures do inhabit the waters off our coast, the team also expects to encounter other kinds of whales, dolphins and marine life during the study.

The better we can understand the habits of marine mammals that live off Fujairah’s coast, the better they can be protected from threats such as fishing and poaching.

There are plans to set up a dedicated website and social media accounts for the study so members of the public (and keen whale enthusiasts!) can keep up to date on how things are coming along. We will update this story once these go live.

Sport & Fitness
EDITOR’S PICKS
13 Sheikh Hamdan-approved restaurants in Dubai
READ MORE
Dubai brunches temporarily banned in new preventative measures
READ MORE
12 upcoming Dubai mega-projects we can't wait for
READ MORE
16 of the best beach bars in Dubai for sundowners
READ MORE
MOST POPULAR
Breaking: Dubai extends preventative measures until mid-April 2021
Enjoy brunch, breakfast and a stay at Westin Abu Dhabi from Dhs432
Get a free gym class at this cool new Dubai gym
Pics of the week: Your best photos of the UAE
Emirates Airlines and DHA to implement digital verification of traveller medical records
YOU SHOULD CHECK OUT
Our website uses cookies and other similar technologies to improve our site and your online experience. By continuing to use our website you consent to cookies being used. Read our privacy policy here.