Another great production: Evita the musical is coming to Dubai Opera

The 40-year-old musical is coming to Dubai early next year.

We’ve had Mary Poppins, LA gangs, French revolutionaries – and next year the stage of Dubai Opera will be home to Argentinian icons, with Andrew Lloyd Webber and Tim Rice’s Evita coming to the theatre early next year.

Running from January 22 to February 3, the show tells the tale of Eva Peron, the first lady to Argentine president Juan Peron, who was dubbed the “spiritual leader of the nation” and whose image is still pasted on buildings across Buenos Aires.

The production will be staged by Broadway Entertainment Group (who put on Cats at Dubai Opera) and it features lyrics by Tim Rice and music by Andrew Lloyd Webber – and will, of course, feature the epic tune Don’t Cry For Me Argentina…

There will be 16 showings of the musical production in Dubai, which was released as a rock opera back in 1976 (and has been translated into 14 languages during its 40 years of success in the West End and Broadway).

“I am delighted that we will welcome this sensational production of Evita to Dubai Opera with its scintillating score incorporating classic Latin tangos and pasos dobles,” said Jasper Hope, Cheif Executive of Dubai Opera. “Love her or hate her, there’s no doubting the impact of this incredible woman’s story on Argentina and the world”. 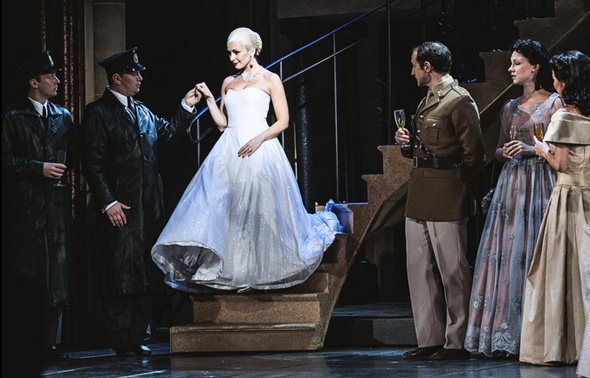 Ticket info and prices will go on Dubai Opera’s website soon (and we’ll keep you updated here too).

Culture
News
Theatre
EDITOR’S PICKS
Bla Bla: Dubai's huge new beach club is set to open this Thursday
READ MORE
16 of the best beach bars in Dubai for sundowners
READ MORE
Watch: A look inside Conor McGregor's Dhs20,000 per night Dubai villa
READ MORE
Where to get the Covid-19 vaccine in Dubai, Abu Dhabi and across the UAE
READ MORE
MOST POPULAR
Market on the Creek: Dubai Festival City Mall launches outdoor market
Conor McGregor shares Abu Dhabi yacht snaps ahead of UFC clash
Discover Mall of the Emirates' cool new concept store, THAT
Check out these incredible images of Dubai's 'Love Lakes'
Short+Sweet Dubai is back for its ninth year starting this weekend
YOU SHOULD CHECK OUT
Our website uses cookies and other similar technologies to improve our site and your online experience. By continuing to use our website you consent to cookies being used. Read our privacy policy here.