Written by:
Ashleigh Stewart
2nd May 2017

Mary Poppins is at Dubai Opera from May 1 to 25, so here’s a look at the 83-year journey that has taken the world’s most magical nanny from a creepy book character to a supercalifragilistic onstage icon

One of the most popular Disney movies of all time is capturing imaginations in a whole new way: as a practically perfect musical. Based on the books by PL Travers and the classic Walt Disney film, Disney And Cameron Mackintosh’s Mary Poppins delighted Broadway audiences with more than 2,500 performances and received nine Olivier and seven Tony Award nominations, including Best Musical – and now it lands in Dubai. 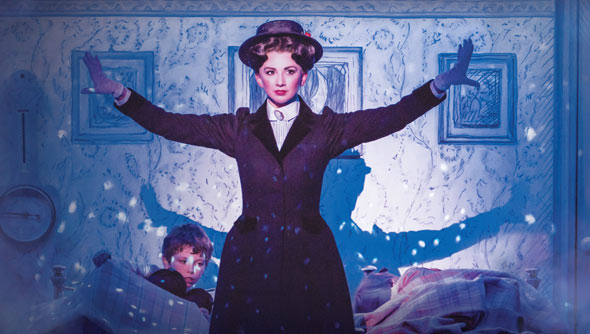 For many, it’s hard not to imagine Mary Poppins as anyone other than Julie Andrews. The 1961 Disney movie of the same name became a cult classic, introducing Mary as the magical nanny who blows in with the east wind to take charge of the two naughty Banks children.

Through many a sequence of song and dance, Mary’s own strict-but-kind (and mysteriously magical) style, a ditty or two from chimney sweep Bert, and the inevitable epiphany from George Banks on how to connect with his children, Mary leaves the household behind as a happy, functional family unit.

Andrews, who won a Best Actress Oscar for the role, endeared Mary to audiences worldwide – making it even harder to believe that the charming nanny is actually supposed to be a vain, ugly, Chim Chim Cheer-less character. 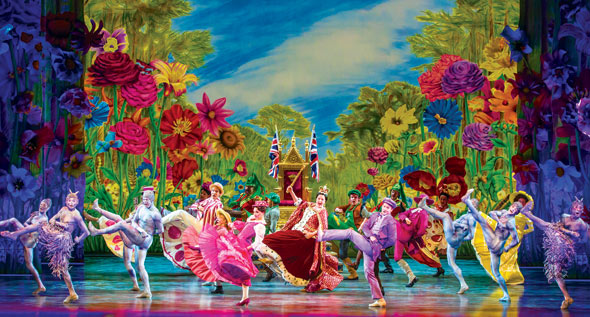 In 1934, PL Travers detailed the life of a nanny with magical powers, in the world’s first incarnation of Mary Poppins. The Australian writer, actress, and poet, whose real name was Helen Goff, wrote Mary as ugly, yet overtly vain, usually cross, and regimented in her rules, with other magical relatives.

Bert was a matchman, and there was never a hint of romance between him and Mary, there were five Banks children, and Mary returned to visit the children periodically over several years. Travers wrote eight Mary Poppins over her lifetime – the last in 1988.

Meanwhile, Walt Disney’s daughters had fallen in love with the story, and made their father promise to make a film. But when it came time for Disney to purchase the rights, Travers proved a stick in the mud, and rejected his attempts for 23 years.

When Travers finally relented, Andrews was cast as the lead, having just been pipped for the role of Eliza Doolittle in My Fair Lady. Disney even delayed production to allow then three-months-pregnant Andrews to give birth.

Upon release, Mary Poppins was a runaway success, garnering 13 Academy Award nominations, more than any other Disney film. It was the only Disney film to win a Best Picture nomination in Walt Disney’s lifetime.

But it wasn’t supercalifragilistic to everyone. 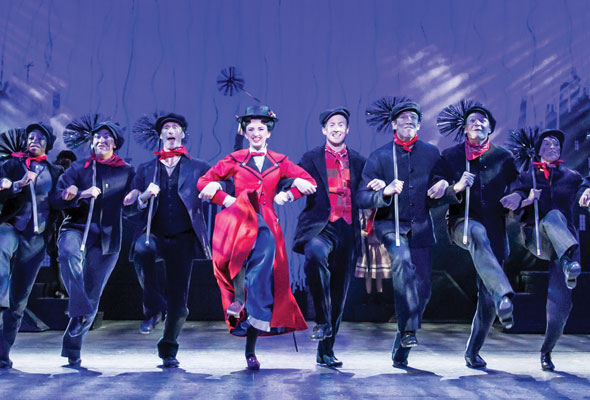 To say Travers was upset with the final film would be a dramatic understatement. She needed more than a spoonful of sugar to swallow the disappointment of what Disney had done to her characters. The novelist disapproved of the dilution of Mary’s harsh character, disliked the score, and hated the use of animation in the movie. The back and forth between Disney and Travers was retraced in the critically-acclaimed 2013 film Saving Mr Banks, starring Tom Hanks as Walt Disney, and Emma Thompson as PL Travers.

So, when it came time for a foray into musical theatre, legendary producer Cameron Mackintosh knew he was in for a challenge.

Still bristled by her experience with Disney, Travers agreed on a musical adaptation, but only on the agreement all the writers had to be English, and no one from the film production could be involved. Five years after her death, Mackintosh organised a collaboration with Disney Theatrical, allowing the musical to use the film’s songs. The stage adaptation pulled no punches, enlisting the help of Downton Abbey creator Julian Fellowes to write the book, and creating a slightly darker take on Mary that meant children younger than three were barred from theatres.

The production closed in London after a three-year run, but spent seven years on Broadway.

But it’s not the last we’ll see of our favourite nanny. Emily Blunt is set to reprise the role in Mary Poppins Returns, slated for a 2018 release.

Mary Poppins by the numbers

Just what does it take to send the largest musical production on tour?

– It takes 22 hours to dismantle one set, and three days (working around the clock) to reassemble it in the next venue.

– Sixty-four loads of washing are done each week in the wardrobe department.

– Each cast member has 19 sets of costumes.

– There are 600 props in the show, and each has to be accounted for in a checklist before each show.

There’s something about Mary

Q+A with Zizi Strallen, who stars as Mary Poppins 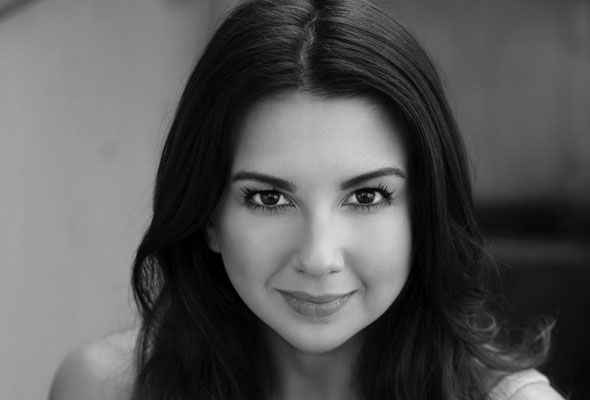 What are you most looking forward to about coming to Dubai?

It is my first time, so I’m really, really excited about it. [I’m looking forward to] seeing all the buildings, especially the new Opera House – I’ve heard its absolutely incredible.

You were named after your mother’s favourite ballet, (Zizi’s real name is Sylphide Charity Vaigncourt-Strallen, after Les Sylphides), your three older sisters are actresses, your parents performed on the West End, and your aunt is famous Broadway, TV and stage actress Bonnie Langford. Did you ever not want to be a performer?

It’s always been what I wanted to do. But when I was 11 I got into this really, really academic school and I did think maybe I should just go be a doctor or lawyer or something.

But in the end, I just ended up coming back. It didn’t take me long.

Is it weird playing a role previously filled by your sister? (Older sister Scarlett Strallen played Mary Poppins on the West End and on Broadway).

Not at all. When I first took the role I was worried about that, I thought there was a chance we’d be compared all the time. But she played that role ten years ago, and I think enough time has passed for a new generation, and a new Mary.

Has your sister given you any advice?

There are so many. One of my favourite things is to work with the kids, they’re incredible actors and they have these great personalities.

How do you get into character before each show?

Putting my wig on helps me get into character. I never really feel like Mary without my Mary hair on and my rosy cheeks and red lips. I look in the mirror and I think: ‘Ok, I’m Mary now’. Also just standing at the back of the stage and letting the gravitas of playing Mary Poppins sink in. That definitely helps.

If you weren’t an actress, what would you be?

That’s never even been a thought in my head.

Here is the stage being set…

Culture
Theatre
EDITOR’S PICKS
Ain Dubai will open with fireworks, live music and a drone show
READ MORE
Incredible Aura SkyPool to open in Palm Tower this November
READ MORE
Brit Grand Slam hero Emma Raducanu confirmed for Mubadala Tennis
READ MORE
What’s On Nightlife Awards 2021: Here are the nominees...
READ MORE
MOST POPULAR
Review: Niri Restaurant and Bar, Mamsha Al Saadiyat
Harlem Globetrotters are coming to Expo 2020 Dubai this October
New venue Urla brings coastal dining to the heart of Downtown Dubai
The Dubai Moonlight Classic is bringing carnival vibes to the city
6 cool things to do in Abu Dhabi this week: October 24 to 27
YOU SHOULD CHECK OUT
Our website uses cookies and other similar technologies to improve our site and your online experience. By continuing to use our website you consent to cookies being used. Read our privacy policy here.