May the 4th be with you! Celebrate Star Wars day with our Last Jedi preview

What’s On looks at what you can expect from the new Star Wars film when it’s finally released in December
Today is when Star Wars fans get to say the puntastic line “May the 4th be with you” – but the day has gone beyond being a simple gag to become an annual celebration of the sci-fi movies all over the world, with events happening in Dubai, the US and even Singapore.
So today is as good as any to give you the lowdown on The Last Jedi. The movie is the follow-up to 2015’s The Force Awakens (that one was filmed here in Abu Dhabi) and continues the story of Jedi Knight Luke Skywalker (played by Mark Hamill), his sister Princess Leia (played by Carrie Fisher, who tragically passed away after filming in December) and newcomers Finn, Rey and Poe Dameron, as they battle the evil First Order and wannabe Sith lord Kylo Ren. 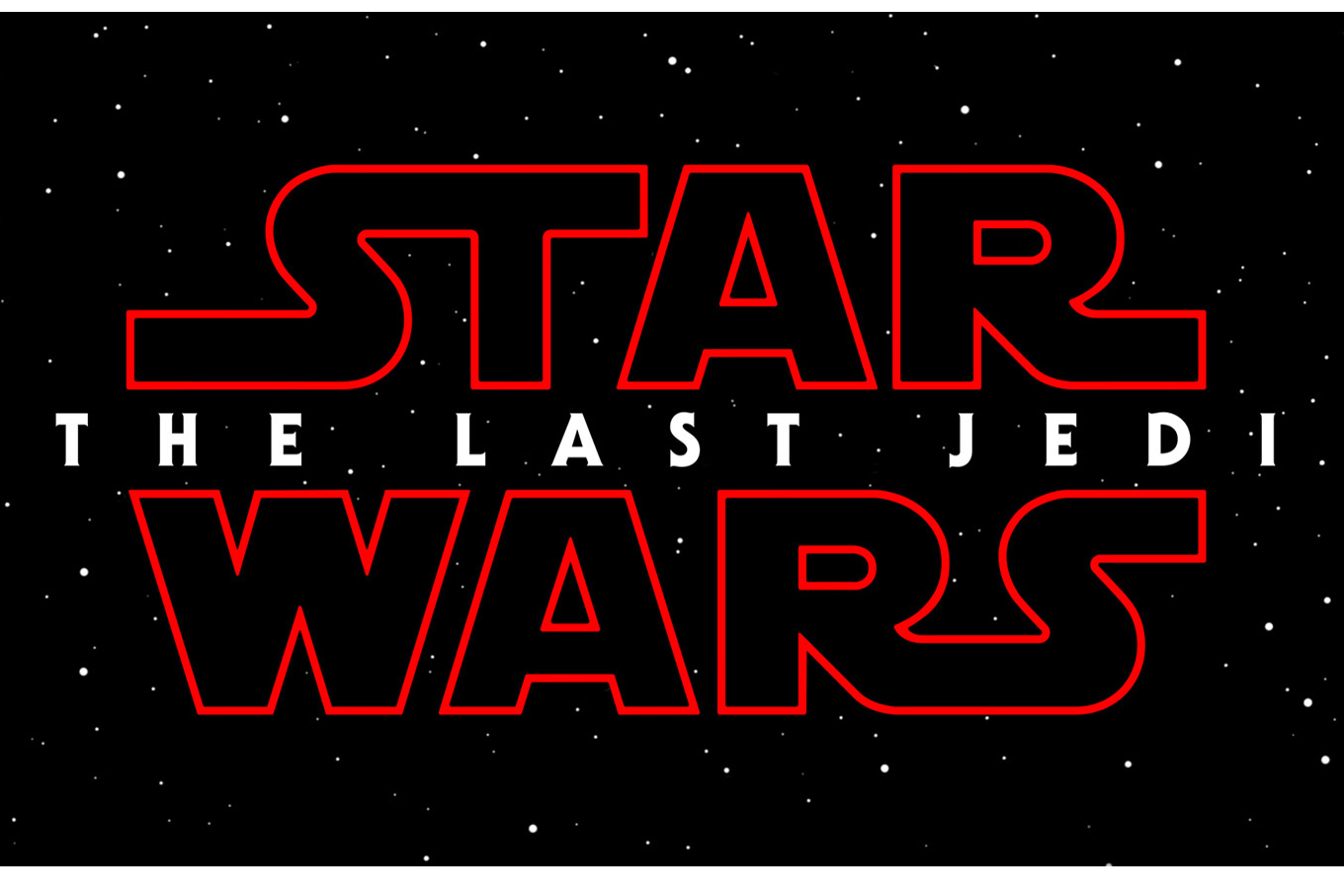 The Last Jedi hits cinemas in December and is directed by Rian Johnson (he worked with Bruce Willis in the sci-fi hit Looper and has also directed several episodes of the hit TV show Breaking Bad) and the most surprising thing about the film is how little we know about it.

Since the first teaser trailer was released two weeks, though, more and more info has slipped out about the movie’s storyline – and here’s our guide to what you can expect from the latest adventure set in a galaxy far, far away
The Last Jedi is singular 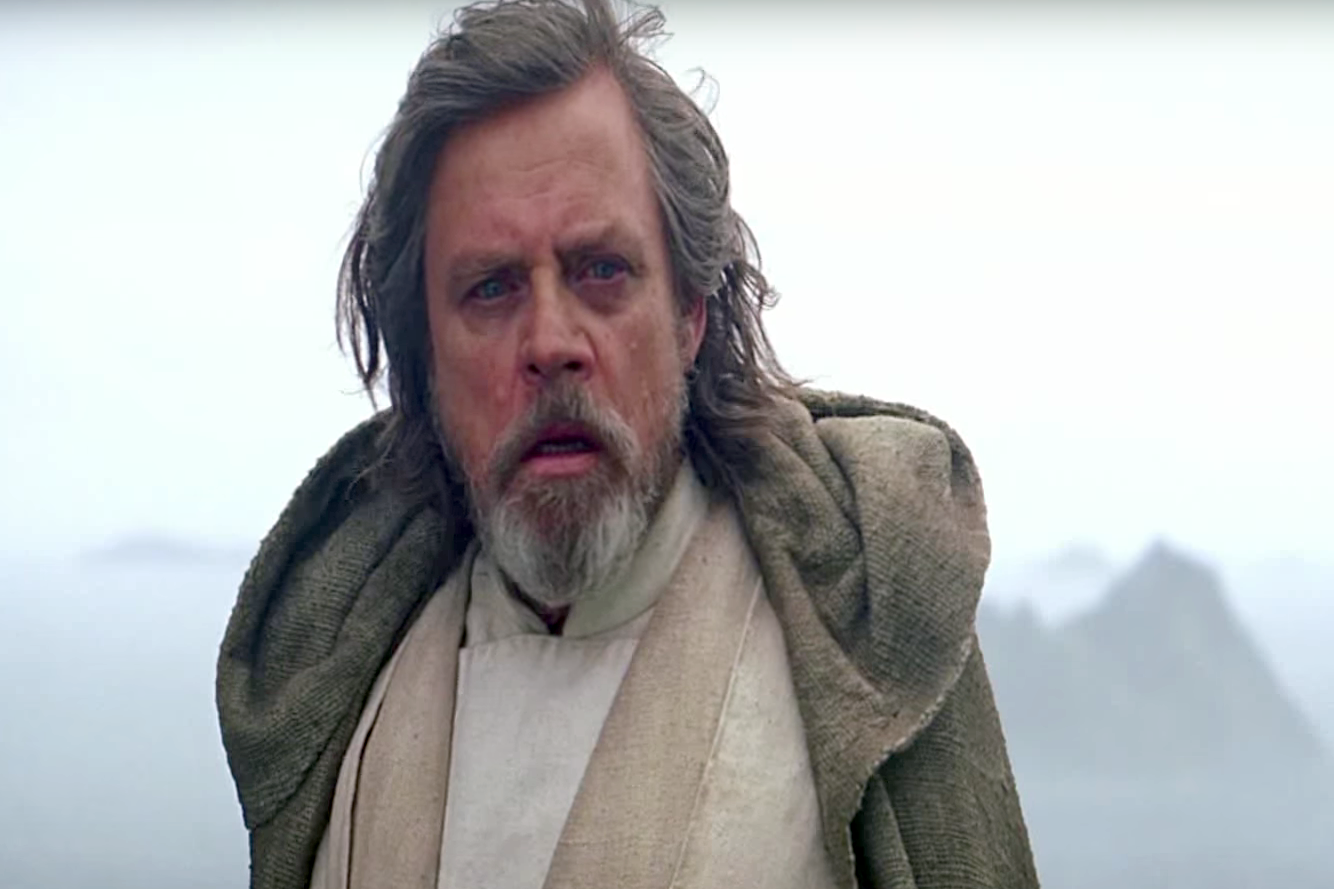 Since the movie’s name was announced, online geeks have been obsessing over its meaning – just who is the Last Jedi? Is it Skywalker, or newcomer Rey, played by British actress Daisy Ridley? Or both? Or someone else? Director Johnson revealed at April’s Star Wars Celebration in Orlando that it’s singular, and refers to Luke. The trailer starts with Luke training Rey to use The Force and be a Jedi, but ends with him ominously saying, “It’s time for the Jedi to end.” So what makes him change his mind during the film? You’ll have to wait until December to find out but one popular theory is that both the Jedi and their enemy the Sith will come to an end and be replaced with what have been called “grey Force users” such as Rey, who walk between the light and dark sides of The Force.
Yoda might be in it 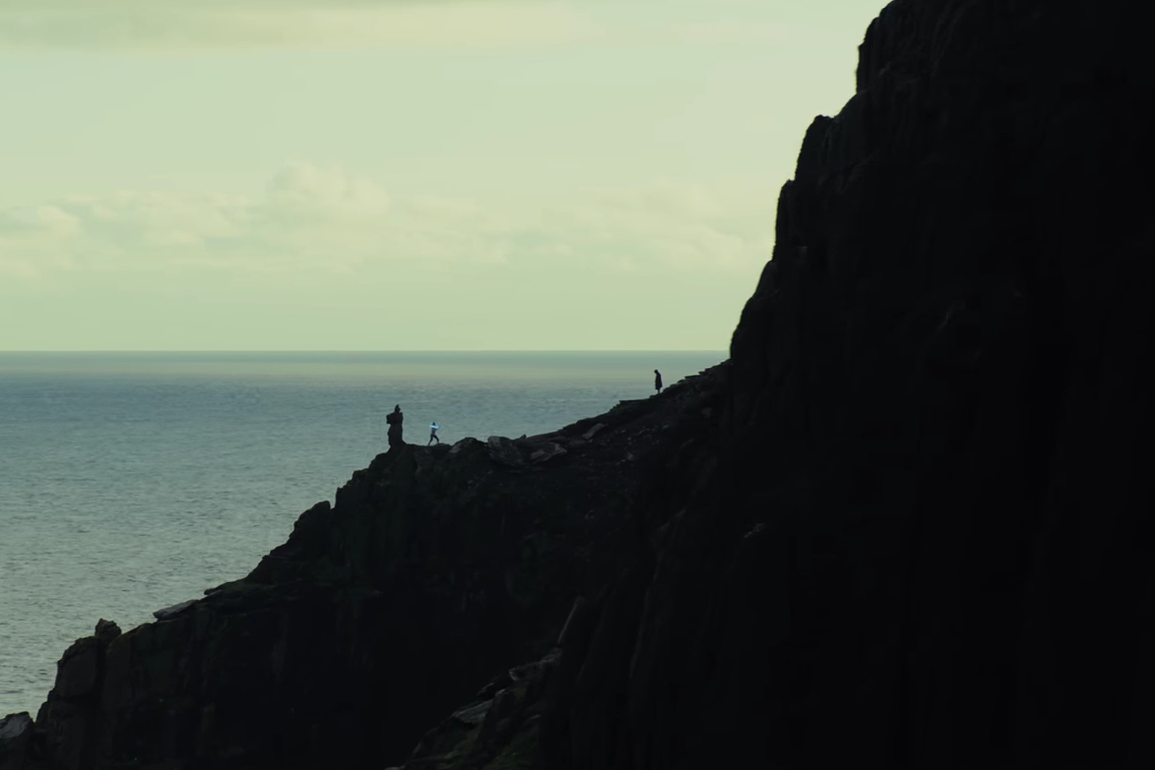 If you look closely at the trailer again, you’ll notice a weird-shaped blob on a rock during the scene where someone (we’re assuming it’s Rey) is wielding a lightsaber on a cliff. Rumour has it this is fellow Jedi Knight Yoda’s force ghost (it was last seen along with Obi-Wan Kenobi’s in 1983’s Return Of The Jedi).
It’s not a reboot of The Empire Strikes Back
As good as The Force Awakens was, it borrowed heavily from the original Star Wars trilogy. And the web has been drowning in rumours for some time that The Last Jedi is basically a reboot of the 1980 classic The Empire Strikes Back. That is a load of nonsense, according to director Rian Johnson, if this tweet is anything to go by.

There’s lots of new planets in the film 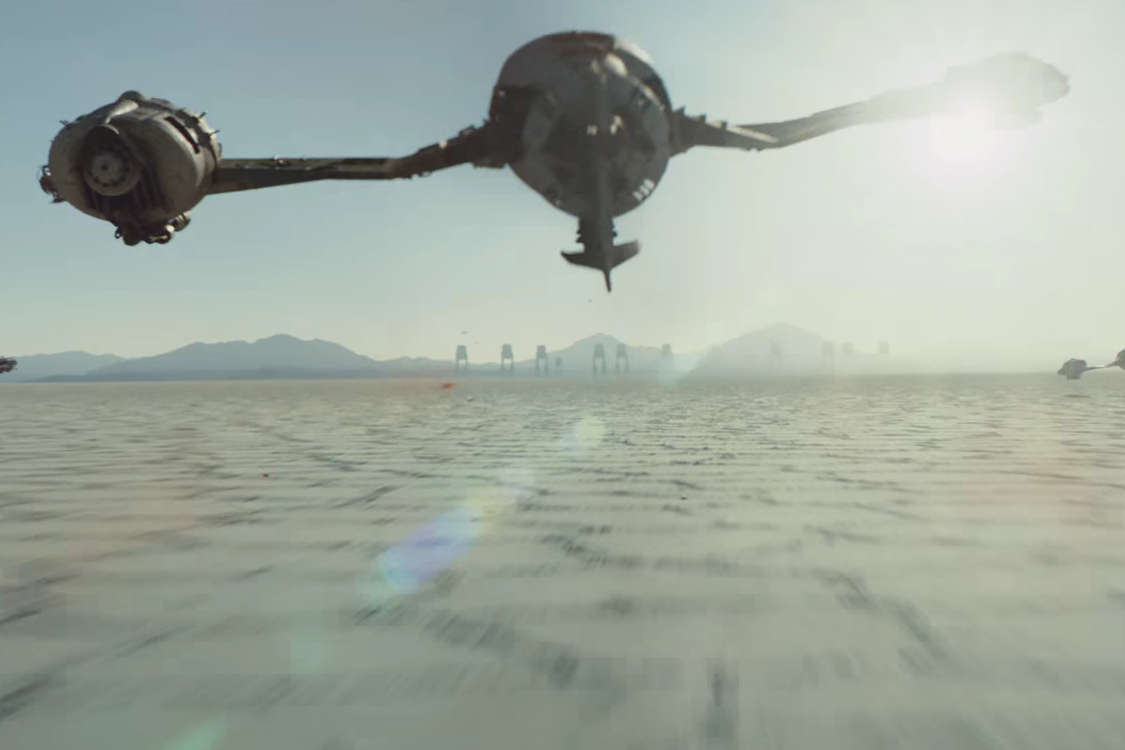 And one of them is called Crait and it’s in the trailer – it’s a white planet, with a surface made of minerals, and in the teaser, small fighters skim its surface as they approach a group of First Order walkers (called AT-ATs). Johnson again revealed crucial info about it in Orlando – it’s home to an abandoned rebel base. “It ends up playing a key role in the movie,” he says. Scenes were shot in Croatia, Ireland and Bolivia for the new movie.
Don’t believe everything you read (or see) on the web
The Force Awakens borrowed plenty from the original trilogy (storyline, similar-looking planets, rebels blowing up a big enemy space station that can destroy planets), and, according to social media, The Last Jedi trailer continues that theme, by copying the style of The Force Awakens trailer. Only it doesn’t, it’s a hoax. Someone re-edited The Force Awakens trailer so that it looks like Disney did it on purpose.

Check out what the Last Jedi and the Force Awakens teaser trailers look like compared to one another…. pic.twitter.com/gR5582QHIb

Something big will happen to Luke Skywalker 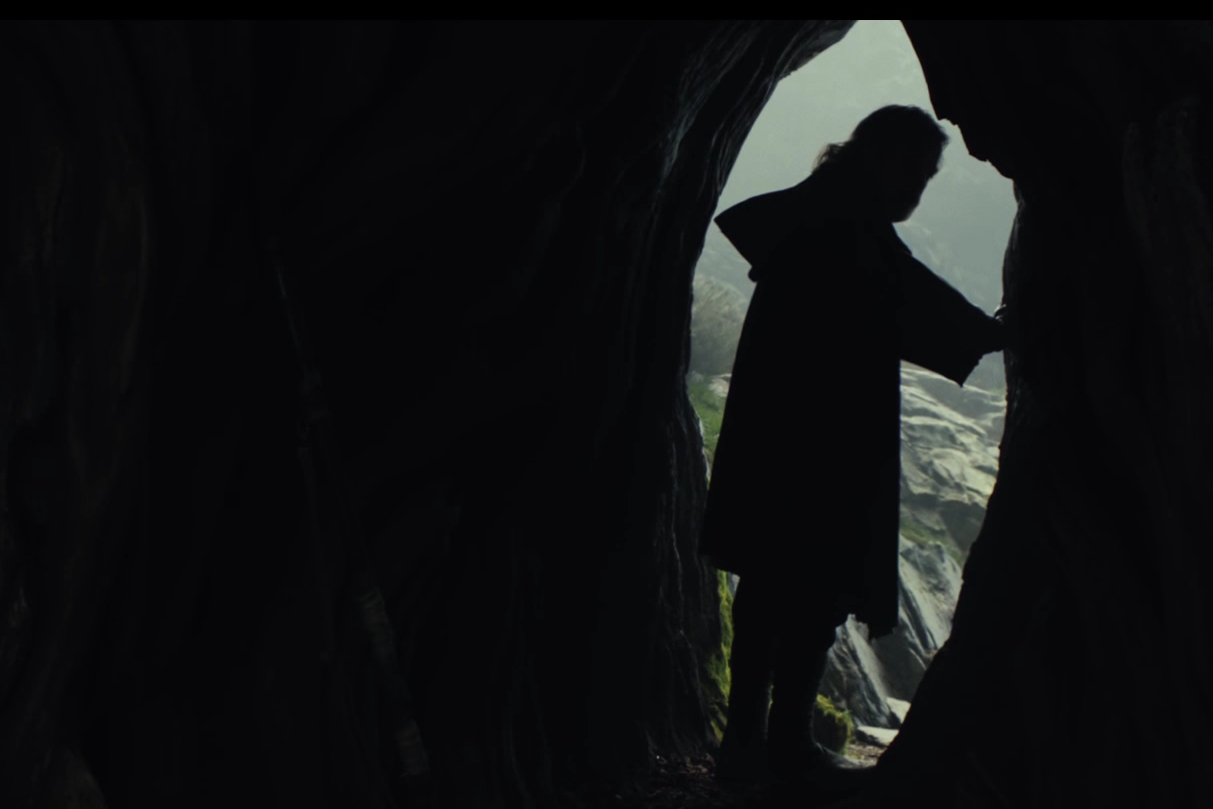 And actor Mark Hamill isn’t happy about it – so much so he complained to director Rian Johnson. “When I read Episode Eight I told Rian, ‘I fundamentally disagree with virtually everything you’ve decided about my character’. But it might be a good sign! Because I was really wrong about The Force Awakens.” Actress Daisy Ridley, who plays Rey, was quoted as saying in Orlando that her character’s meeting with Skywalker doesn’t quite go as planned. “It’s difficult when you meet your heroes because it’s not quite what you expect,” she said.
We still don’t know anything about certain characters
Disney have done a brilliant job of hiding the roles of several very high profile actors, including Laura Dern and Benicio Del Toro. Internet gossips claim Del Toro plays a character in the criminal underworld that wears an old-school outfit not dissimilar to Han Solo’s, but it’s all black. In contrast, his space ship is modern and “fancy looking.” Dern is rumoured to play a character called Admiral Holdo, a Resistance officer with a regal gown and pink hair. She clashes with hotshot pilot Poe Dameron (played by Oscar Isaac) in the film. Again, you’ll have to wait until December to find out if the rumours are true.
Kylo Ren’s scar has been moved 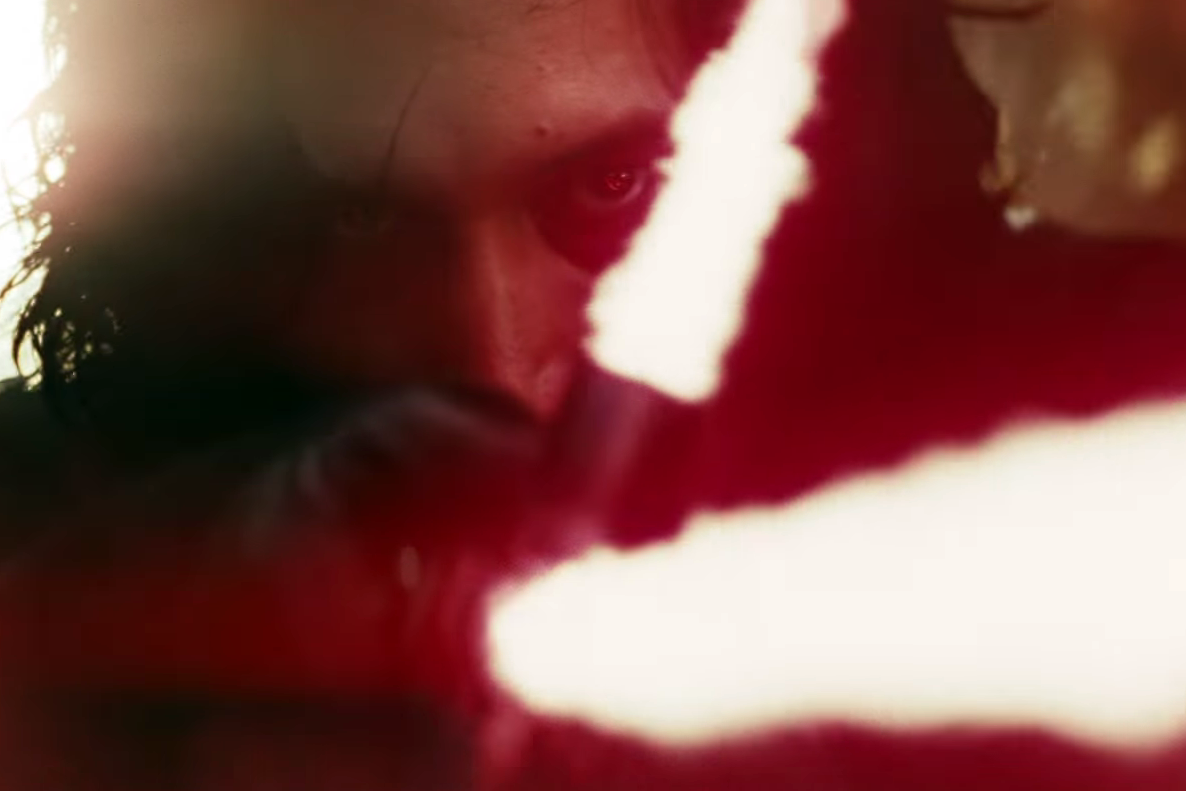 Force Awakens baddie Ren got a nasty cut in the face from Rey during their lightsabre battle in the movie and during filming for The Last Jedi, Johnson made the decision to move the scar slightly – which of course caused the internet to go into meltdown. Rian defended his decision in the tweet below.

@origonalname113 @mutlubulutlar @StarWarsNewsNet @TheLastKylo It was my decision to slightly adjust it, and that was my justification. It honestly looked goofy running straight up the bridge of his nose

This will be Princes Leia’s last Star Wars movie 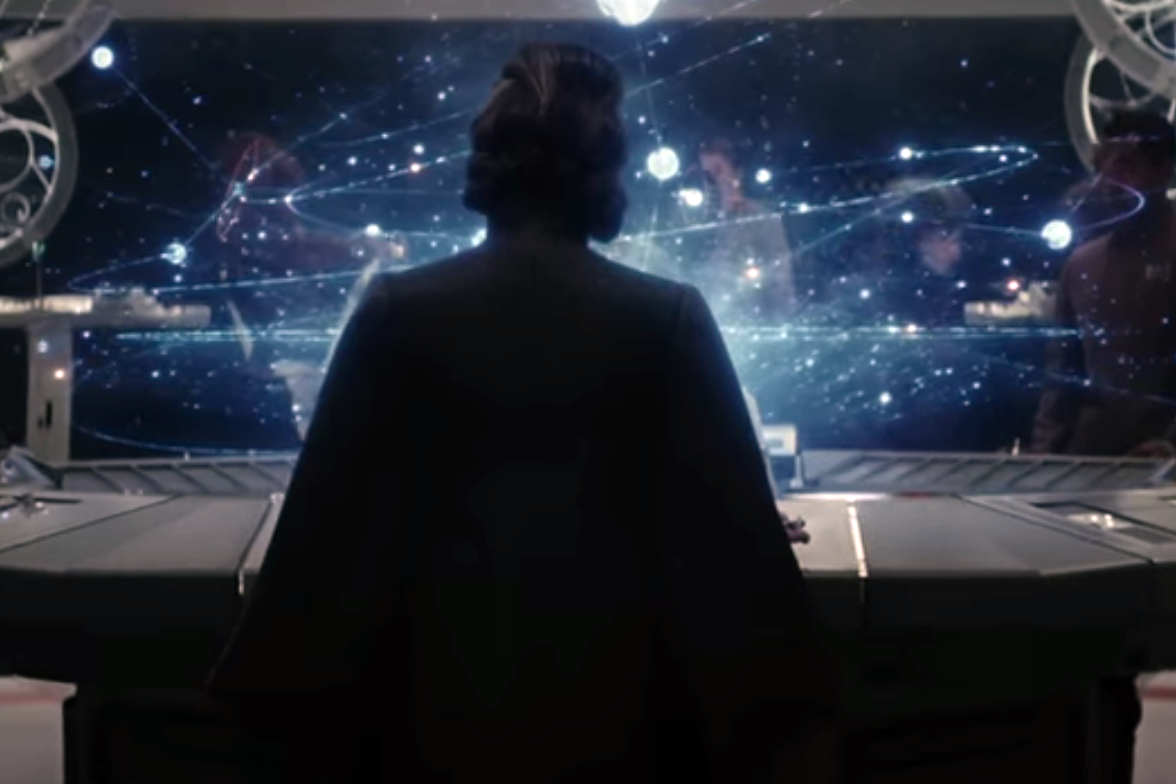 After Carrie Fisher’s tragic passing last December, there was speculation that Disney would use footage from The Last Jedi for Episode 9, which comes out in 2019. But it was confirmed in Orlando that this isn’t true. Her character though has a much bigger role to play in Episode 8 than she did in The Force Awakens.

Film
News
EDITOR’S PICKS
13 Sheikh Hamdan-approved restaurants in Dubai
READ MORE
Dubai brunches temporarily banned in new preventative measures
READ MORE
12 upcoming Dubai mega-projects we can't wait for
READ MORE
16 of the best beach bars in Dubai for sundowners
READ MORE
MOST POPULAR
Ladies, here's how you can win a chance to showcase your talent at Radisson Red
Dubai influencers must now declare free gifts to UAE tax authority
Wit woo: Check out Boomah, Abu Dhabi's first owl cafe
This stunning new restaurant brings Australia to Dubai
There's a dry night in Dubai coming up this week
YOU SHOULD CHECK OUT
Our website uses cookies and other similar technologies to improve our site and your online experience. By continuing to use our website you consent to cookies being used. Read our privacy policy here.