Vaulting over obstacles and stereotypes in a male-dominated sport

Amal Murad’s career started off as monkey business. As a young teenager she would play outside jumping across rooftops for fun. Now, she’s a rising star in the UAE’s parkour scene, with coaching classes at Gravity Gym in Al Quoz, an avid social media following, and a starring role in a new regional campaign.

We sat down with Amal to discuss how she first acquired a passion for parkour, and the challenges she faces in what is often a male-dominated sport. 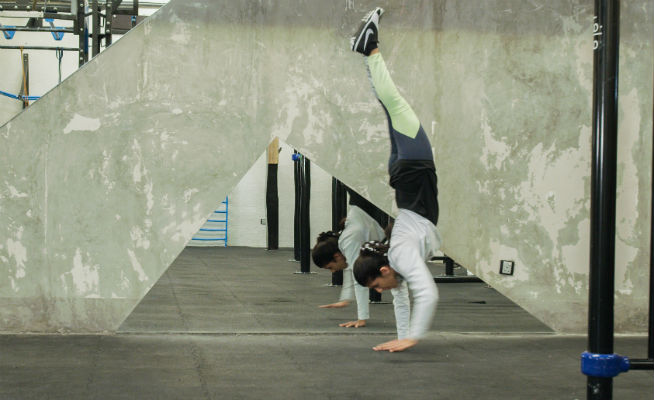 What do you love about parkour?

It’s such a liberating, freestyle sport. There aren’t many rules, it’s about expressing your body and overcoming obstacles, literally and metaphorically.

What obstacles have you overcome?

My first parkour class was intense. I was in a class full of teens and I was 23 years old and the only girl. They were so quick to learn and I wasn’t and it was frustrating for me. But it made me work harder, just to prove everyone wrong.

How has your identity as a Muslim Emirati woman affected your journey?

Some people do frown upon it, and don’t think it’s in keeping with our culture. But on the other hand, lots of people are inspired by my ability to do what I do while still being conservative and respecting my religious beliefs. In a way, it’s helped me reach more people. I’m trying to show that religion is not just about what you wear, it’s what you give to the world, and it doesn’t have to limit what you can do. 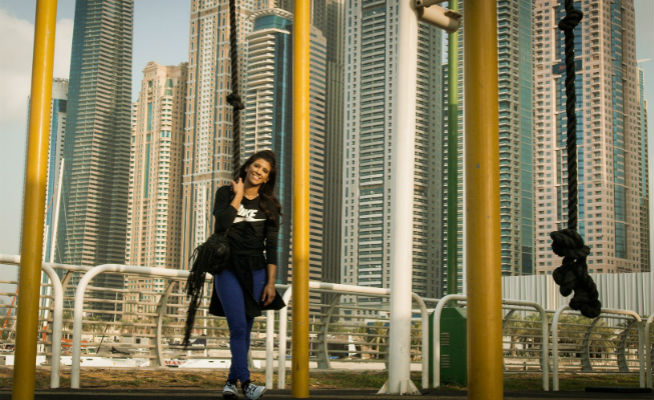 You are part of a ‘what will they say about you?’ campaign that makes a powerful statement about women in the Middle East. Tell us more about it.

This phrase, it’s every little girl’s nightmare growing up. We hear this every time we do something that might be met with criticism. But I’ve learned that, if you genuinely want to do something amazing, you can’t be afraid of hearing this phrase. At first, you may have to prove to your family that you’re capable by believing in yourself. Not in the sense that you must go against them, just start with small steps – take classes in an all-female gym. There’s so much joy and freedom that fitness can bring to your life.

What advice would you give to anyone trying parkour for the first time?

Remember that it’s OK for your progress to be slow and long as you’re progressing. We tend to get very frustrated if we’re not doing as well as others, but you have to get in the zone and stop comparing yourself.

You have to know the difference between filling your ‘soul tank’ and your ‘ego tank’. Your soul tank is about nurturing yourself: doing things that make you happy so you flourish. The ego tank is about pursuing things for the sake of other people’s approval. Feed your soul, not your ego.

News
Sport & Fitness
EDITOR’S PICKS
13 Sheikh Hamdan-approved restaurants in Dubai
READ MORE
Dubai brunches temporarily banned in new preventative measures
READ MORE
12 upcoming Dubai mega-projects we can't wait for
READ MORE
16 of the best beach bars in Dubai for sundowners
READ MORE
MOST POPULAR
Ladies, here's how you can win a chance to showcase your talent at Radisson Red
Dubai influencers must now declare free gifts to UAE tax authority
Wit woo: Check out Boomah, Abu Dhabi's first owl cafe
This stunning new restaurant brings Australia to Dubai
There's a dry night in Dubai coming up this week
YOU SHOULD CHECK OUT
Our website uses cookies and other similar technologies to improve our site and your online experience. By continuing to use our website you consent to cookies being used. Read our privacy policy here.