Meet the stars of the Dubai Duty Free Darts Masters

The Dubai Duty Free Darts Masters returns for its fifth staging this week, bringing some of the sport’s brashest big names, as well as one high-flying newcomer.

Here’s our guide to the names you need to know… 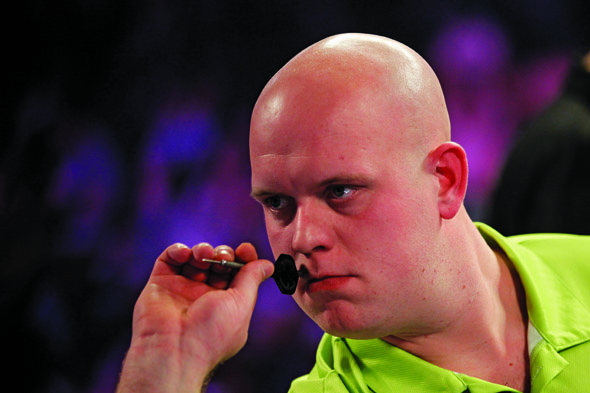 The Player: The World No 1 took up the sport at the age of 13, becoming the youngest player ever to lift the World Masters trophy four years later. Now the reigning world champion, Van Gerwen won the Dubai tournament for three consecutive years, from 2013 to 2015, before losing to Gary Anderson in 2016.
Did you know? Following his title win in 2014, comedian and Mike-doppelgänger Matt Lucas pretended to be the sportsman, telling cameras “S*** the haters, I won the darts!” 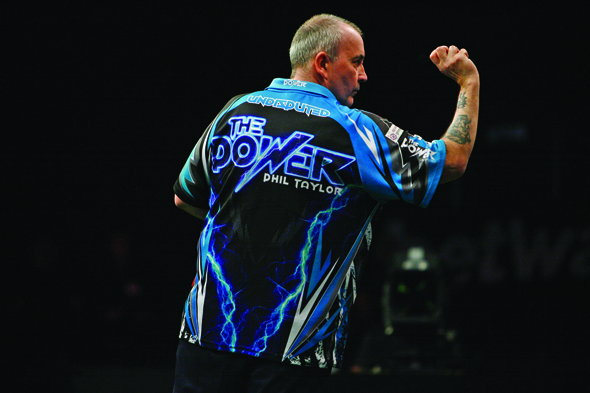 The Player: Widely regarded as the greatest player of all time, Phil has broken every record going, claiming 209 tournament wins over his 25-year career, including 16 World Championships. Despite winning 2016’s Sydney masters, he has begun to wind down his career and says he will retire after the upcoming championships, making this year’s event likely the last time he will appear in front of his fans in Dubai.
Did you know? Taylor left school at 16 and spent a number of his early working years making ceramic toilet roll holders. 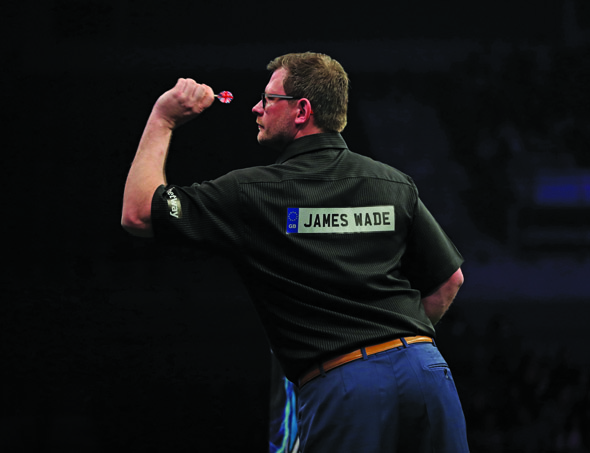 Age: 34
Nationality: English
PDC Order Of Merit: 5th
Walk-on Music: The Boys Are Back In Town by Thin Lizzy


The Player: Crashing on to the scene with a win at the Basingstoke Open aged just 14, Wade initially pursued a career in mechanics before going pro. The left-hander has since won eight major titles, including two World Grand Prix and the 2014 Masters.
Did you know? In 2008, Wade became the first player in the Premier League’s history to defeat Phil Taylor on his debut. 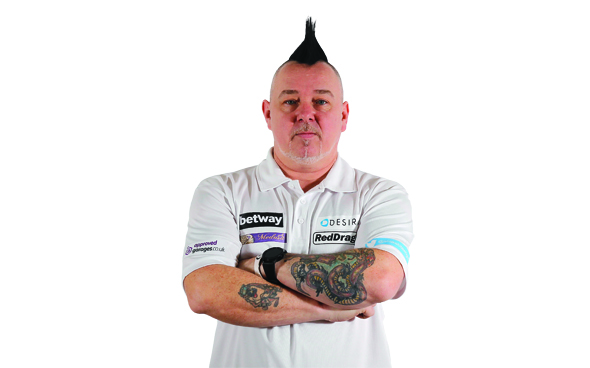 Age: 47
Nationality: Scottish
PDC Order Of Merit: 3rd
Walk-on Music: Don’t Stop The Party by Pitbull
The Player: After being unceremoniously dumped out of the BDO World Darts Championship in 1995, Wright stepped back from the scene for a decade. But his wife convinced him to give the professional game another shot. He went on to reach the World Championship Final in 2014 and won the 2017 UK Open title earlier this year.
Did you know? Wright’s signature mohawk takes his wife two hours to style. 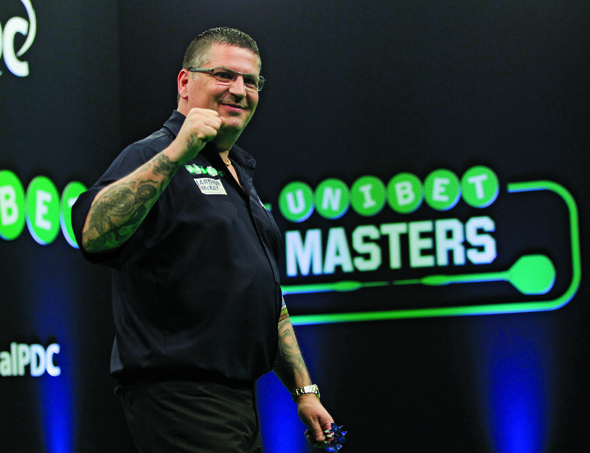 The Player: Dubai’s reigning champion has held just about every gong going, including the PDC, BDO and WDF world championship titles. He started 2017 reigning over the PDC, but lost the world title and dropped to second place in the Order Of Merit following a 7-3 loss to Van Gerwen in January.
Did you know? A former builder, Anderson moved to Somerset to run the Wellington Arms pub. His regulars there include former champions Trina Gulliver and Mark Webster. 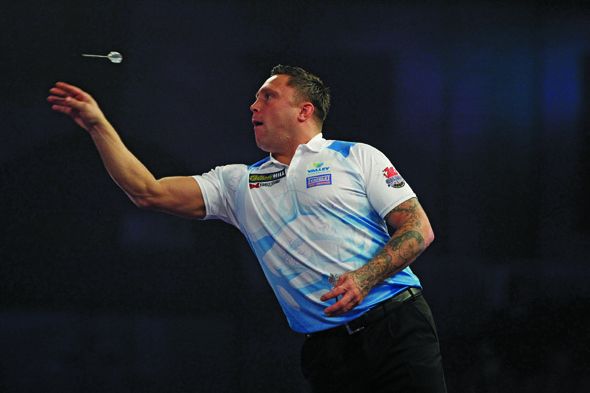 The Player: The PDC scene’s young upstart will make his Dubai debut this month, having broken into the top 32 in the Order Of Merit for the first time in 2016. He won his first pro tour title shortly afterwards and earlier this year he reached his first major event final, coming in second in the UK Open.
Did you know? Price has also played rugby union for a number of Welsh Premier Division sides, but left the game permanently in 2014 to concentrate on his burgeoning darts career. 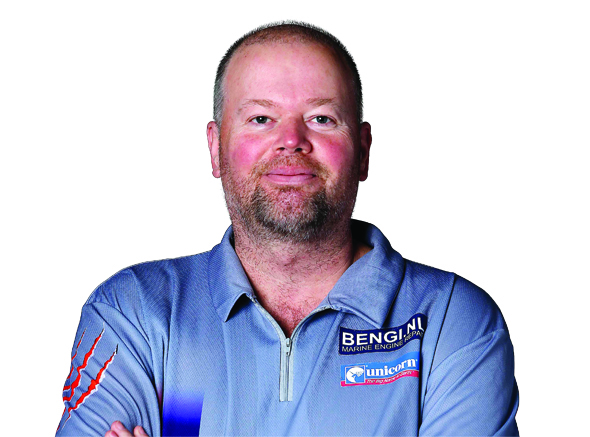 The Player: A five-time World Champion and the most successful Dutch player in history, Van Barneveld has also lifted the trophy at the Las Vegas Desert Classic and the Grand Slam Of Darts. He reached the semi-finals of this year’s World Championships, but went out to Michael Van Gerwen, who turned in one of the best performances of his career. Van Barneveld’s average score was the highest to ever lose a World Championship match.
Did you know? Although naturally left-handed, Barney throws with his right. 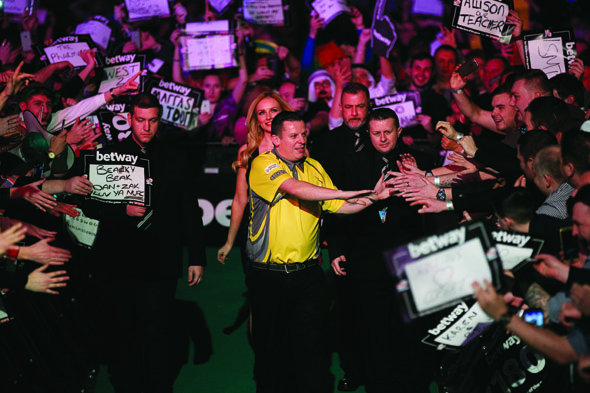 The Player: 2010’s World Championship runner-up, Chisnall is perhaps best known both for his yellow T-shirts and for his shock defeat over Phil Taylor in the 2012 Championship.
Did you know? Chisnall faced the most blustery conditions of any player at 2016’s Dubai Duty Free Masters, and laughed as he managed to land a number of successful finishes despite the conditions. He went on to describe the experience as one of the “luckiest” of his career.

Indoor
Sport & Fitness
EDITOR’S PICKS
UAE holiday dates announced for Eid Al Adha
READ MORE
Update: Emirates again extends suspension of flights from India to UAE
READ MORE
Coming soon: Everything we know about Ain Dubai so far
READ MORE
Khorfakkan set to open new tourist attraction 580 metres above sea level
READ MORE
MOST POPULAR
Sign your kids up for a five-day theatre camp at The Junction this summer
Pics of the week: Your best photos of the UAE
New films to watch in cinemas this week: July 22 to 28
Caesars Palace Dubai transforms into a summer playground this Eid
10 things to do in Dubai that are free (or cost next to nothing)
YOU SHOULD CHECK OUT
Our website uses cookies and other similar technologies to improve our site and your online experience. By continuing to use our website you consent to cookies being used. Read our privacy policy here.