Is there more to this new Middle Eastern spot than grills and mezze?

Prepare for a ‘Choyhana’ experience, exclaims the menu at Eshak. Confused? Us too. Apparently, the dishes draw inspiration from the old Silk Route – a blend that seems to encompass half the continent including Uzbek, Caucasian, Armenian, Georgian, European and Middle Eastern cuisine. 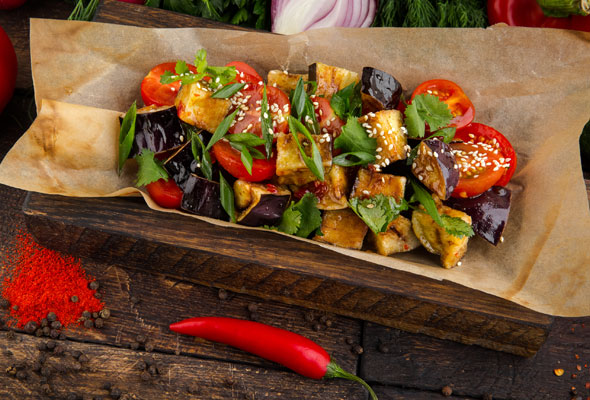 The baba ghanoush (Dhs29), a hearty dollop of grilled eggplant and crunchy, fresh vegetables on a hunk of freshly-baked tandoor bread, was so moreish we wanted to order a second portion.

And while we’re waxing lyrical about eggplant-based foods, the Eggplant Salad (Dhs30) – two words we never thought would ever be deemed exciting – was so good we licked the plate clean. Rarely has an aubergine been fried so crisply, tossed so perfectly with coriander, sesame seeds and cherry tomatoes and doused in such a tart, yet sweet, dressing.

A selection from the grill didn’t stray too far from the tried-and-tested classics of Middle Eastern menus around the city, but the shish taouk (Dhs65) undoubtedly had a leg up on its competition, and was a juicy dish of chicken, slathered in just the right amount of spicy marinade. 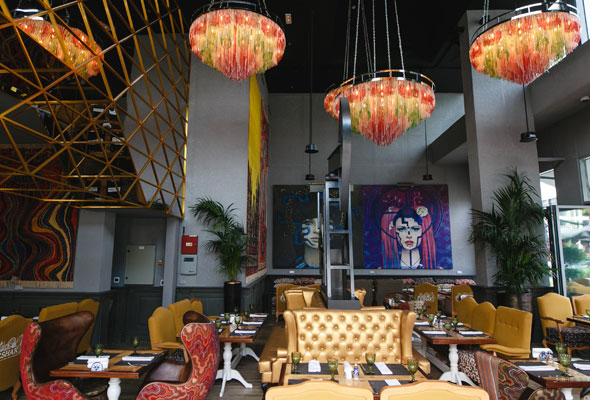 But Eshak’s drinks and dessert menu is what really sets it apart from other Middle Eastern venues – it’s stocked with homemade lemonades, detox smoothies and indulgent milkshakes. The Peanut Butter shake is particularly good.

For dessert, a plate of Eshak’s signature crêpes (Dhs25) arrive with a puddle of berry compote almost slopping over the sides. The tender pouches are stuffed with soft cream, and are reminiscent of the culinary sweet dumpling staple served across Eastern Europe. 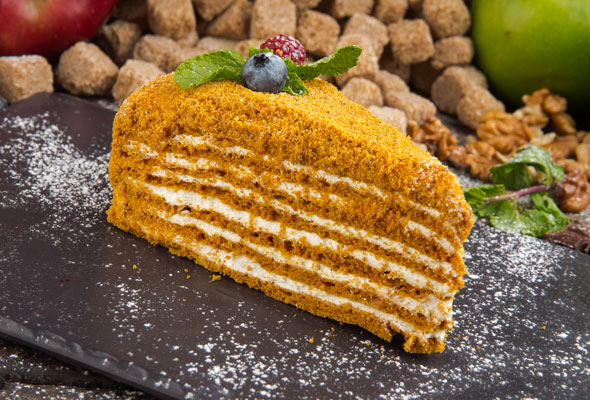 The Russian Asal honey cake (Dhs25) is just the right amount of crumbly and decadent, and is a welcome side to our tea “surprise”; a contraption that resembles a high school chemistry experiment, but after a brief show, makes wonderful tea that tastes soothing and aromatic.

Eshak straddles the line between laidback diner and upmarket dining, while somehow retaining a casual ambience and wallet-friendly menu. We’ll be back for more of that eggplant salad.

Eat & Drink
Restaurants
EDITOR’S PICKS
Covid-19 rules in Dubai: all the updates you need to be aware of
READ MORE
9 royal-approved Dubai restaurants
READ MORE
16 of the best beach bars in Dubai for sundowners
READ MORE
Where to get the Covid-19 vaccine in Dubai, Abu Dhabi and across the UAE
READ MORE
MOST POPULAR
Join us for a preview of Fairmont Bab Al Bahr's Valentine's dine around
Abu Dhabi named safest city in the world for fifth year running
Inside one of the coolest new hotels opening in Dubai
Department of Health approves three new rapid Covid-19 tests
Save up to 90 per cent at malls in Dubai this weekend
YOU SHOULD CHECK OUT
Our website uses cookies and other similar technologies to improve our site and your online experience. By continuing to use our website you consent to cookies being used. Read our privacy policy here.