Last month we reported on how the UAE is one of the brightest places on the planet at night when viewed from space according to NASA astronaut Tim Kopra.

Well, now you can get a bit of historical context behind how that came to be thanks to a series of new images released by the American space agency that focus on Dubai over the last 40 years.

The four photos, captured from various space missions over the years, date as far back as 1977 and show the urban sprawl of Dubai as it developed over the last four decades.

*ALSO READ: More epic photos of the UAE from space*

In the oldest of the four images, you can see that Dubai is primarily just desert with very little infrastructure and nary a hint of the grand transformation that would envelop the city in the coming years. 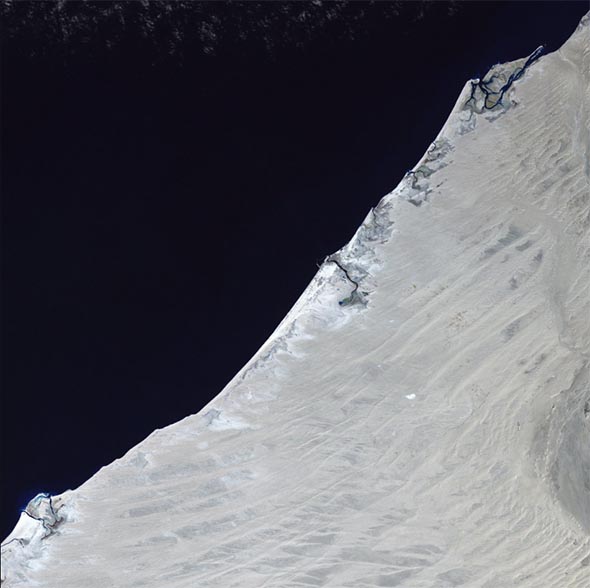 The second and third images illustrate that with the opening of the Jebel Ali Port and Free Zone in 1979, Dubai began to see a boom in population with more roads and settlements cropping up in order to facilitate the emirate’s burgeoning growth into an international trade hub. 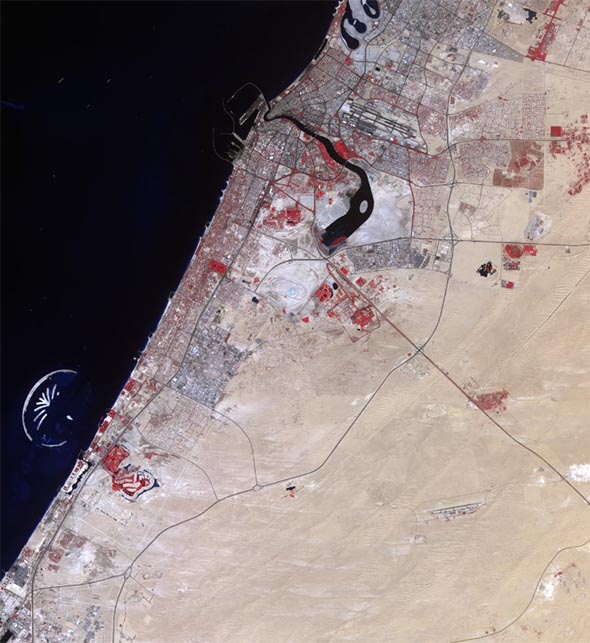 The final image was taken earlier this year and displays the city in all its present-day glory.

A flurry of lights and activity, the striking contrast of how quickly Dubai has transformed in just four short decades is most evident in this photo – it really does look like one of the brightest places on earth. 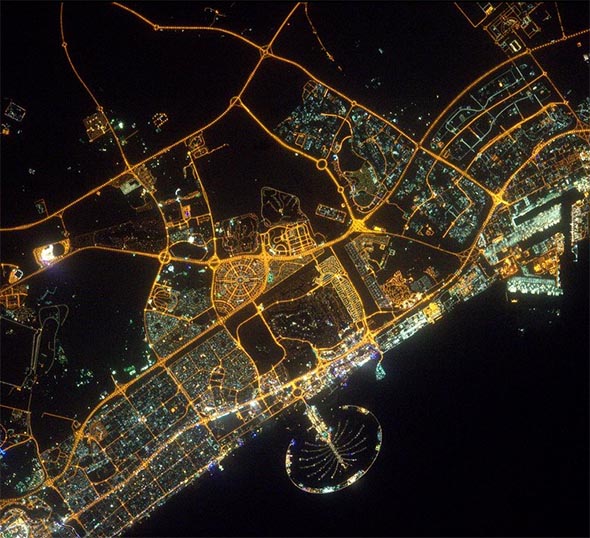