Looking for the perfect poolside album? We have the answer

Need a new summer soundtrack? The third compilation from Dubai-based label Ma’ana Records is the best yet!

Looking for some new tunes to soundtrack your summer? Then get your ears around Ma’ana: Day, the latest compilation from Dubai-based Ma’ana Records, the record label that’s dedicated to showcasing dance music producers in the Middle East to the world.

Ma’ana – which means “together” in Arabic – was set up in 2015 by British expat DJ Tobie Allen. “The talent pool is ever growing in the Middle East and this shows on the latest album,” said Tobie. “There was a limited number of producers that I came across at first, but three years later we have around 65 artists signed to the label and a constant stream of new talent coming though.”

The third in the series, Ma’ana: Day has a sonic horizon perfect for beach, poolside and alfresco sessions and features exclusive cuts from the UAE, as well as Iran, Lebanon and Bahrain. We can’t get enough of the bittersweet melancholy of Fireflies’ Oath…

Other local producers on the album, which is available through iTunes Middle East include Fuente & Tito Mike, Jefty featuring Simonne Cooper and Sam Farsio & Jason Pinto.

If you’re a budding producer why not let Tobie hear your tracks for consideration for future albums? “At Ma’ana we cover all forms of Middle Eastern electronica, said Tobie (pictured below). “As long as it was made in the Middle East or by someone from the Middle East, then we will showcase it. I get sent all forms of house and techno, downtempo and even drum ‘n’ bass. I love it all as long as it’s electronica.” 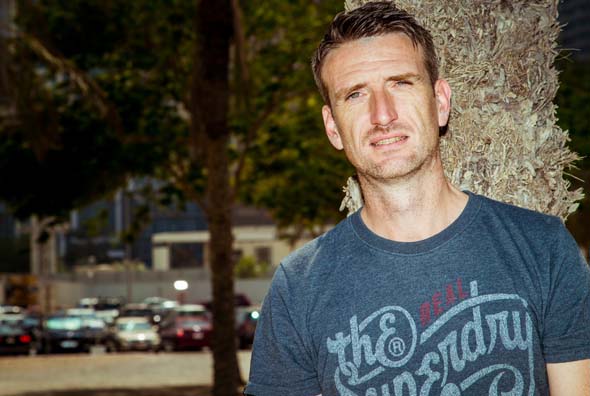 “I just want to continue showcasing more and more talent from the Middle East to the world and try to diminish traditional stereotypical perceptions of the region,” added Tobie.