The thermometer just struck 50 degrees Celsius in the UAE...

The UAE has just hit 50 degrees Celsius for the first time this year (which is a bit of a summer rite of passage if you will).

The scorchio spot wasn’t near Dubai, but was Mezaira, where it hit 50.5 degrees Celsius at 2.30pm yesterday.

Where’s Mezaira? It’s inland in Abu Dhabi, quite near the Saudi border (so it’s the part of the UAE where you feel truly dry heat): 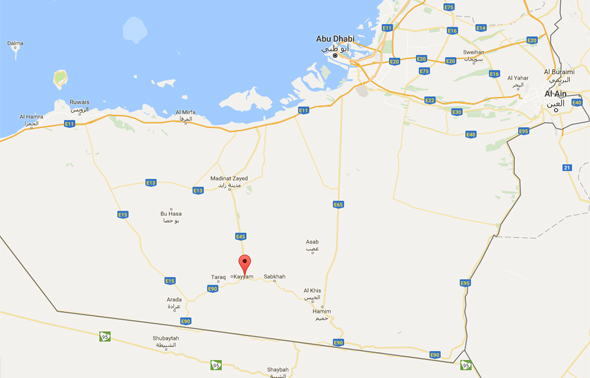 The weather forecast for tomorrow? This is what the UAE’s National Weather Service is saying in their forecast: “Hot in general and hazy at times.” Yep, that about sums it up.

*So when is actually the hottest time of year in the UAE? More details here…*

IT’S GOING TO GET HOTTER

*ALSO: The 10 most unexpected side effects of summer in Dubai*

The average max temperature in Dubai (near the airport) then drops to 39.1 degrees Celsius in September (but you’re looking at late October until your walk from the metro to the office gets truly comfortable again). Plus, the average max humidity spikes from August to September (in August it’s 73% and in September it’s 80%) – which is why September still feels so hot.

Oh, and here’s the temperature forecast for the next three days across the UAE:

News
EDITOR’S PICKS
UAE holiday dates announced for Eid Al Adha
READ MORE
Emirates extends suspension of flights from India to UAE again
READ MORE
Coming soon: Everything we know about Ain Dubai so far
READ MORE
Khorfakkan set to open new tourist attraction 580 metres above sea level
READ MORE
MOST POPULAR
Update: The National Aquarium will house biggest shark collection in region
International tennis tournament Tie Break Tens is coming to Dubai
6 brilliant hair and beauty deals in Dubai salons right now
There's an epic 2-for-1 deal on this new Abu Dhabi brunch
The next Regional Artist Spotlight rising star is: Moh Flow
YOU SHOULD CHECK OUT
Our website uses cookies and other similar technologies to improve our site and your online experience. By continuing to use our website you consent to cookies being used. Read our privacy policy here.