Could this be the cure for road rage?

One of the UAE’s main roads has just been given a cheerful makeover.

Beneath the smiles, there’s a message written in Arabic, English and Urdu, reminding road users to “drive safe”.

ALSO READ:
Dubai roads are being painted red to show changes in speed limits
Smile, because there’s now a Happiness Street in Dubai

According to Khaleej Times, the emojis can be seen as you enter the northern area of the UAE via the road (which stretches from Abu Dhabi to Ras Al Khaimah). More smileys are expected to start popping up on other roads throughout the UAE.

The Ministry of Infrastructure and Development is not the only government department to harness the power of the emoji. 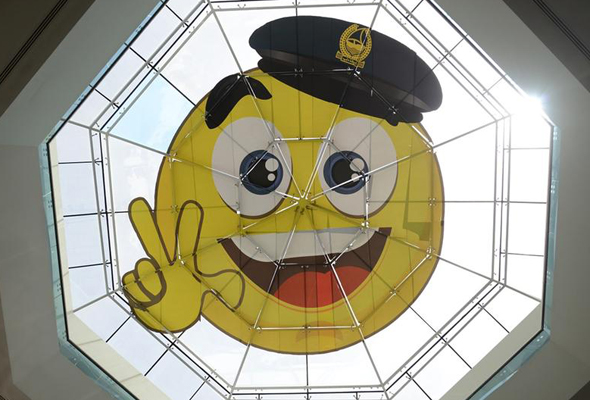 There are plans to install more smiley faces on the ceilings of all police stations and government buildings across the UAE.