White Dubai is back from a summer-long hiatus this Saturday

Expect a complete refurb, two new nights and some large-scale productions every week

Popular Meydan super club White Dubai is back in action from this Saturday September 23.

The club will be kicking off its fourth season with its famed ladies’ night URBN. Opening night will feature a line-up of some of the region’s top DJ’s including Dany Neville, Moky Ezra, Devon Kosoko and Disturbing London’s DJ Charlesy.

There have also been some big changes to the look of the venue over the summer, and while we’re not sure what they are exactly, we’re told to expect ‘drastic changes’ to the famous all-white interior of the Meydan hotspot.

The club will open every week Thursday to Saturday, and introduce a different night for each day that will include 12-hour production works to accomplish three different setups for each evening. This will make it one of the handful clubs in the world to undergo such nightly makeovers.

As part of its new identity, White will introduce two new theme nights. ‘Bizaar’, described as an eclectic mix of international sounds will be every Thursday and ‘Whitehouse’, the club’s weekly House night with DJ Mahmut Orhan as resident, will dominate Fridays.

Saturday will continue to be dedicated to Urbn, their weekly ladies’ night. 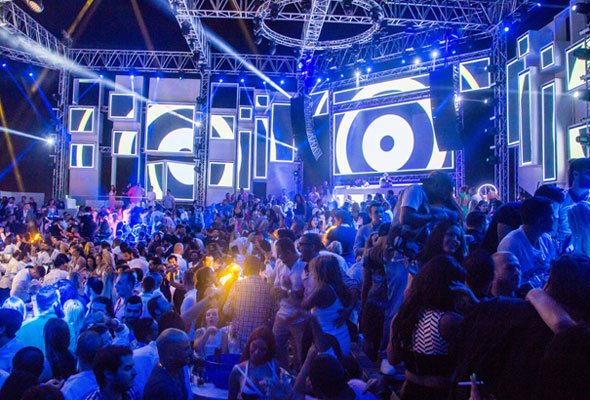 In the past, White Dubai has welcomed a variety of A-list urban and hip hop artists, including the likes of Wiz Khalifa, Jason Derulo, Rita Ora, Sean Paul, and Future, as well as some of the industry’s most reputable EDM acts, including Armin Van Buuren, Dimitri Vegas and Nervo.

So while no big name acts have yet to be announced, we’re expecting there will be in the not-so-distant future.

Nightlife
EDITOR’S PICKS
Ain Dubai will open with fireworks, live music and a drone show
READ MORE
Incredible Aura SkyPool to open in Palm Tower this November
READ MORE
Brit Grand Slam hero Emma Raducanu confirmed for Mubadala Tennis
READ MORE
What’s On Nightlife Awards 2021: Here are the nominees...
READ MORE
MOST POPULAR
13 of the best places for glamping in the UAE
Emma Raducanu sends a message to her UAE fans
Parisian celebrity hotspot Caviar Kaspia has opened in Dubai
Here's what you'll be eating at SushiSamba when it opens in November
Chic Mediterranean beach bar Ula is now open on the Palm Jumeirah
YOU SHOULD CHECK OUT
Our website uses cookies and other similar technologies to improve our site and your online experience. By continuing to use our website you consent to cookies being used. Read our privacy policy here.