An alternative A-Z of Dubai

Here’s an alphabet that’s all about this rare, wonderful, sometimes weird, and always dynamic city…

We love this city: in Dubai you can eat every world cuisine (and for everything from Dhs10 to Dhs1,000 a head); you meet people from different countries every day and you never know when an entirely new suburb is going to pop up next to where you live.

It’s a city of today, and a truly global place – and because of that, it’s definitely full of its quirks. 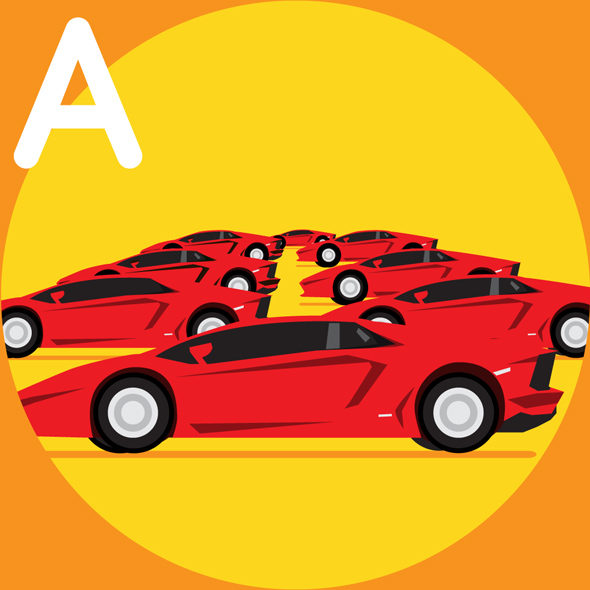 Spying one is uneventful in this city: in Dubai we only do a double take for a Veneno or Lykon. 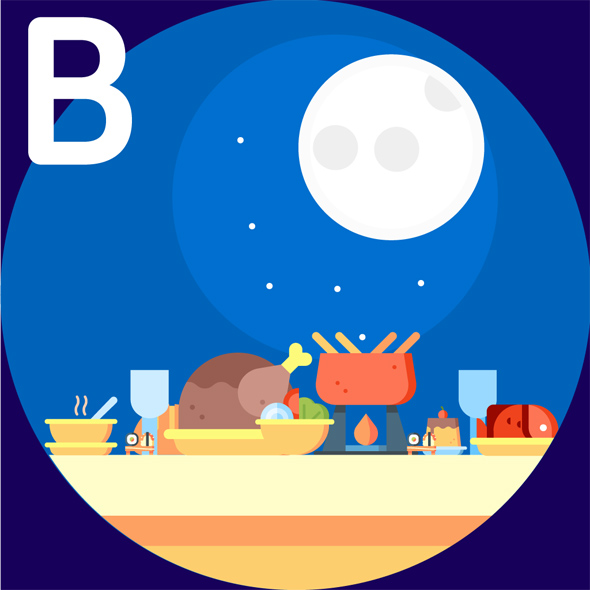 In the rest of the world it’s a mid-morning meal, in Dubai, it’s whenever you want it. 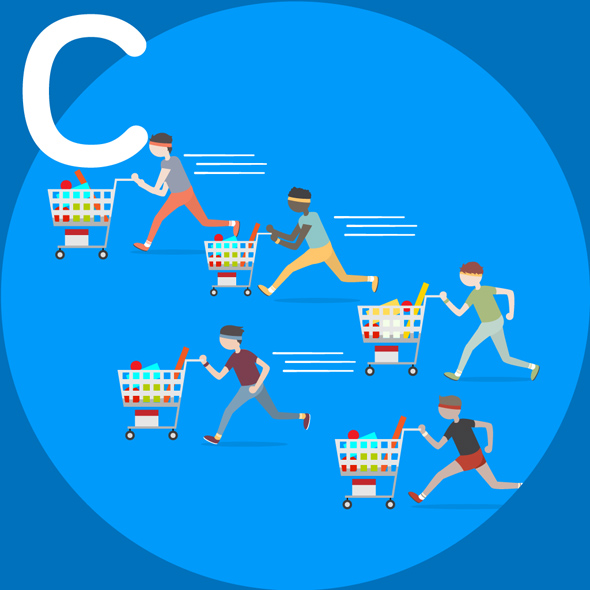 We’ve never seen so many people in one supermarket: visit the Mall of the Emirates branch on weekends or evenings at your peril. 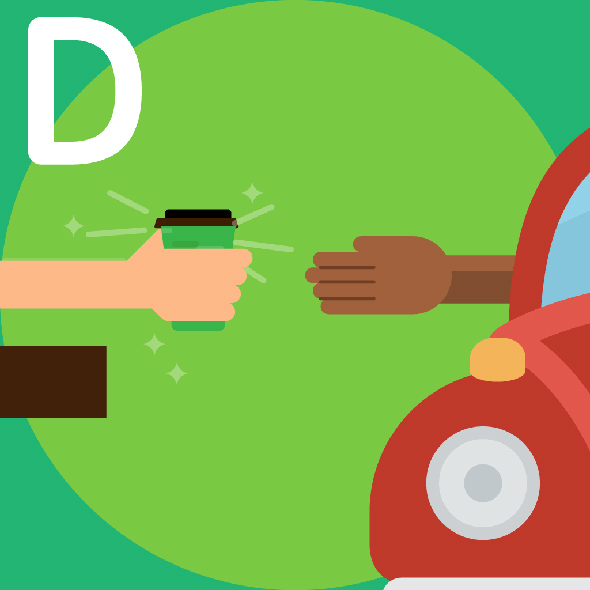 How we get our Starbucks when rolling in Jumeirah. 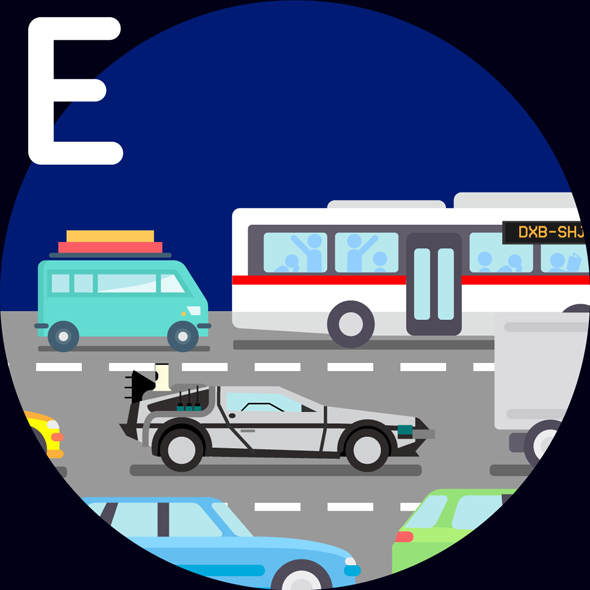 Oh the hours we’ve spent on this piece of gravel… what we’d give to have a DeLorean DMC-12 to help speed up the commute from Dubai to Sharjah. 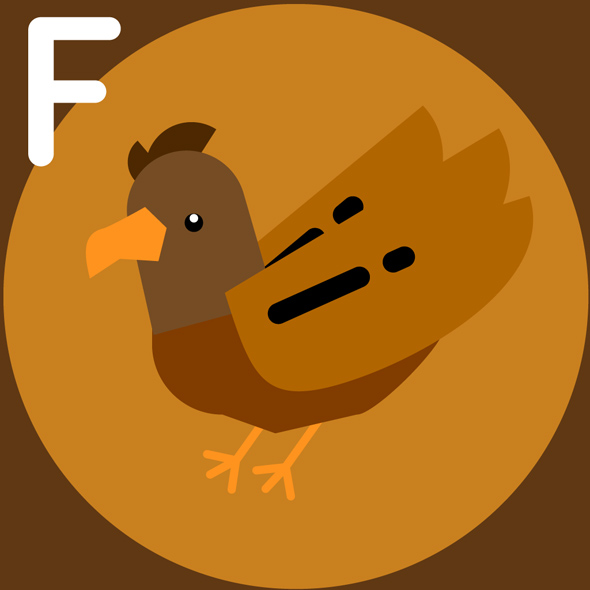 Can be spotted in the wild, but also in Souk Madinat Jumeirah. Sometimes we get excited and shout ‘falcon’, while pointing to the sky. It’s usually just a big seagull. 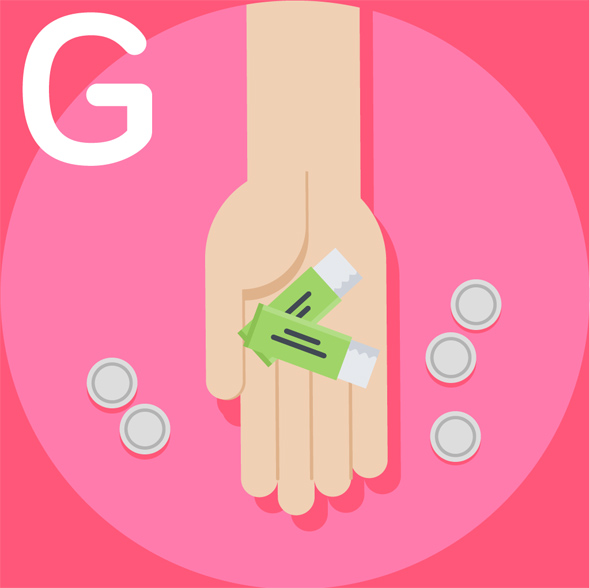 Ah, the good old days when this was a genuine currency in many petrol stations. That said, it was a one way payment system (ever tried to pay for a tank of gas with a huge bag of chiclets? Exactly). 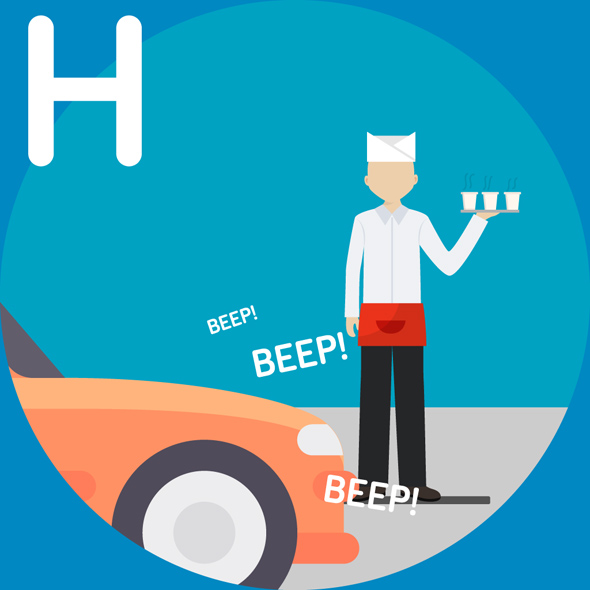 The thing in your car you honk when you want waiter service (or when the person in front of you waits a millisecond before moving when the traffic light turns green). 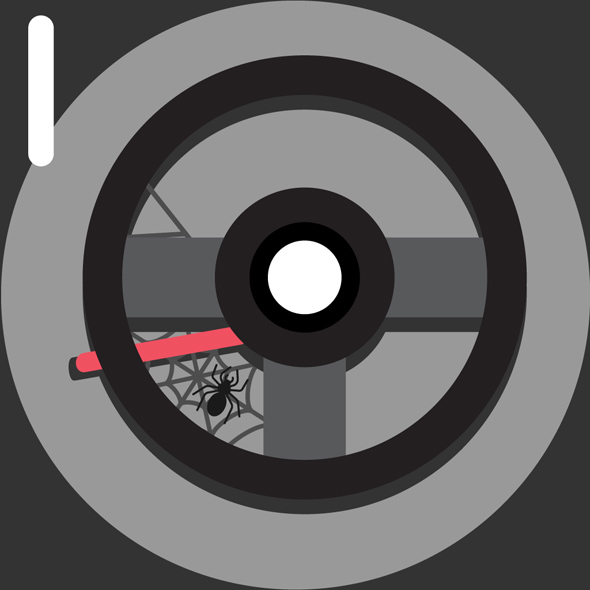 ‘What is this stick that juts out from the side of my steering wheel?’ 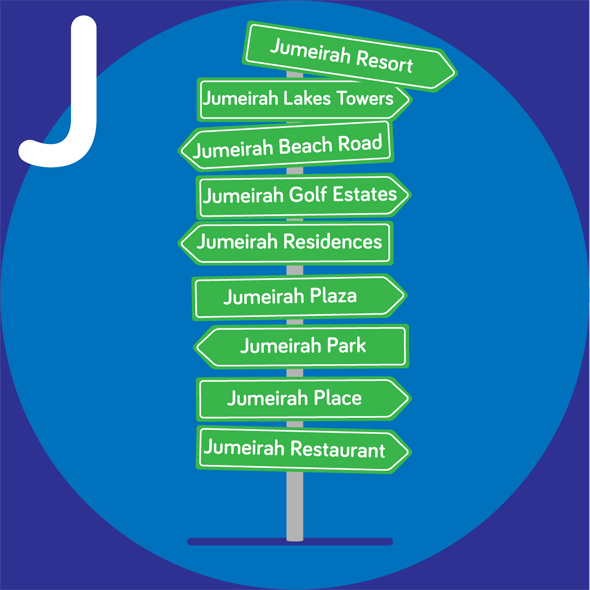 A suburb in Dubai that translates to mean beautiful in Arabic. Also the name for basically every other development in the emirate, none of which are near Jumeirah. Hey, it’s a beautiful city. 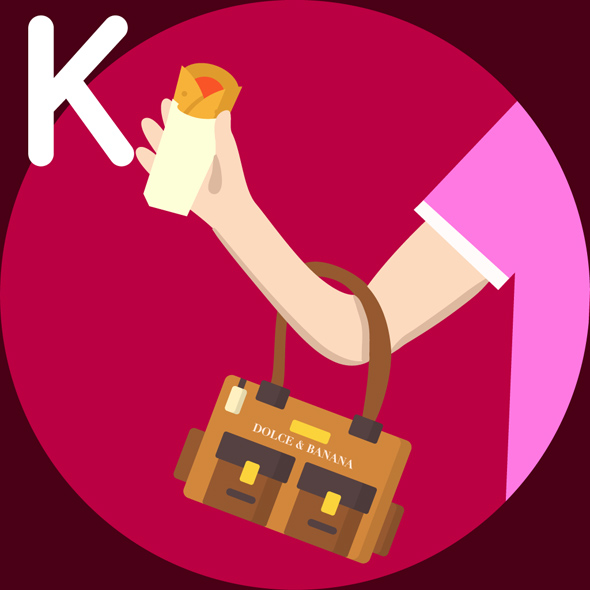 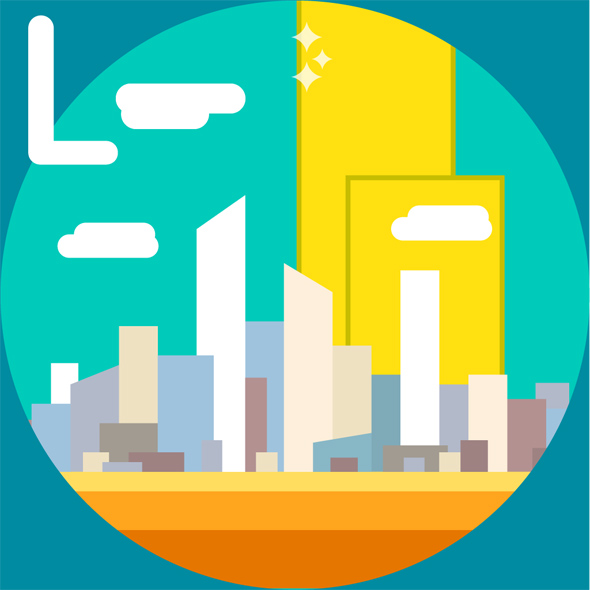 The thing that every new Dubai development seems to be (note: tallest, biggest and widest are also popular). 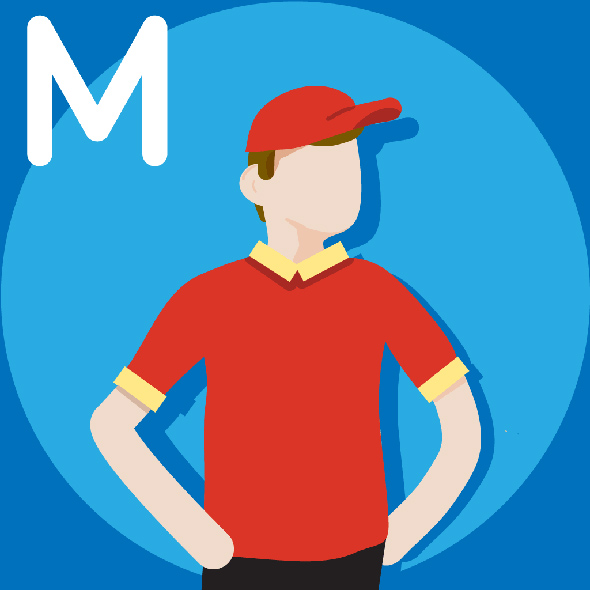 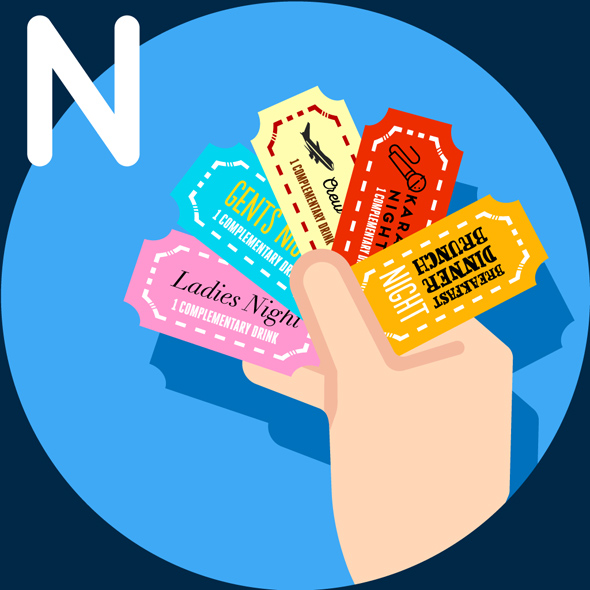 Whether you’re a lady, a gent or a fan of eating brunch after dark, there’s a Dubai night for you… 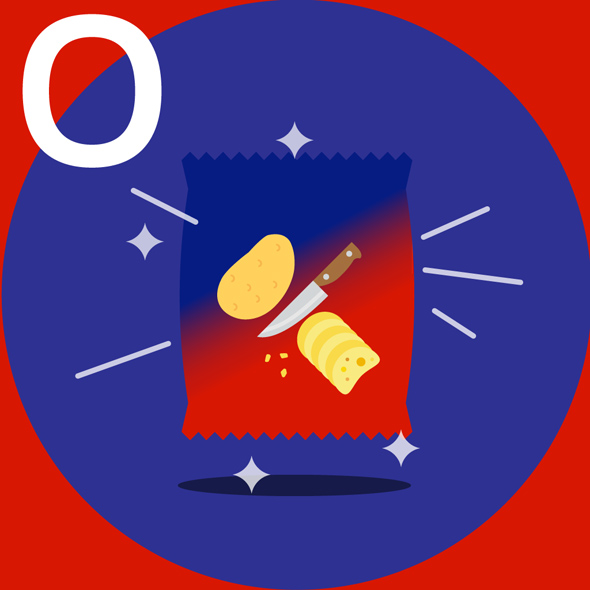 A road trip staple. Eat them ‘till you can’t feel your tongue any more. 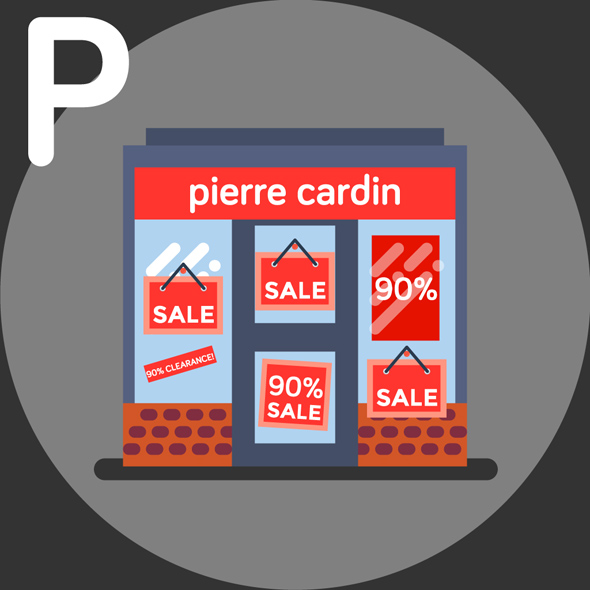 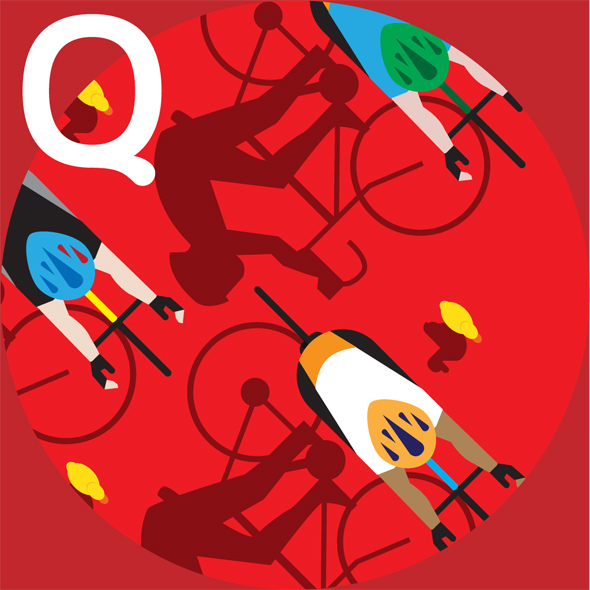 Ducks. Cyclists. Lots of them.  And lots of lycra (probably too much lycra). 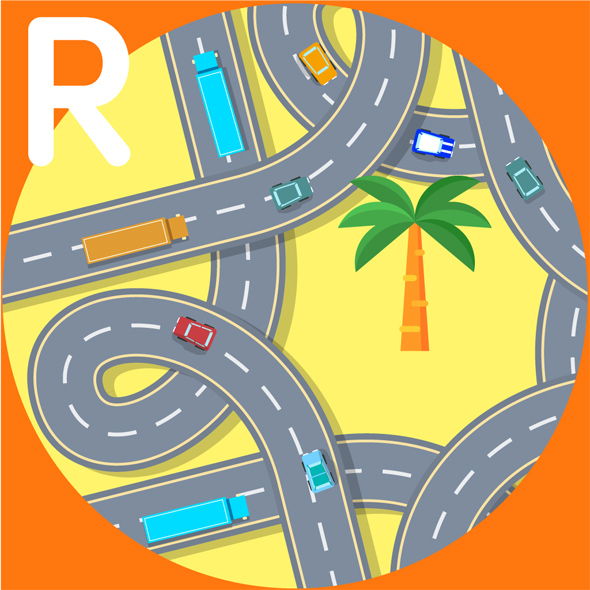 What we call most junctions in the city, even if they no longer even vaguely resemble a roundabout. 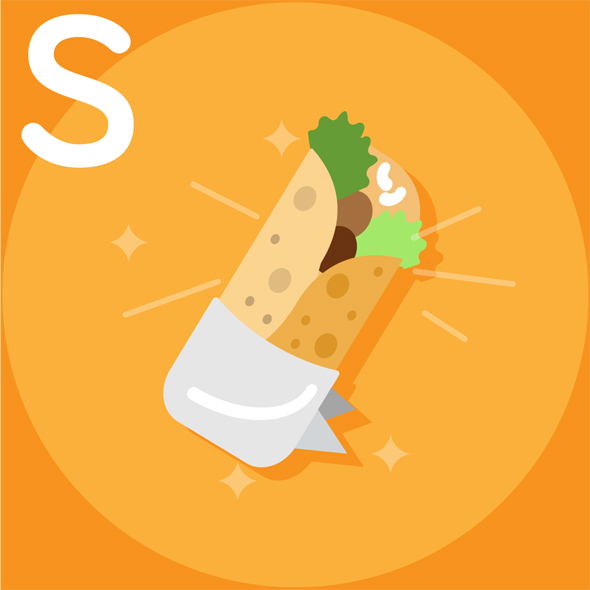 A glorious meal at any time of day (and the only thing that gets us through a weekend trip to IKEA). 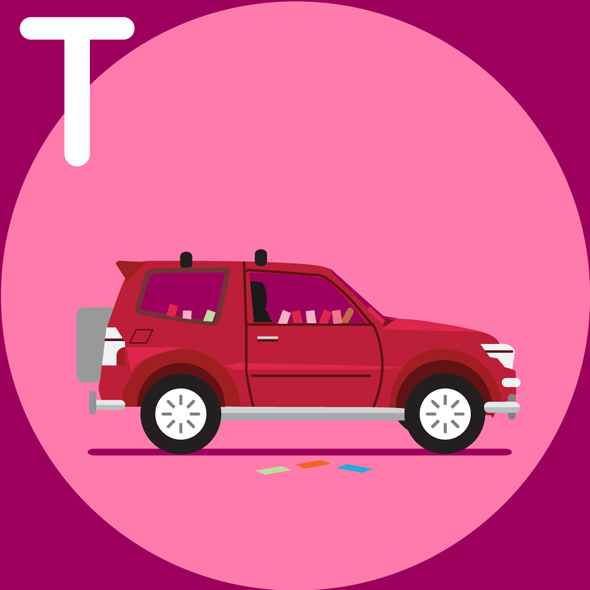 Turn your back on your car for one second, and the business card ninjas will have somehow managed to ‘decorate’ it. 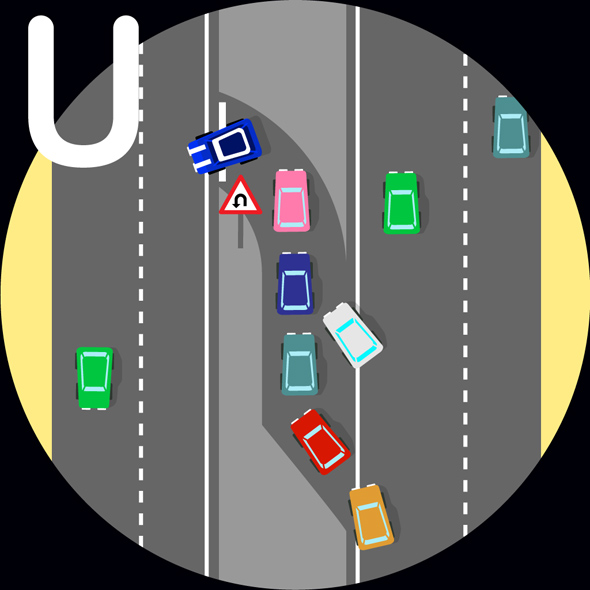 We live in one of the few cities in the world where you can do a full 180 more often than you can turn left. 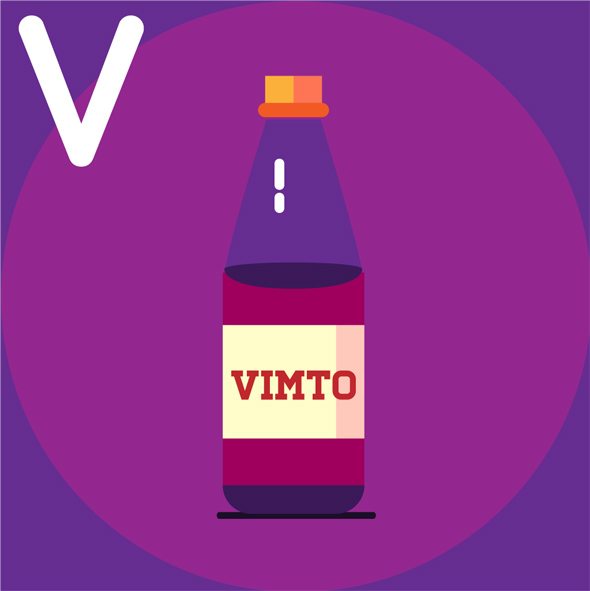 The soft drink from Manchester that’s as essential as dates when breaking your fast during Ramadan. 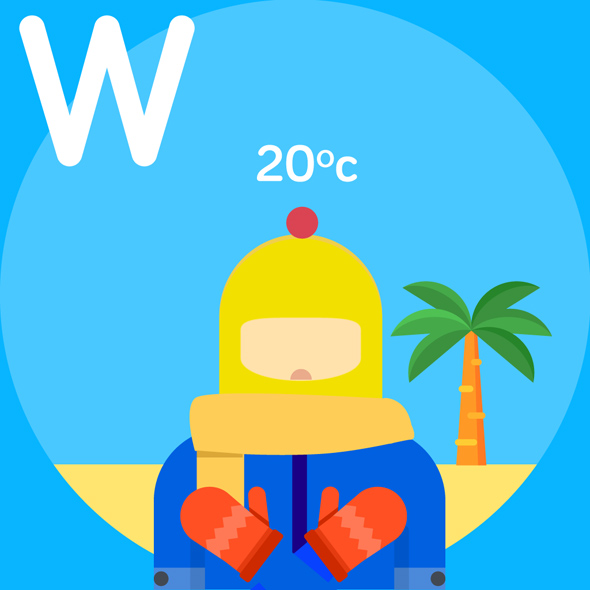 When Dubai residents walk around in balaclavas because they’re ‘cold’ and yet it’s still 20 degrees Celsius outside. 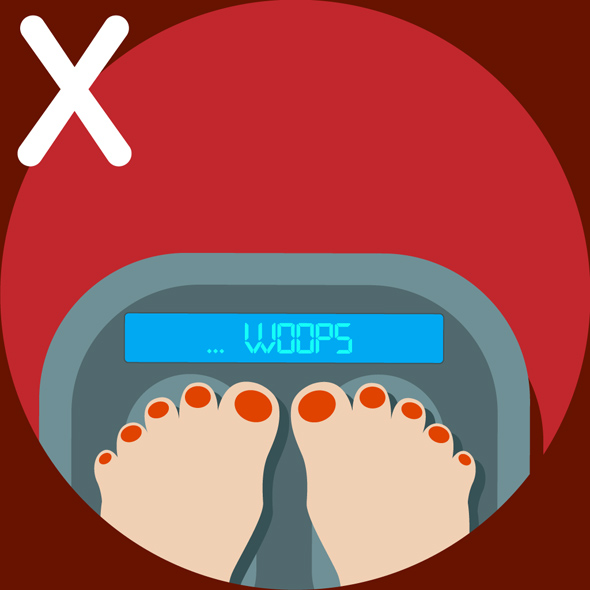 The size we all have to buy when first tackling the dreaded ‘Dubai Stone’ (read the ‘B’, ‘O’ and ‘S’ entries for the reasons why that happens).

But, after a few years, you discover the beach, the jogging tracks, the free outdoor yoga, and it all seems to work itself out. 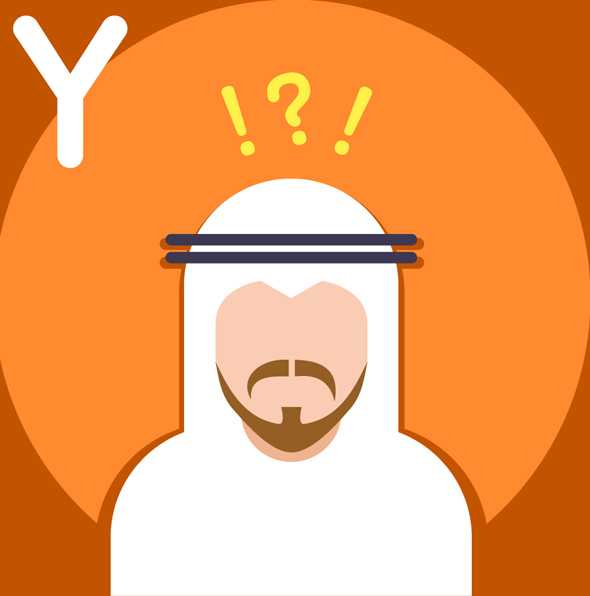 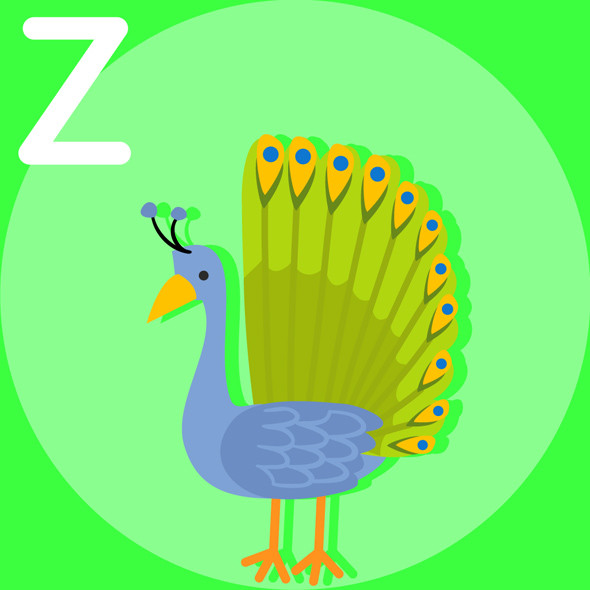 When you take a wrong turn coming out from Downtown or Business Bay and are suddenly surrounded by peacocks.

– Which letter do you relate to the most? Join in the conversation at our What’s On Dubai Facebook page…