The Birmingham Quran exhibition is coming to Abu Dhabi

A unique exhibition exploring the history of Islam is taking place in Abu Dhabi this week – the Birmingham Quran is on display at Umm Al Emarat Park. It’s a manuscript that dates back to the 7th century and is one of the oldest surviving Islamic documents in the world. Check out the video below for more on its history.

The exhibition take place at Umm Al Emarat Park and runs from November 20 to 29. The Birmingham Quran has recently been on display at the Sharjah international Book Fair and was visited by some 14,00 people (including Dubai ruler Sheikh Mohammed). It’ll also be on display in Dubai’s Design District in April and May 2018.

At the exhibition, you can view the manuscript in digital form and also check out a replica of the holy script. 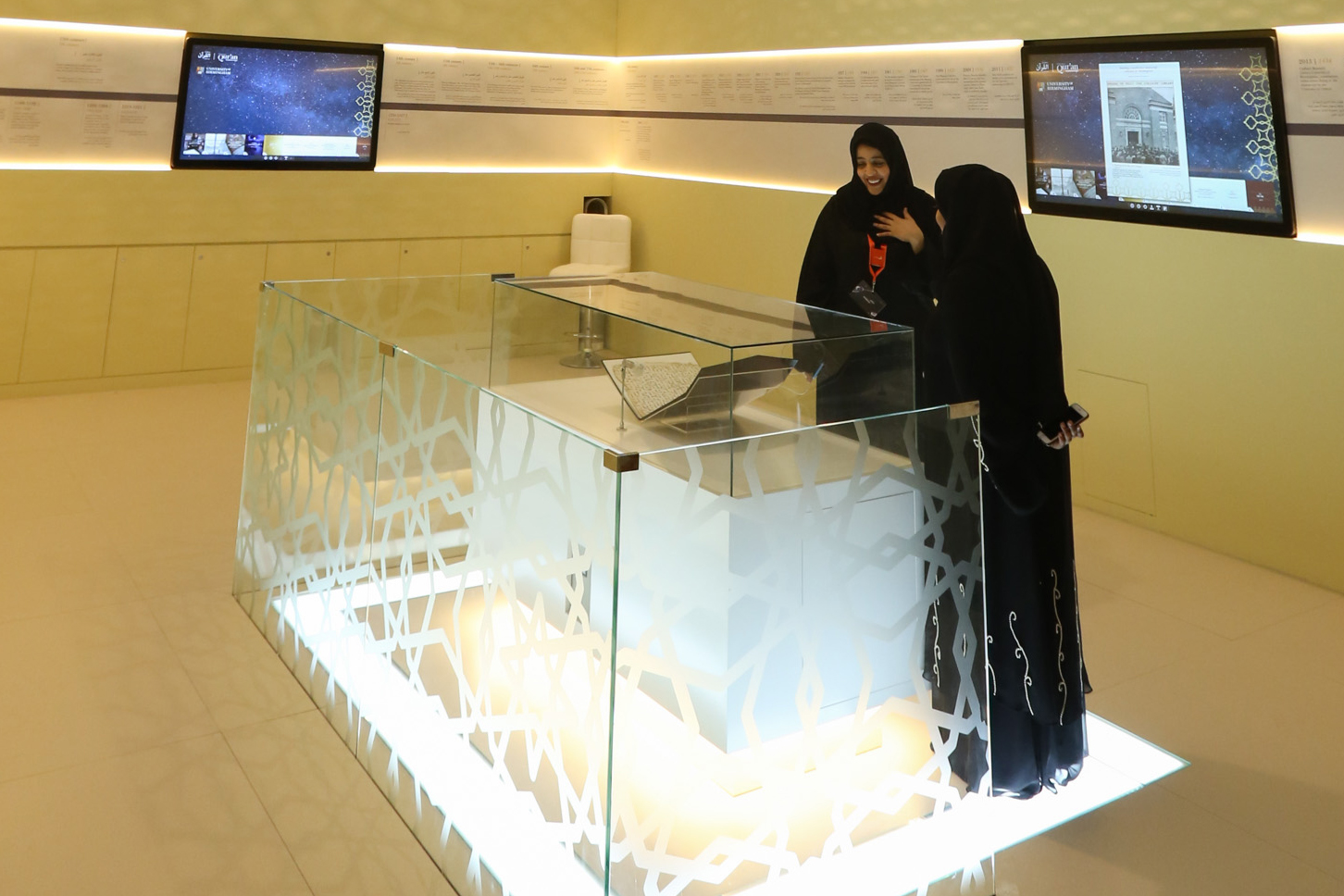 The exhibition is part of a bigger initiative called the UK/UAE 2017 Year of Creative Collaboration. The Birmingham Quran is in the UAE thanks to the University Of Birmingham, where it’s normally kept, who are working with the British Council and the UAE Ministry of Culture and Knowledge Development.

The exhibition isn’t just for your eyes, though – it also comes with a soundtrack. Music experts at Birmingham spliced together a choir of Quranic recitation with sounds inspired by the night sky at the first encounter between Prophet Mohammad (PBUH) and angel Jibreel into the exhibition’s soundtrack. What’s more, researchers Tasawar Bashir and Scott Wilson used computer software to determine what the night sky would have looked like on 24 August 610. They then turned the brightest elements of the firmament into the music that now accompanies the Birmingham Qur’an digital exhibition. Certain Maqqata’at and verse 109 from Surah Al Kahf are mentioned in this work – it’s called The Revelation and you can listen to it below.

As well as the exhibition, there are calligraphy workshops for kids (book a place by emailing UKUAE2017@britishcouncil.org), and they’re free of charge. You can also discover more about the Birmingham Quran by taking an online course, where you’ll learn all about its history, including how it ended up at the University Of Birmingham. Click here to sign up. The course starts tomorrow.

Culture
News
Things to do
EDITOR’S PICKS
Ramadan in Dubai: 48 iftars to try
READ MORE
Where can Dubai residents travel? Check out these 14 destinations
READ MORE
Rumours, facts and reveals: New Abu Dhabi bars and restaurants
READ MORE
UAE announces reduced working hours for Ramadan 2021
READ MORE
MOST POPULAR
A new Spanish restaurant has opened its doors in Barsha
A stunning new mangrove forest has opened in Dubai
Dubai clarifies rules surrounding dining outdoors in Ramadan
Abu Dhabi Police warns public not to fall for beggar tricks
Splash around with these summer deals at waterparks in Dubai
YOU SHOULD CHECK OUT
Our website uses cookies and other similar technologies to improve our site and your online experience. By continuing to use our website you consent to cookies being used. Read our privacy policy here.