We all have that one band that we would travel the world to see, only most of us – whether it’s because of work, family or just common sense – can’t pack up our bags and jet off at a moment’s notice.

That’s not the case for a group of eager Take That fans (affectionately known as ‘Thatters’) who have been camped outside the Dubai Media City Amphitheatre since 7am this morning hoping to secure a spot right in front of their heroes when they take the stage later tonight. 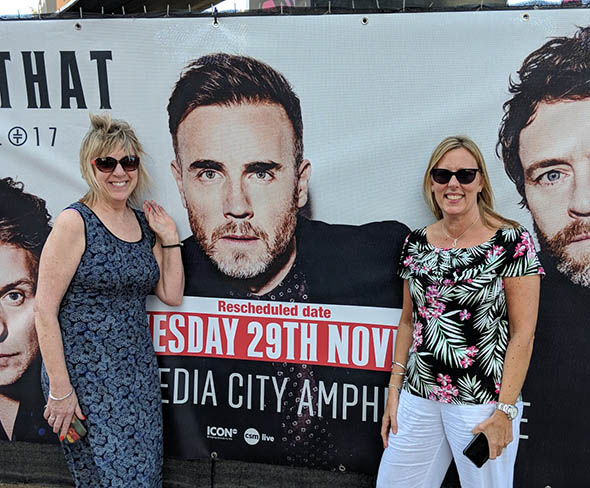 “We like to queue because we like to get the front barrier spot” said Judy from Oxford when What’s On asked her why on earth anyone would arrive 12 hours early to a concert that reportedly hasn’t even sold out yet. She and her friend Lisa have travelled to Dubai especially to see the band perform.

And they’re not the only ones. Amongst the group of over 15 early birds, who mostly hail from various parts of the UK, are also two gentlemen from Kuwait and a woman from Chile who lives here in Dubai. 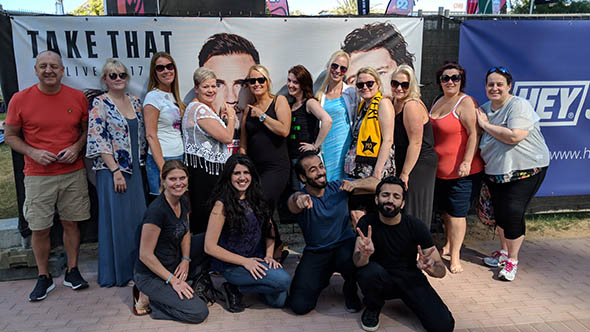 Lisa and Lorna, from Lancashire and London respectively, have each seen the band 13 times in 2017 alone and even have custom-designed t-shirts that proudly announce them as ‘Gary’s Lancashire Lasses’.

When asked how they keep track of who gets what place in the line if say, someone needs a bathroom break, Lorna quickly replied “We have a numbering system where we write down everyone’s place in line on their wrist based on when they arrive”. Clever.

You’ve got to hand it to them, THAT TAKES some proper dedication to the cause.

Doors open tonight at 7pm and tickets are still available via the official website.

Nightlife
EDITOR’S PICKS
UAE holiday dates announced for National Day
READ MORE
Emirates Dubai 7s is back: Here's why we're excited...
READ MORE
Tennis ace Andy Murray to play at Mubadala World Tennis Championship
READ MORE
UAE 50: Where to watch National Day fireworks in Dubai
READ MORE
MOST POPULAR
Etihad up to 50 per cent sale for National Day now on
First look: Indego By Vineet reveals an eye-catching revamp
Abu Dhabi: Free parking and Darb dates for Jubilee celebrations
Abu Dhabi events updates: Green Pass not required for tourists
UAE petrol prices announced for December 2021
YOU SHOULD CHECK OUT
Our website uses cookies and other similar technologies to improve our site and your online experience. By continuing to use our website you consent to cookies being used. Read our privacy policy here.