Here are all of the A-listers coming to DIFF this year...

Sir Patrick Stewart will be honoured for his lifetime contribution to the industry at the 14th Dubai International Film Festival. Stewart is one of the most acclaimed performers working today, earning Golden Globe, Emmy, and Tony Award nominations. Earlier this year, Stewart starred as Professor Charles Xavier in the latest X-Men, Logan, earning fine reviews. Although he is perhaps best known from his 15 years on Star Trek as Jean-Luc Picard, Stewart’s list of credits spans more than 40 years of countless memorable roles across stage and screen. 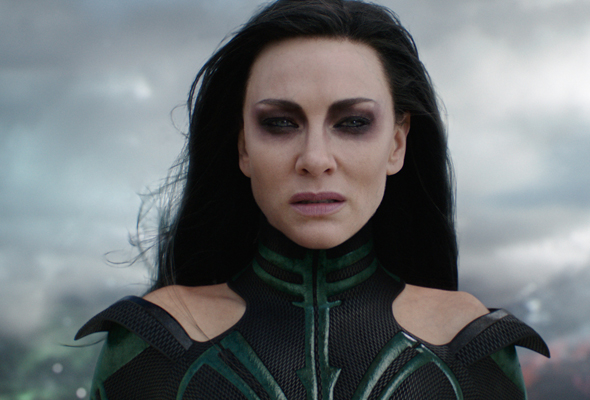 Marking her third appearance on the DIFF red carpet, Cate Blanchett joins DIFF as head of the IWC Filmmakers Jury for the sixth IWC Filmmaker Award. The two-time Oscar winner has appeared in an array of films including The Aviator, The Curious Case of Benjamin Button, all three The Lord of the Rings, and most recently she can be seen playing Hela in Thor: Ragnarok.

You might remember Morgan Spurlock as the man who gained a lot of weight eating McDonalds every day for for every meals for 30 days. Academy Award-nominated documentarian Morgan Spurlock heads to DIFF to host a Q&A about his risk-taking career full of entertaining exposés that turn the camera on the director himself. His event will include conversations on the making of his latest film Super Size Me 2: Holy Chicken which premieres at the Festival. 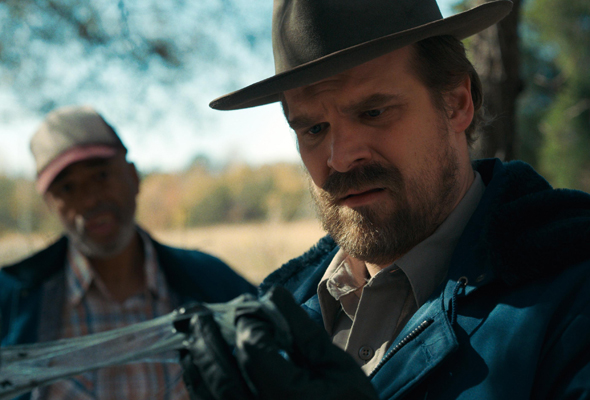 Best known for his role as gruff and tortured Police Chief Jim Hopper in Netflix’s biggest hit, Stranger Things, David Harbour is coming along as a guest of the festival. With an upcoming title role in the reboot of Hellboy, and another stint in in the third season of Stranger Things coming up, we’re sure we’re going to see him on our screens a lot more. 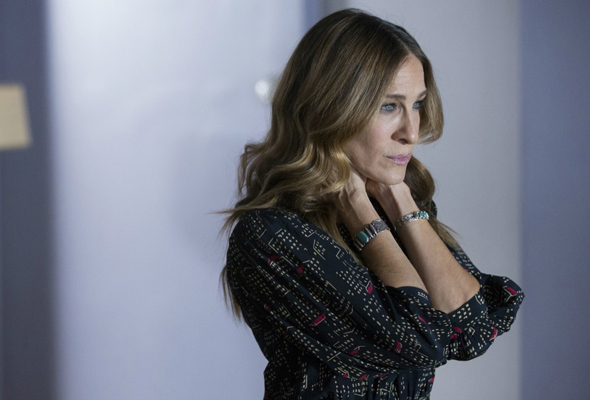 The actress and fashion icon will jet in for the Global Gift Gala on December 8. She’ll be joined by Vanessa Williams and Despacito singer Luis Fonsi.

Where can you watch the films?

The Madinat Arena is the heart of the Dubai International Film Festival. Guests will walk the red carpet before experiencing a real Hollywood away from Hollywood premiere experience. You’ll pay extra for the privilege, however.

Don’t miss the chance to see movies in one of Dubai’s favourite venues. There will be events hosted here throughout the festival, but we’re here for the movies!

VOX Cinema in the Mall of the Emirates is where you’ll find the box office and a whole host of the festivals screenings taking place.

A new addition to the festivals venues, VOX Cinema – Galleria Mall will also host a number of screenings alongside it’s Mall of the Emirates counterpart.

DIFF’s much loved open-air screenings in partnership return to The Beach, opposite JBR, with a choice of top films screened on a vast outdoor screen – for free.

We will bring you more on the movies to see soon, but for more info now visit DIFF’s official website.

Culture
Film
EDITOR’S PICKS
Ramadan in Dubai: 48 iftars to try
READ MORE
Where can Dubai residents travel? Check out these 14 destinations
READ MORE
Rumours, facts and reveals: New Abu Dhabi bars and restaurants
READ MORE
UAE announces reduced working hours for Ramadan 2021
READ MORE
MOST POPULAR
The UK and eight other countries added to Abu Dhabi Green List
Breaking: Flights from India to UAE suspended for 10 days
A sweet new Japanese restaurant has opened in The Greens
Book a Yas Hilton Ramadan stay and play package from Dhs396pp
There's a cool new coffee shop to check out in Dubai
YOU SHOULD CHECK OUT
Our website uses cookies and other similar technologies to improve our site and your online experience. By continuing to use our website you consent to cookies being used. Read our privacy policy here.