New year, new you, new cool things to do in Dubai…

Kicking off 2018 with a bang, there’s plenty to pack into January (aside from all those resolutions you’re trying to stick to). Keeping things cultural, there’s theatre, comedy, musicals and film. There’s also an outdoor market, new restaurant and yogi retreat.

So whatever your New Year’s resolution is, make sure to get these 10 things on your January bucket list…

Avatar-themed touring Cirque Du Soleil show Toruk – The First Flight was first announced in October 2017, and it will run at Dubai World Trade Centre from January 4 to 17. It’s all about the philosophies in the Avatar film that focus on a harmonious co-existence with nature. And yes, there are loads of blue people in it.

Q’s Bar and Lounge, Quincy Jones’ first-ever bar and lounge located at Palazzo Versace Dubai will welcome Clark Beckham, 2015 American Idol runner-up as the next resident from January 9. The American singer, song-writer and musician rose to fame two years ago on the popular reality TV show, thanks to his soulful vocals and musical abilities. 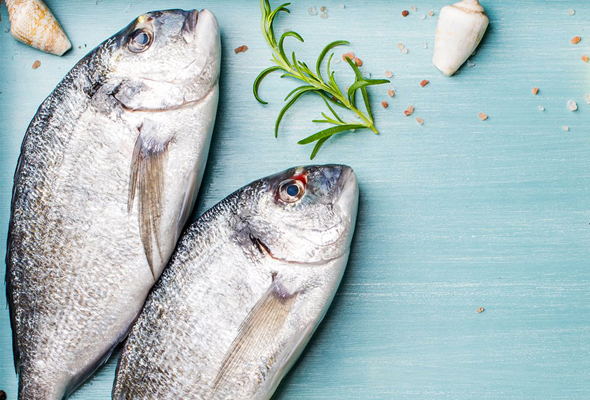 Stealing the spot that was planned for Le Specialita, Monte Carlo brand Crazy Fish is headed to Dubai. Although an official opening date is yet to be confirmed, we’re told it’s likely to be the middle of January. This is the world’s second branch, and it’s a quick expansion for Crazy Fish, which only opened in Monte Carlo in May 2017. The seafood restaurant and terrace is all about fresh fish done well (and you can choose your catch, as shown in the picture above).

January 11 and 12: Laugh out loud with a Comedyfest 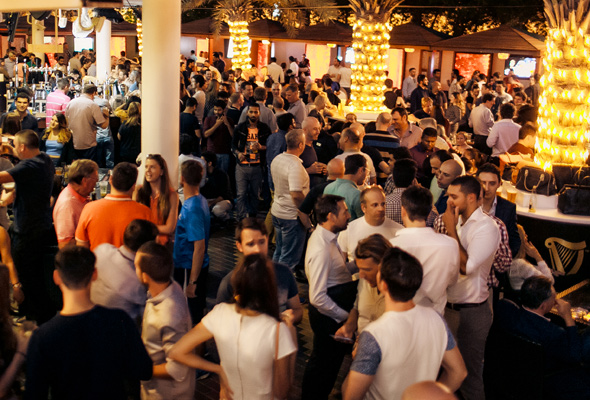 McGettigan’s JLT brings comedians from across Ireland to their annual two-day Comedyfest on January 11 and 12.Tickets cost Dhs50 and include a free drink or BBQ Burger. Comedians Fred Cooke, Barry Murphy, Karl Spain and Eric Lalor are headlining.

January 11 to 20: Grab a bargain at an outdoor market 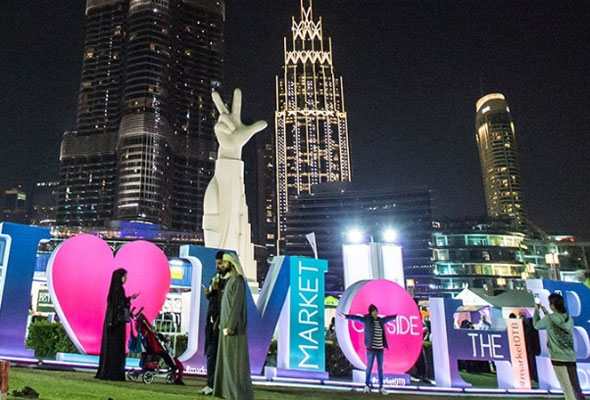 It’s free entry for the fifth edition of Market Outside The Box at Burj Park. There will be live music, dance and poetry, a huge selection of food trucks, pop-up cinema and loads of shopping. Get on it! 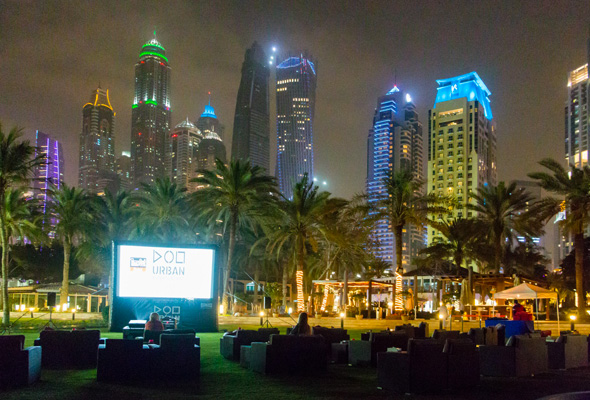 After a Christmas break, the Urban Outdoor Cinema is back in the garden of the Habtoor Grand Dubai Marina from January 7. They show a variety of family-friendly classic films three times a week on a Saturday, Sunday and Monday, plus there’s food service from the hotel’s pizza restaurant and poolside lounge as well as a pop-up bar. Wrap up warm as it gets cool at night! 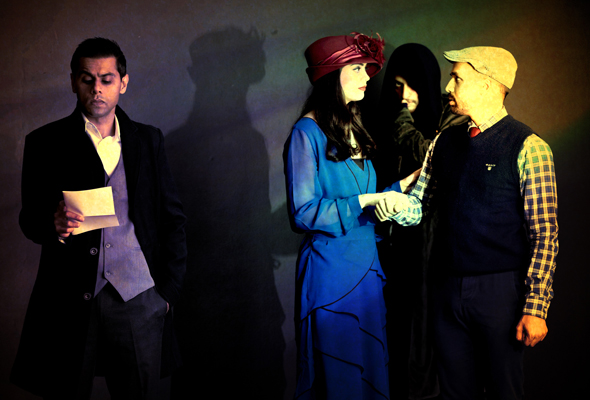 The famous detective is on the case again, as Sherlock Holmes is brought to life on stage by local theatre company at The Junction. It will have a four-show stint at the Al Quoz theatre. 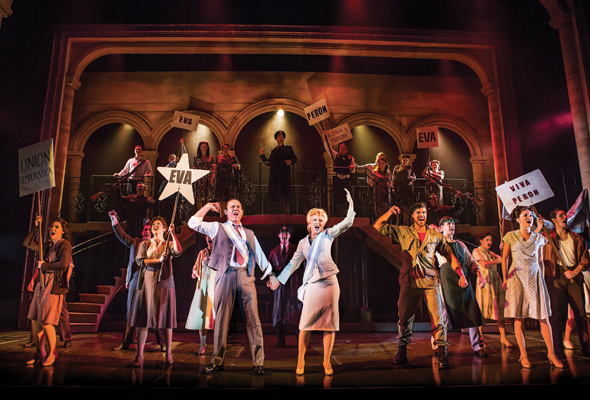 Kicking things off, Dubai Opera is bringing the tear-jerking Evita to the stage for a two-week run from January 22. And when it comes to strong First Ladies, Eva Peron is right up there among the best. The Argentinian heroine, a former actress, helped her husband Colonel Juan Peron guide the country through a turbulent time from 1946 to her death in 1952, and in doing so became an icon of the South American country. 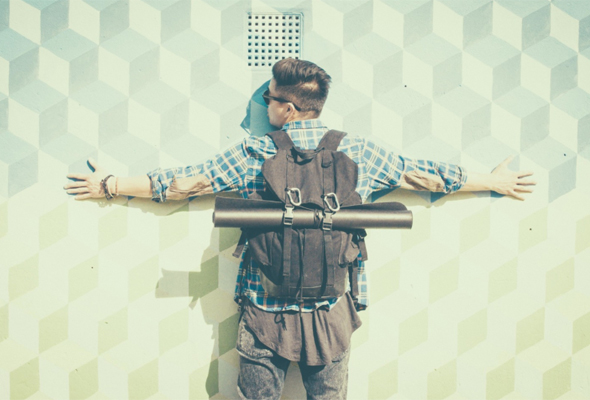 Michael James Wong is on a mission to break down barriers and smash stereotypes with his ‘Boys of Yoga’ weekends. It’s not just for the boys, but a great excuse to get them involved. Over three days, the motivational speaker, life coach and yogi will be hosting a collective of workshops and masterclasses at Urban Yoga.

January 25: A wild night at the bingo 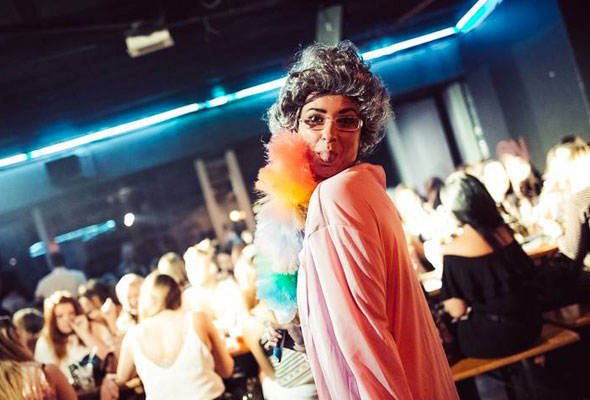 Yes, we did say bingo, but this round may not be quite as you know it. When Bongos Bingo burst onto the Media City party scene in 2016 it brought thumping sing alongs, novelty prizes and improptu raves with it. The next installment is January 25, and we’ve already got our eyes down, and on that Henry the Hoover prize…

News
Things to do
EDITOR’S PICKS
UAE holiday dates announced for Eid Al Adha
READ MORE
Another update: Emirates extends suspension of flights from India to UAE
READ MORE
Coming soon: Everything we know about Ain Dubai so far
READ MORE
Khorfakkan set to open new tourist attraction 580 metres above sea level
READ MORE
MOST POPULAR
It's Dhs350 to brunch, stay and play at the What's On Lock In this weekend
Abu Dhabi Green list updates: 20 changes to the quarantine free travel list
Barasti revamps its summer tent with stellar daily drinks deals
Enjoy dinner and a show 68 floors high in Dubai
New films to watch in cinemas this week: July 29 to August 4
16 Abu Dhabi pool pass deals that are so hot, they're cool
YOU SHOULD CHECK OUT
Our website uses cookies and other similar technologies to improve our site and your online experience. By continuing to use our website you consent to cookies being used. Read our privacy policy here.