Fun on the fairways: here's everything you need to know about the Abu Dhabi HSBC Golf Championship

Golf’s top pros return to the capital for the annual tournament, which starts today and runs all weekend

The Abu Dhabi HSBC Championship is back for its 13th year at Abu Dhabi Golf Club this weekend, with three of the world’s top ten golfers taking part.

The four-day championship will see 126 players compete for a $3 million prize fund. Defending champion Tommy Fleetwood will go head-to-head with World No 1 Dustin Johnson, four-time Major winner Rory McIlroy, and 2016 Open champion and Olympic silver medallist Henrik Stenson. The headlining pack will be joined by American Ryder Cup star and Olympic bronze medallist Matt Kuchar, making his Middle East debut, and two-time championship winner Paul Casey, who has had a remarkable 2017 with a strong performance at the Masters and the Bridgestone Invitational. 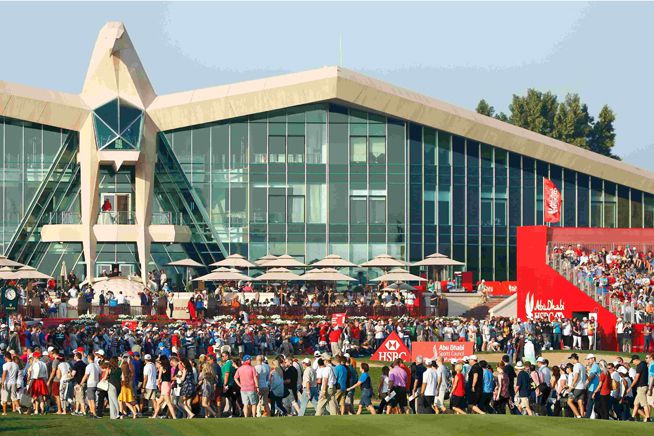 There’s plenty of reasons to go even if you’re not a frequent visitor to the fairways because this one isn’t just for golf fans. The Championship is an event all the family can enjoy with live music, food trucks, and interactive games for children and prizes to be won. 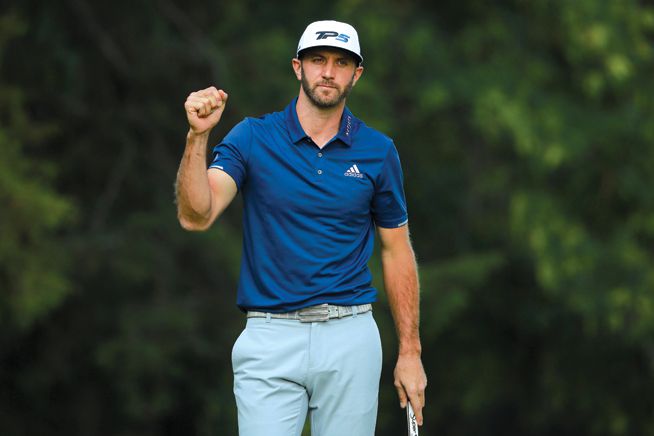 Did you know? Johnson grew up watching the swings of other golfers and applied it to his own game. He has a distinct swing characteristic – a bowed left wrist at the top of his backswing. He nearly won the 2010 PGA Championship but was hit with a two-shot penalty for grounding his club in a waste bunker.
“Abu Dhabi is a fun course and I felt I played well during my first appearance. I hope to finish one spot better than in 2017.” 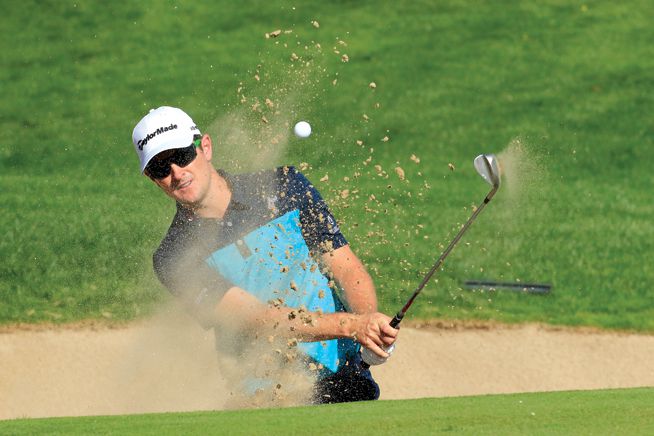 Did you know? He stunned the golfing world in 1998 when, as a 17-year-old amateur, he came fourth at the Open Championship, earning a silver medal.
“Starting 2018 off in Abu Dhabi is something many of the players on the tour look forward to. It’s a really enjoyable yet testing course, which gives us a challenge each round, and I’m sure I’m not the only one looking to take the Falcon Trophy off Tommy this year.” 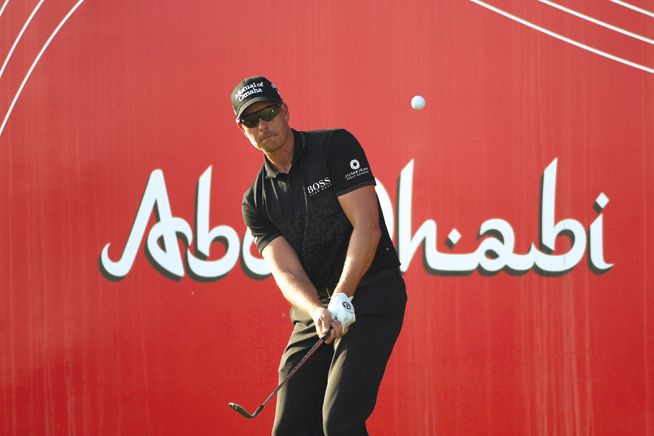 Did you know? He once fell to No 621 in the world rankings. In the top 100 in the 2001 season, a battle with his tee shots equated to Stenson falling out of the top 600 in the world and fell into the 220s in 2012 after becoming a Top 10 stalwart during the 2008 and 2009 campaigns.
“I know the UAE well having lived there for almost 10 years and the course is magnificent, particularly the 18th hole, Par 5, whose green is by the grandstand.” 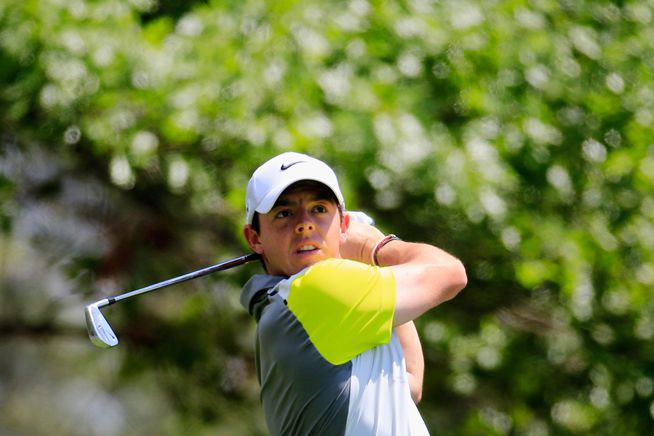 Did you know? McIlroy is worth approximately £38.4 million ($50 million), according to Forbes’ 2017 list of the highest paid athletes in the world. The golfer was ranked as the world’s sixth highest paid sports star, behind the likes of footballer Cristiano Ronaldo.
“Abu Dhabi is the perfect place to open my season’s campaign. I will be completely focused on trying to win the coveted Falcon Trophy, having come close before.” 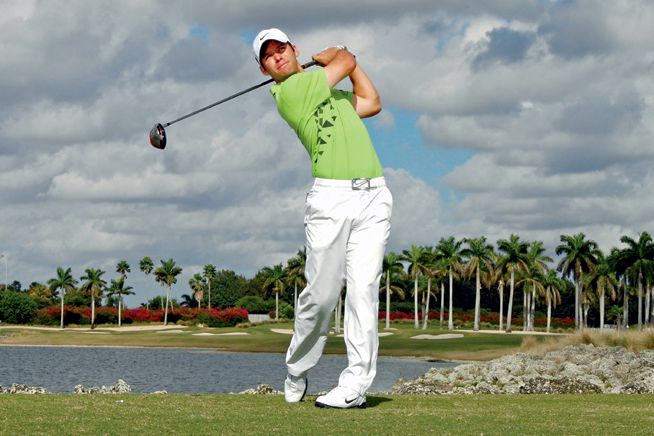 Did you know? Abu Dhabi is full of happy memories for the golfer, having met his wife television presenter Pollyanna Woodward at the Formula 1 Chequered Flag Ball at the 2011 Abu Dhabi Grand Prix.
“Abu Dhabi is a special place for me, having won the Championship twice. I’m confident heading into the tournament and it would be great if I could equal Martin’s record there.” 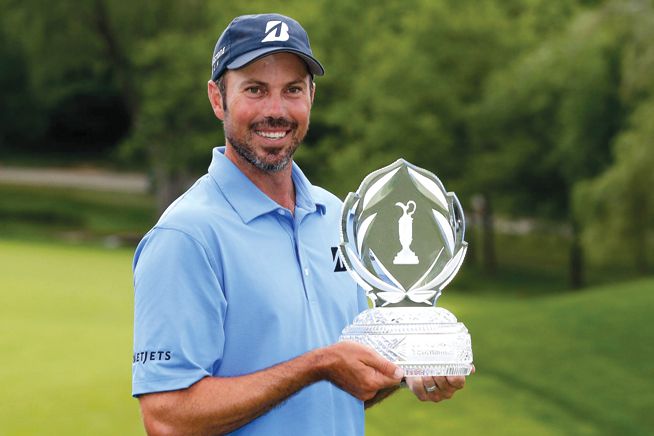 Did you know? He has won seven times on the PGA Tour over 12 years and is renowned as one of the most consistent players, having earned over $30 million in prize money and recorded several Top 10 finishes.
“I am excited to finally be playing in Abu Dhabi. Despite there being a lot of talent coming up through the ranks, I’m confident that if I can keep up my good form from 2017 I’ll be well placed.” 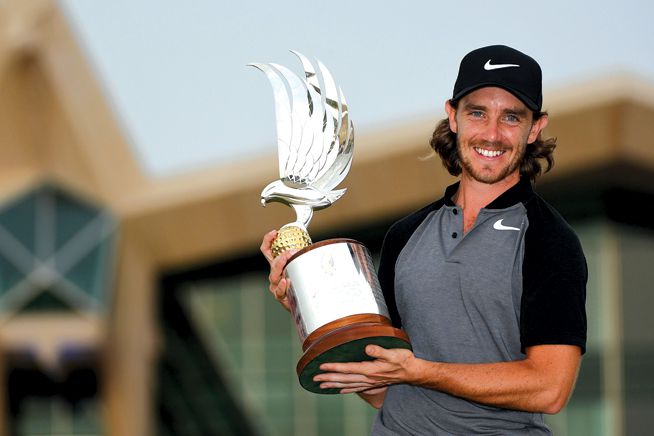 Did you know? Fleetwood, who was born in Southport, England, turned pro back in 2010, and has had a storming career ever since. He picked up two European Tour wins, first at the 2013 Johnnie Walker Championship at Gleneagles tournament and then at the 2017 Abu Dhabi HSBC Golf Championship. His career earnings total? $9,099,466.
“It’s a very big deal to prove yourself against some of the world’s best.”

More things to do: explore the Championship Village

Relax by the Green Grooves Stage 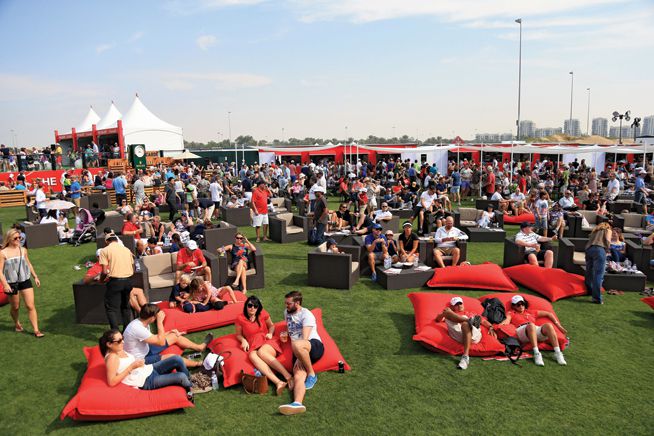 A new addition to the Championship Village, families can enjoy live entertainment daily post-play. There will be a range of food trucks serving a variety of cuisines including Mexican, BBQ, pan-Asian and ice-cream. 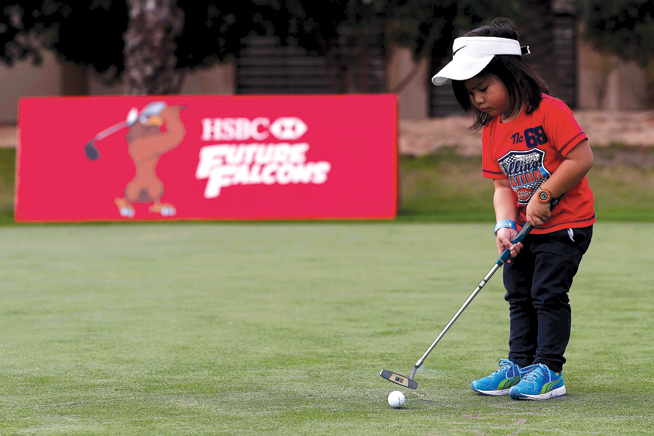 This drive, chip and putt challenge is designed to introduce kids to the sport. The programme teaches the fundamental components of golf in a fun, family-friendly way. You never know, you might have a champ in your family. 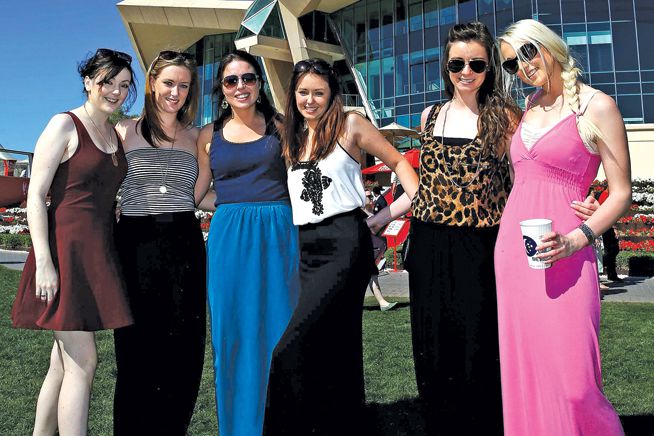 On Friday January 19, Emirates Woman magazine will host a Ladies’ Day Best Dressed Competition. Walk the runway in your most glam threads for the chance to win two flights to NYC and passes to New York Fashion Week. 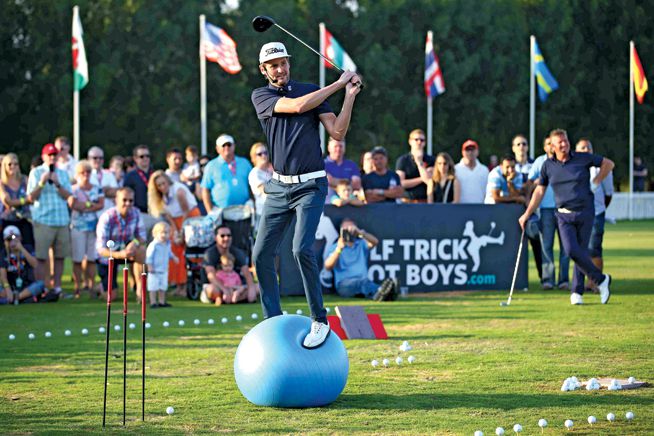 Outdoor
Sport & Fitness
EDITOR’S PICKS
So, when is the next UAE public holiday in 2021?
READ MORE
All of the lavish new hotels set to open in Dubai in 2021
READ MORE
16 of the best pool passes in Dubai that are fully redeemable
READ MORE
All of the restaurants at West Beach, Palm Jumeirah
READ MORE
MOST POPULAR
Abu Dhabi tourists can now get free vaccines through SEHA
Before and after: Stunning photos capture Dubai’s incredible transformation
Etihad wins Best Cabin Crew and Frequent Flyer Programme awards
Flash sale: This Dubai hotel has 40 per cent off and free attraction tickets
The best deals we've found in Amazon's Prime Day sale
YOU SHOULD CHECK OUT
Our website uses cookies and other similar technologies to improve our site and your online experience. By continuing to use our website you consent to cookies being used. Read our privacy policy here.