Around the world in 8 Dubai workouts

Can’t get motivated to hit the gym? Maybe you just haven’t found the right workout. These classes from all over the globe will help you get in the groove… 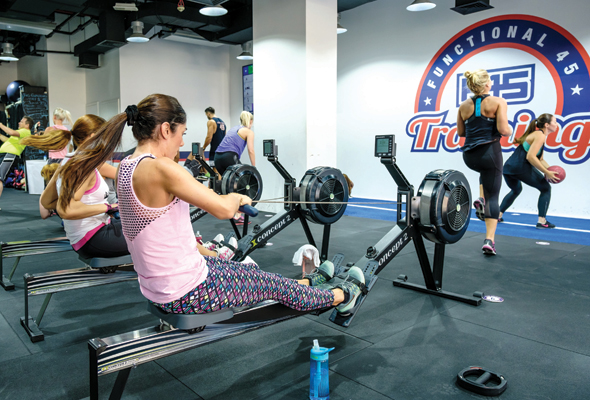 THE HISTORY: Melbourne really likes toying with the extremes of everything (don’t even get us started on avolattes), so when they claimed to have created the world’s best workout – well, the world sat up and took notice.

The F45 founders from Down Under set out with a seemingly menial task: to discover the best and most effective type of workout, which changes every day. They clearly succeeded. After launching in 2014, they now boast over 700 franchises around the world. And when you’ve got Wolverine (Hugh Jackman) on your roll call, you know you’ve made it.

THE CLASS: These 45-minute workouts are not for the faint of heart, with high-intensity interval training (HIIT) circuits that will get your blood pumping. The gym has functional equipment and big screens demonstrating each move and counting down the seconds so you don’t have to. Each class is different. For example, ‘Brooklyn’ mixes your HIIT moves with boxing and kicking drills. The Friday morning classes are fab too, with an energetic vibe thanks to a live DJ.

TOP TIP: They’re offering two-week free trials from now until the end of the year. 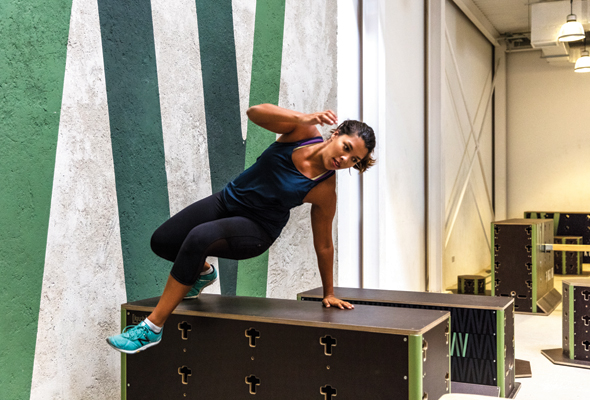 THE HISTORY: Back in 1902, a French naval lieutenant created a physical training discipline called ‘the natural method’, after helping evacuate indigenous people from a volcanic eruption in the Caribbean.

It soon became the basis for French military training, and years later, French Special Forces legend Raymond Belle taught his son his method of ‘parcours’ (course in French). David Belle taught it to his friends, and formed the Yamakasi: the original group of parkour masters.

TRY IT AT: Parkour DXB

THE CLASS: Also known as free-running, modern day parkour involves running, jumping and climbing from place to place. Luckily for Dubai, one of the pioneers of the sport, Stephane Vigroux, teaches at Parkour DXB. You’ll learn the correct techniques for how to jump and land safely, on obstacles that become progressively more challenging. Finally, you’ll tackle an obstacle course that puts all your new skills into practice. Just like a playground for grown-ups.

TOP TIP: Wear trainers with as thin a sole as possible, for maximum grip and control. 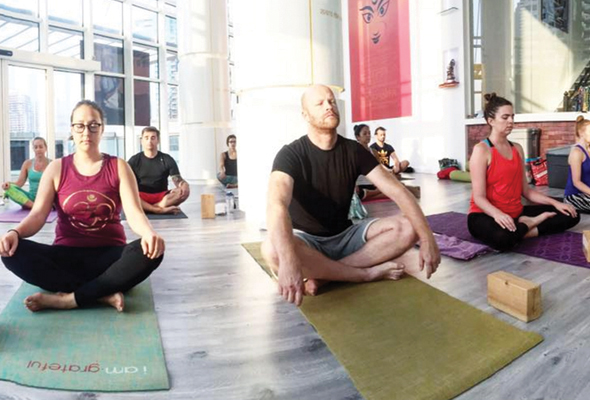 THE HISTORY: Perhaps for its auspices of mindfulness and spirituality, or for the low-impact exercise (or maybe because of its association with Ladies Who Lunch and lululemon), modern-day yoga has a cult-like reverence. And so it should, for the practice dates back to ancient India. It’s also one of the six major orthodox schools of Hinduism.

After yogis of the East introduced the practice to the West, it was soon popularised as a form of exercise.

THE CLASS: With a schedule full of Iyengar, jivamukti, ashtanga, hatha yoga and a range of visiting teaches and workshops, 136.1 is where you’ll find yoga at its stripped-back best. Ashram yoga with Dr Maha revolves around the daily goings-on of an actual ashram. Its two-hour class centres around the labour of spirituality, and the physical work of keeping the ashram running. You’ll struggle to find as tranquil a setting in the marina.

DID YOU KNOW? The studio name derives from the Hertz frequency of ‘om’ – the universal yoga sound you’ll hear chanted in classes. 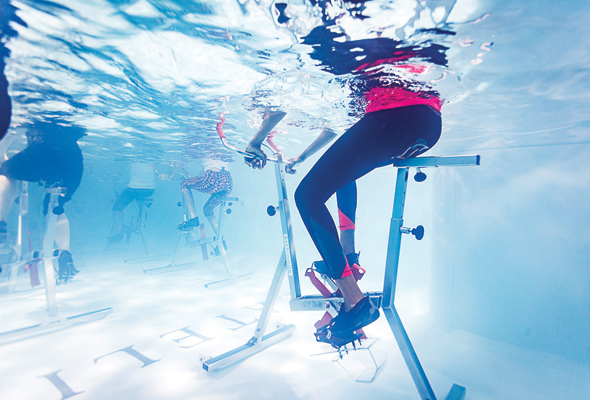 THE HISTORY: Dr Izumi Tabata, a Japanese physician and researcher, was analysing the Japanese speed skating team’s training programme when he pitted two study groups against each other five times a week for six weeks (one doing a 20-second exercise session with 10 seconds of rest repeated eight times, the other an hour of moderate training). Incredibly, he found the high-intensity group reaped the biggest rewards (despite doing 28 hours less exercise). Thus, the researcher slapped his name on the method and in 1996, Tabata was born.

TRY IT AT: L’Atelier Aquafitness

THE CLASS: It’s Tabata, but not as you know it. For one, it’s on a bike. For two, it’s underwater. With just 20 minutes of exercise for the day, and 10 minutes’ rest – it sounds easy, right? But come and talk to us after you’ve spent 20 minutes furiously pedaling through a liquid that just does not want you to succeed.

TOP TIP: Forget the exercise is taking place in a swimming pool and forgo the bikini. Trust us, your chafe-prone thighs will thank you for wearing leggings. 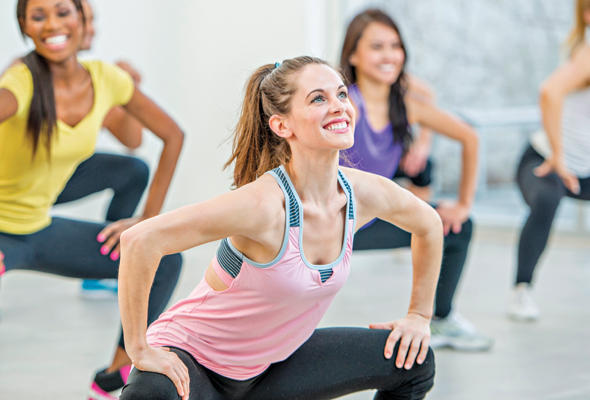 THE HISTORY: Sure, you probably expected us to pick capoeira or jiujitsu or another form of well-established Brazilian exercise, but we’re sure this workout is far more fun. Basically, in 2010, Brazilian Fitness First trainer Dana Fabro wanted a class with a carnival-like, high-octane atmosphere, and enlisted the help of two fellow Brazilian staff to make it happen. The idea was that it would target the glutes and thighs, two incredibly important parts of anatomy for Brazilian women who spend a lot of time beachside.

TRY IT AT: Fitness First

THE CLASS: Just like you’re on the streets of Rio at Carnival, feel those banging Brazilian beats and get ready to be motivated. This 45-minute class is almost just like a party – one that includes more excruciating exercises than chips and beverages – with a big group and excitable trainers. Classes are freestyle, so the trainer picks the exercise, but you’ll use anything from bars, to plates, to steps to resistance bands.

TOP TIP: Stop lusting after the Kardashians and model your glutes after a Brazilian strolling the sands of Copacabana. 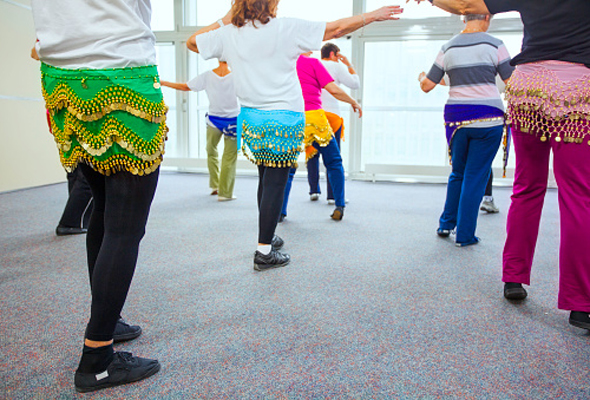 THE HISTORY: Evidence on exactly where it began is pretty scarce; but plenty say the Middle East. In the 18th and 19th centuries, it became synonymous with the Ghawazee dancers in Egypt, and the belly dance performed in the sultan’s palace of the Ottoman Empire. Belly dance is now performed as either a folk dance between ordinary people in ordinary clothes, or the performance you’re probably more familiar with.

TRY IT AT: The Melodica Music Centre

THE CLASS: Take your pick between Belly Fit or a traditional class, and get ready for a high-energy social workout. The mix of traditional and modern Arabic will have your hips swaying in no time, as the experienced coaches teach you the moves. Belly Fit will focus on improving your fitness and muscle tone, particularly the tummy and legs, while the traditional class will focus more on technique and the local culture.

TOP TIP: There’s no room for modesty in a class structured around wobbling your mid-section. 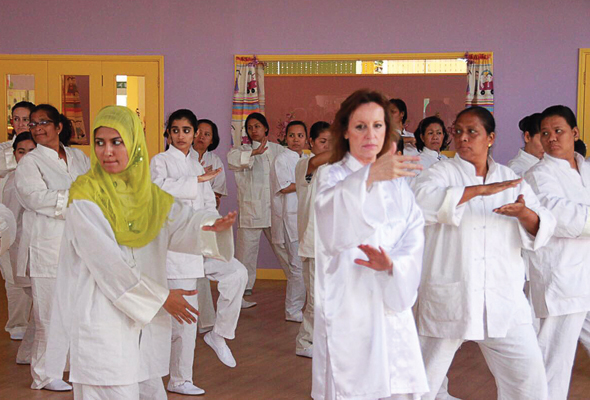 THE HISTORY: Although its history is hazy, a Taoist monk is credited with the creation of tai chi. Chinese families then passed the ancient practice down their lineage as a family secret; and it evolved into five different styles. Each is named after the Chinese family from which it originated – the earliest, Chen-style, dates back to the 1500s. The philosophy of tai chi is simple: everything has two opposing forces, which interact in perfect harmony to create a whole. Yes – it’s the birthplace of the concept of yin and yang.

THE CLASS: The words tai chi chuan (often shortened to just tai chi) literally mean ‘supreme ultimate boxing’ in Chinese. While not quite an intense combat sport, much of its movements rely on the ancient martial art, and it utilises breathing, visualisations and movements to work the entire body – often in large, sweeping movements.

TOP TIP: Let all that stress go! Tai chi has been scientifically proven to reduce stress, help you sleep, reduce anxiety, lower blood pressure… and lots more. So head for one of these classes if you’ve had a rough week. 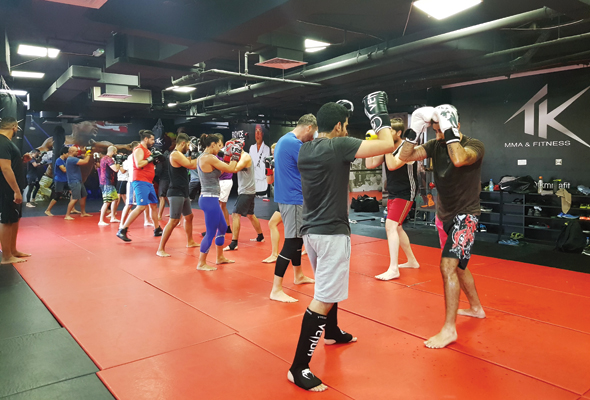 THE HISTORY: A 16th century Siam fighter fought for freedom against his Burmese captors using his renowned hand-to-hand combat style. Returning to Siam a hero, his fighting style, Muay Thai, became a national sport. While it has become popular in mixed martial arts circles around the world, it has also become somewhat of a pilgrimage for young athletes to make the trek to Thailand and take up residence at Muay Thai camps.

TRY IT AT: TK MMA Fitness

THE CLASS: Essentially a derivative of kickboxing, Muay Thai allows knees and elbows to be thrown during the fight. So expect a bit of a slap or a kick to the side mid-fight. In most classes you’ll do a mix of circuit training, drills, combinations, learn new movements and be paired up and let loose to spar with each other. It sounds scary (and it probably is if your partner has had a particularly bad day at work) but with proper training and conditioning, it becomes almost graceful.

TOP TIP: There’s a meditative and mindfulness aspect to Muay Thai too, so calm your thoughts and emotions and you’ll become a better athlete.

Sport & Fitness
Workouts
EDITOR’S PICKS
When is the UAE's next public holiday?
READ MORE
Zanzibar-inspired restaurant Mikoko Hut opens at UAQ mangrove beach
READ MORE
Christmas Day in Dubai: Festive brunches, lunches, roasts and more to book
READ MORE
This magical winter garden is back at Habtoor Palace Dubai
READ MORE
MOST POPULAR
Last chance to get your fast passes for Abu Dhabi F1 concerts
10 turbocharged things to do in Abu Dhabi this weekend: Dec 9 to 11
Deliveroo is dishing out free Krispy Kreme doughnuts
Bye bye Bidi Bondi, hello Byron Bathers Club
Four reasons to celebrate the festive season at Four Seasons Dubai
YOU SHOULD CHECK OUT
Our website uses cookies and other similar technologies to improve our site and your online experience. By continuing to use our website you consent to cookies being used. Read our privacy policy here.