The landmark retrospective shows works from the 1970s to 2016, and all by one artist: Hassan Sharif.

Hassan Sharif is arguably the UAE’s most important artist. He was a pioneer in experimentation in the region via his conceptual work, and he was prolific throughout his career, which ran from the 1970s until 2016, when he sadly passed away. 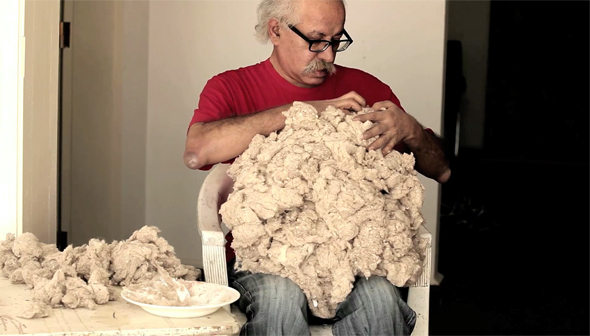 His body of work acts as a solid contradiction to the oft-touted misconception that all culture is shipped into the UAE from the West: Sharif is Emirati, his work is of the UAE, and even the most ethnocentric can’t deny that.

The good news is that there’s currently an excellent retrospective of Sharif’s work on show in Sharjah’s gorgeous Al Mureijah Square and Bait Al Serkal, where you will find works from the 1970s up until 2016: it’s called Hassan Sharif: I Am The Single Work Artist. 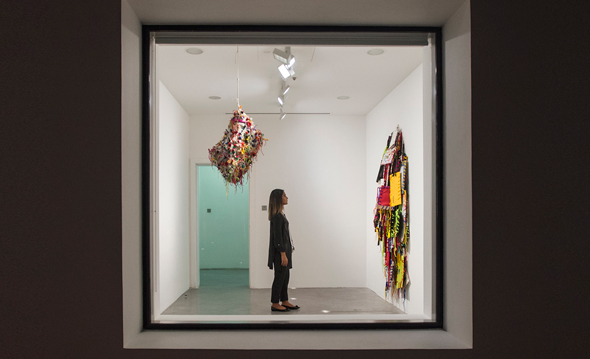 The exhibition covers everything from his early satirical cartoons that appeared in UAE newspapers in the ’70s to his huge site-based works, including Slippers and copper wire (2009, pictured above). There are plenty of works that show Sharif’s style of ‘weaving’ – taking common, mass-produced items and turning them into something else entirely (partly as a statement on global consumer culture, and its influence on the UAE).

The exhibition is curated by Hoor Al Qasimi, Director of the Sharjah Art Foundation. It runs until February 3, and you can visit any time from 10am to midnight Saturday to Thursday and 4pm to midnight Friday. 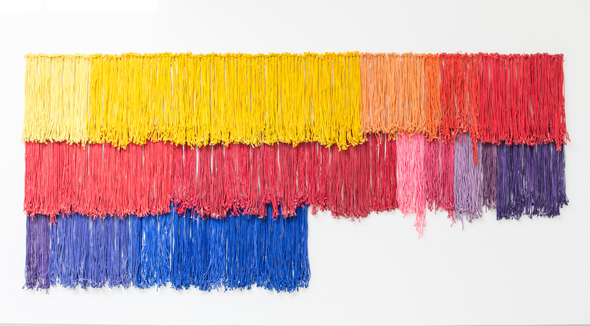 Plus, the exhibition is completely free to visit, and it’s held smack-bang in the middle of the beautiful arts and heritage area of Sharjah – which is worth an explore in-and-of-itself.

There will also be a special symposium on Sharif on Wednesday, January 31 (keep an eye on the Sharjah Art Foundation Facebook page for more information on how to get involved).

Sharif not only produced works of art, he also worked to help Emirati audiences engage with the art world by translating historical art texts into Arabic. He was an educator, writer and critic as much as he was an artist. 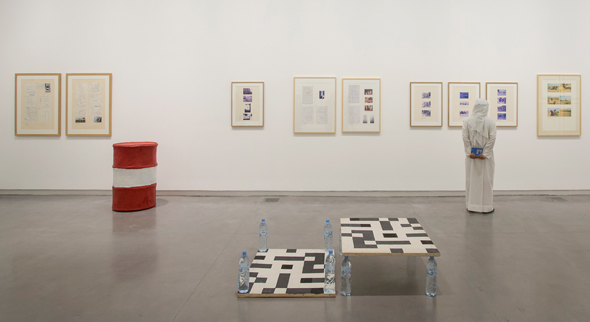 To find out more about his life, we recommend checking out Alaat Haddah (Sharp Tools), a film directed by writer and filmmaker Nujoom Al Ghanem. In the film, which began shooting before Sharif’s death, Al Ghanem speaks to the artist’s friends, collaborators and commentators about his work and achievements. It had its world premiere at the 2017 Dubai International Film Festival, where it won Best Muhr Emirati Feature.

We’ll leave you with a typically down-to-earth quote from Sharif:

“I’m not trying to make magic of some kind that would impress an audience as to how the work is created. There are no secrets. The philosophical or psychological question here is how, as an artist, I give myself the authority to make art.”

Art
Culture
EDITOR’S PICKS
Ramadan in Dubai: 48 iftars to try
READ MORE
Where can Dubai residents travel? Check out these 14 destinations
READ MORE
Rumours, facts and reveals: New Abu Dhabi bars and restaurants
READ MORE
UAE announces reduced working hours for Ramadan 2021
READ MORE
MOST POPULAR
UAE: Strict restrictions may soon be in place for those who aren't vaccinated
Review: Rainforest camping at The Green Planet Dubai
The rules for children wearing face masks have been updated in UAE
Etihad sale: Surprise gift boxes and a chance to win 50 times your airfare
Break your fast in style at W Dubai - The Palm this Ramadan
YOU SHOULD CHECK OUT
Our website uses cookies and other similar technologies to improve our site and your online experience. By continuing to use our website you consent to cookies being used. Read our privacy policy here.