Pop songstress Emeli Sande to perform in the UAE

Scottish singer and songwriter Emeli Sande is set to return to the UAE next month. The award winning star will perform a one-off gig at the Al Majaz Amphitheatre in Sharjah on February 16. Early bird tickets start from Dhs94.50.

First rising to fame with her debut single Heaven in 2011, the songstress went on to produce powerhouse hits including Next to Me, My Kind of Love, and Clown.

Sande also featured on number one singles Read All About It with rapper Professor Green and Beneath Your Beautiful with Labrinth.

It will be the third time the star, who has won a string of awards including four Brit Awards and three MOBOs, has performed in the UAE. She first came to Dubai in 2009, putting on a string of shows at Warehouse at Le Meridien Dubai.

The powerhouse singer returned to the city in 2013 to headline the annual Sandance New Year’s Eve concert. 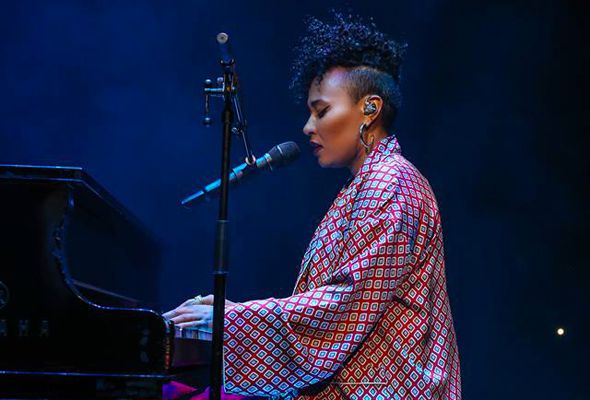 ALSO READ:
2018 in music: All the artists confirmed to perform in Dubai

And Sande isn’t the first international artist to be hosted at the Al Majaz Amphitheatre. Last year, the venue welcomed Julio Iglesias, father of Spanish crooner Enrique Iglesias, for a one off performance in May.

Nightlife
EDITOR’S PICKS
Ramadan in Dubai: 38 iftars to try
READ MORE
Where can Dubai residents travel? Check out these 14 destinations
READ MORE
Rumours, facts and reveals: New Abu Dhabi bars and restaurants
READ MORE
UAE announces reduced working hours for Ramadan 2021
READ MORE
MOST POPULAR
Abu Dhabi International Book Fair to return in May as a live event
17 of Dubai's best beachfront restaurants
New films to watch in cinemas this week: April 15 to 21
There are 6 royal Ramadan experiences to try at Emirates Palace
Layali Ramadan: BIG sales on shopping, stays and dining in Abu Dhabi
YOU SHOULD CHECK OUT
Our website uses cookies and other similar technologies to improve our site and your online experience. By continuing to use our website you consent to cookies being used. Read our privacy policy here.