The world's first Masterchef TV restaurant is coming to Dubai

The restaurant will showcase the talents and recipes of MasterChef contestants in the soon-to-open Wyndham West Bay Dubai Marina Hotel.

The world’s first MasterChef the TV Experience restaurant is coming to Dubai, and it’s set to open later this year.

What is that, exactly?

Well, based on the ever-popular reality TV show where budding cooks battle to become the series MasterChef, the restaurant will showcase the talents and recipes of contestants from around the globe. 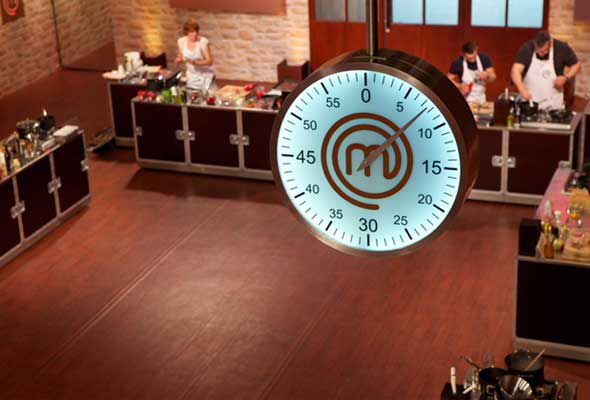 Set to debut in the Wyndham West Bay Dubai Marina Hotel, which will open later this year, the restaurant concept will fully immerse guests in the MasterChef TV show experience.

The interior will be inspired by the MasterChef TV set, and diners will be able to choose from an ever-changing menu featuring popular original dishes conceived and inspired by contestants and champions from some 52 countries.

“The brand’s massive popularity makes the opening of the world’s first MasterChef the TV Experience restaurant in Dubai a major coup for the city,” said Duncan Fraser-Smith, director of global food & beverage for The First Group, the company behind the restaurant.

“It is an extension of an iconic brand that will further enhance the city’s reputation as a global dining destination.”

MasterChef, which has been adapted in more than 52 countries worldwide, is the most successful cookery television format in the world.

An exact opening date has not yet been given, but we’ll update you as soon as it is.

Eat & Drink
Restaurants
EDITOR’S PICKS
So, when is the next UAE public holiday in 2021?
READ MORE
All of the lavish new hotels set to open in Dubai in 2021
READ MORE
16 of the best pool passes in Dubai that are fully redeemable
READ MORE
All of the restaurants at West Beach, Palm Jumeirah
READ MORE
MOST POPULAR
Abu Dhabi tourists can now get free vaccines through SEHA
Before and after: Stunning photos capture Dubai’s incredible transformation
Etihad wins Best Cabin Crew and Frequent Flyer Programme awards
Flash sale: This Dubai hotel has 40 per cent off and free attraction tickets
The best deals we've found in Amazon's Prime Day sale
YOU SHOULD CHECK OUT
Our website uses cookies and other similar technologies to improve our site and your online experience. By continuing to use our website you consent to cookies being used. Read our privacy policy here.