Cars and culture: the art you must check out on the Louvre's audio Highway Art Gallery

In a world-first, the capital’s museum opened a highway audio exhibition last week. Here’s our pick of the art you should be looking out for on your next drive from Dubai to Abu Dhabi

If you’ve motored along the E11 highway from Dubai back to Abu Dhabi lately, you’ll have noticed several huge Louvre Abu Dhabi billboards on the side of the road with photos of the various pieces of art on display in the museum in Saadiyat Island.

These 8x6m billboards aren’t just for show – they are part of the world’s first Radio-Guided Highway Art Gallery. If you drive past them listening to a specific radio station, the signal will be replaced as you pass the billboard, with an audio commentary describing the history of the piece.

When you’re driving, you need to be tuned into one of the following stations: Radio 1 FM (100.5FM), Classic FM (91.6FM) and Emarat FM (95.8FM). They’ll automatically tune out as you approach the billboard and will replace the station signal with a 30-second explanation of each exhibit – it’s another world-first for the UAE, this one is world’s first audio-visual experience of this kind.

So what will you see and hear about on your drive? There’s 10 billboards in total, but after doing the journey last week, here’s the What’s On team’s favourites, for those of you looking to learn a thing or two while on your commute. 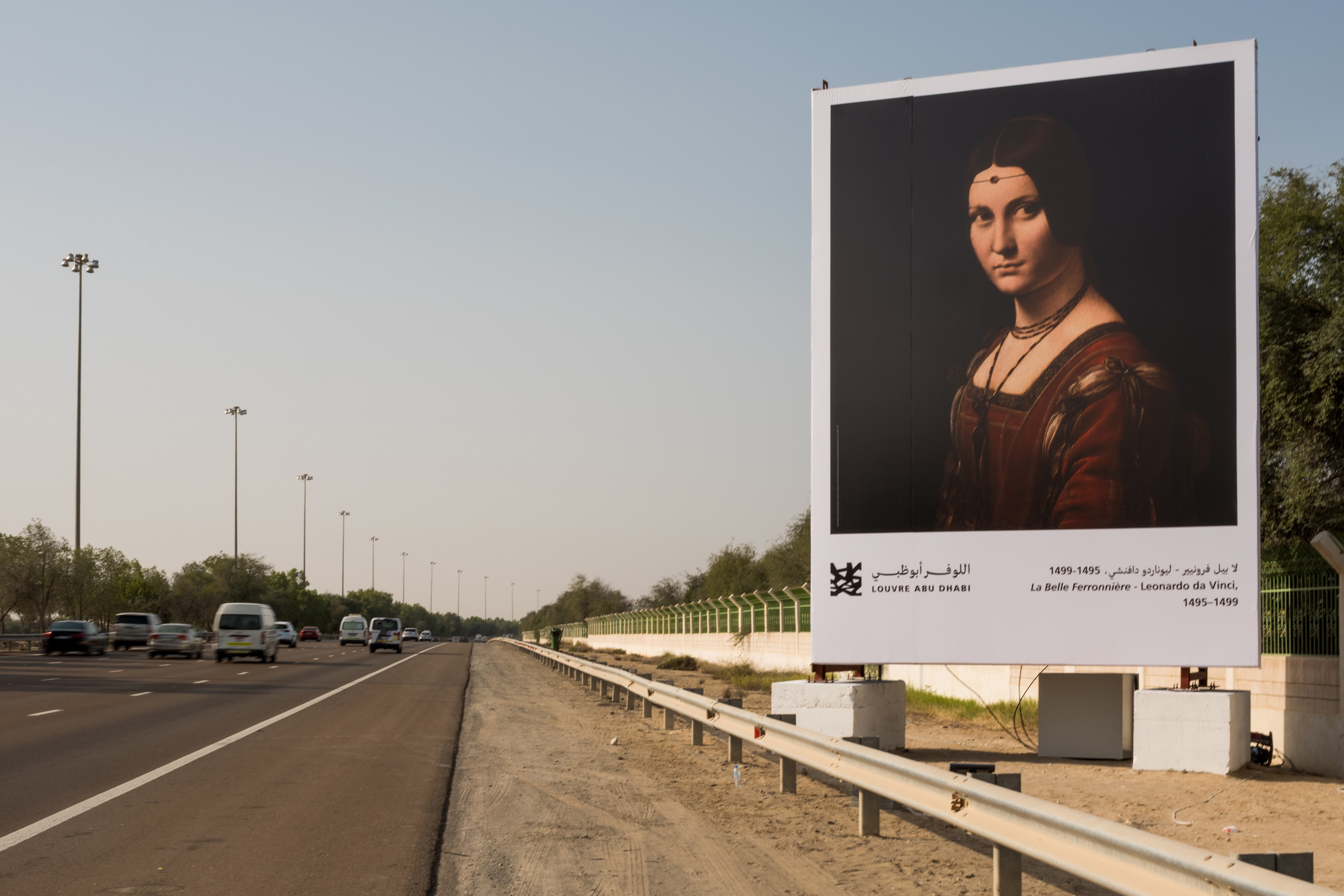 This one is on loan from the Louvre in France and was painted between 1490 and 1496. It remains a mystery who the model in the painting actually is. 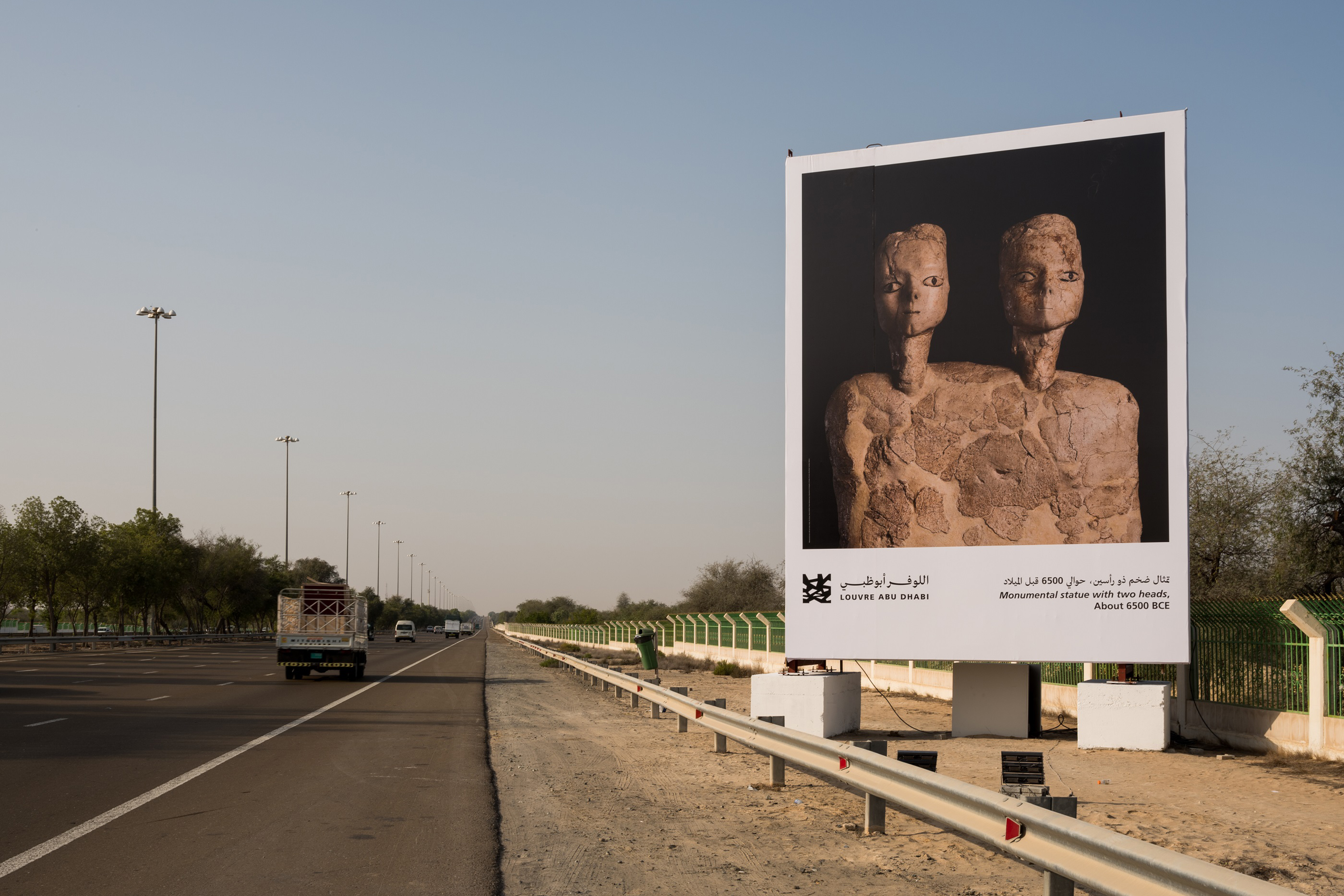 Dates back to Jordan, and roughly the year 6500BCE. A plaster statue, it’s one of the oldest discovered in the history of humanity. It was found in a settlement along the Zarqa River, a Neolithic settlement in the Near East. 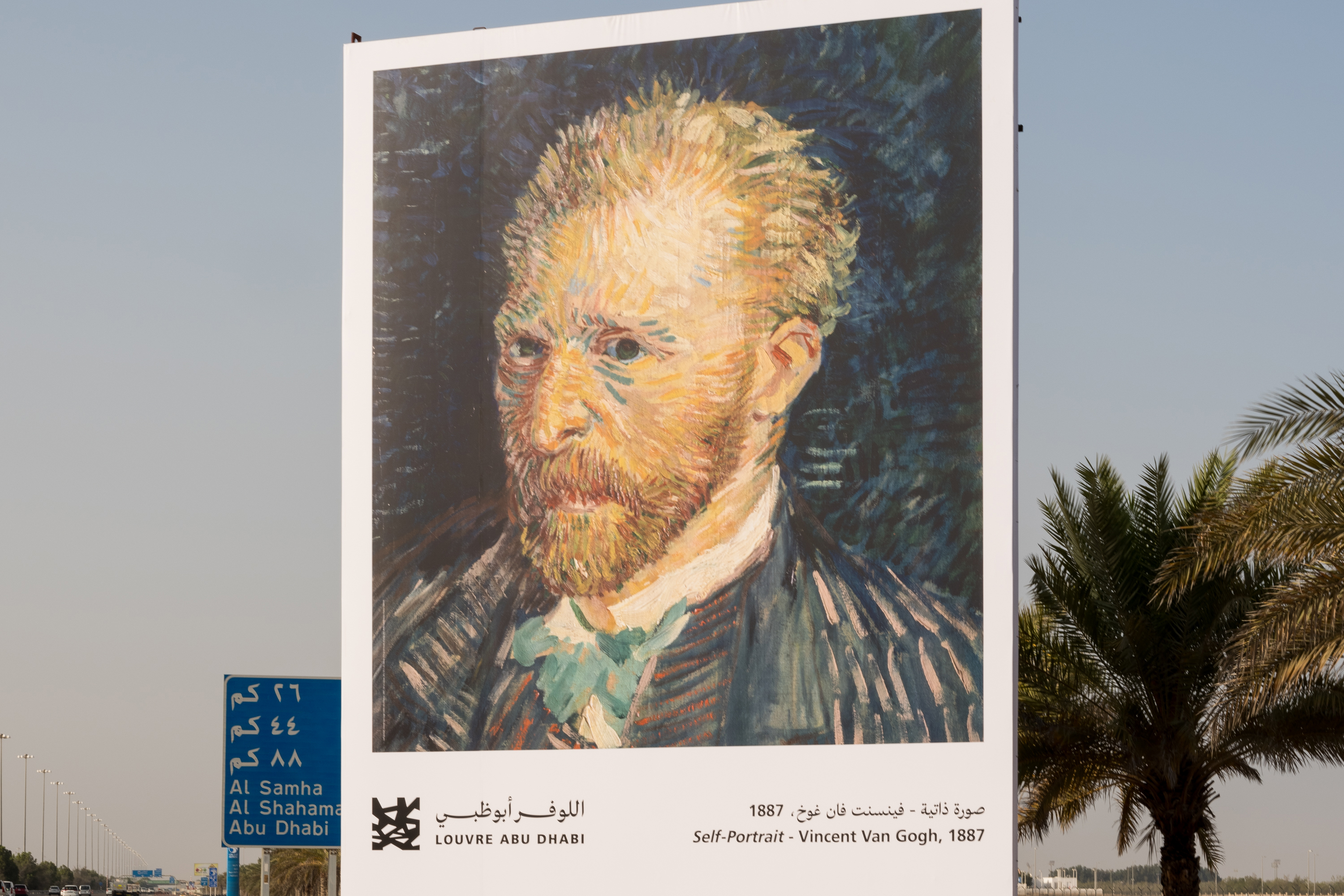 On loan from the Musuem d’Orsay in Paris, the Dutch impressionist painted this self-portrait way back in 1887, in the autumn of that year. He lived in Paris between 1886 and 1888 and spent a large part of his time there painting portraits of friends and, also still life paintings. 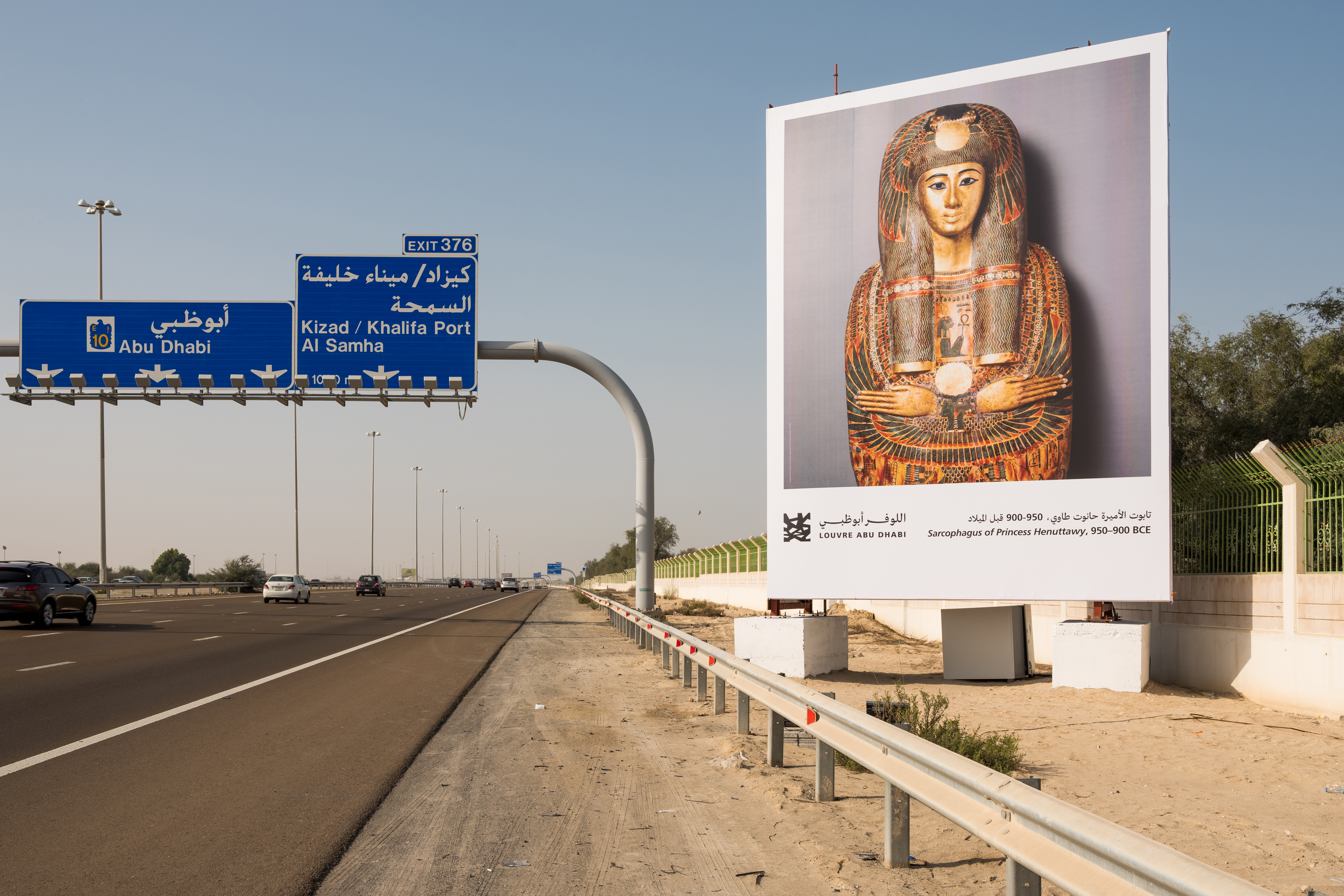 The funeral set of princess Henuttawy dates back to the second half of 10th century BCE, and the beginning of the 22nd dynasty.