This is good news for frequent drivers in the area…

As part of ongoing improvements to the traffic flow around the Trade Center area, the Roads and Transport authority (RTA) has opened two major new bridges.

The two bridges form part of the improvements to the Sheikh Rashid and Sheikh Khalifa bin Zayed streets intersection. Also included in the works is a tunnel, which is expected to open later this year.

The first bridge on Sheikh Khalifa bin Zayed Street is made up of two lanes in each direction, and the second is a one-lane Bridge stretching from Zabeel Street to the direction of Sheikh Rashid Street.

The new bridges should help ease traffic both to Al Karama and around the World Trade Center junction in the direction of Sheikh Zayed road. 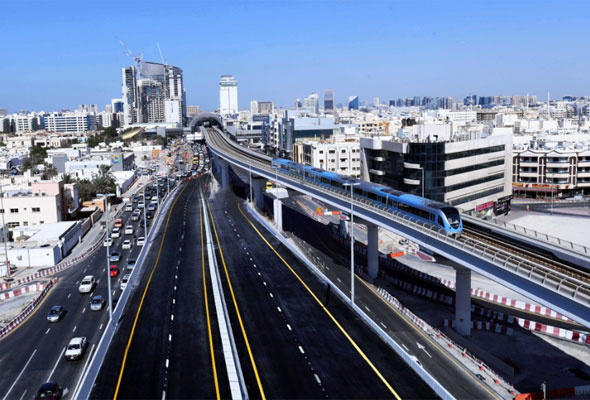 “The Project is part of RTA’s master plan for the improvement of roads, bridges, crossings and underpasses to accommodate the growing traffic volumes, and ease the traffic movement in all parts of Dubai. It is also part of the overall efforts to implement RTA’s strategic plan for upgrading roads and transport infrastructure in Dubai.,” explained Al Tayer.