Just one week after the news that Heston Blumenthal is opening a restaurant on The Palm, a Japanese celebrity chef has revealed he’s setting up shop in Dubai.

Masaharu Morimoto is best known as the star of the Japanese cooking show Iron Chef, as well as its spinoff, Iron Chef America.

The 62-year-old trained as a sushi chef in Japan before moving to the US in 1985, where he joined the famed Nobu restaurant in New York.

He opened his own restaurant, Morimoto, in Philadelphia in 2001, followed by branches in Mumbai, New York, and the Michelin star-rated Morimoto XEX in Tokyo. 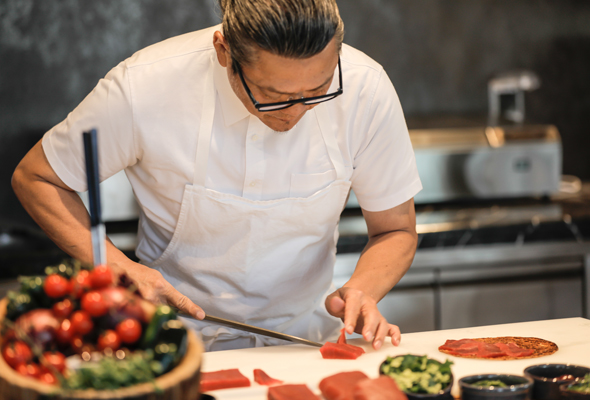 Now, he’s bringing the Morimoto brand to the Renaissance Downtown Hotel. The restaurant, which is located on the 23rd and 24th floors, is set to open to the public this month.

What can we expect? Morimoto Dubai will be open daily for dinner under the direction of Chef Morimoto and a team that includes several specialist sushi and teppan chefs hailing from Morimoto restaurants around the world.

There will be traditional sushi served from a 24-seat sushi counter, and a live teppanyaki counter headed by one of Morimoto’s best teppan chefs from the Michelin-starred Tokyo restaurant.

Seafood in the Dubai restaurant will be drawn from markets around the world, including deliveries direct from the famous Tsukiji fish market in Tokyo and Fukuoka fish market. 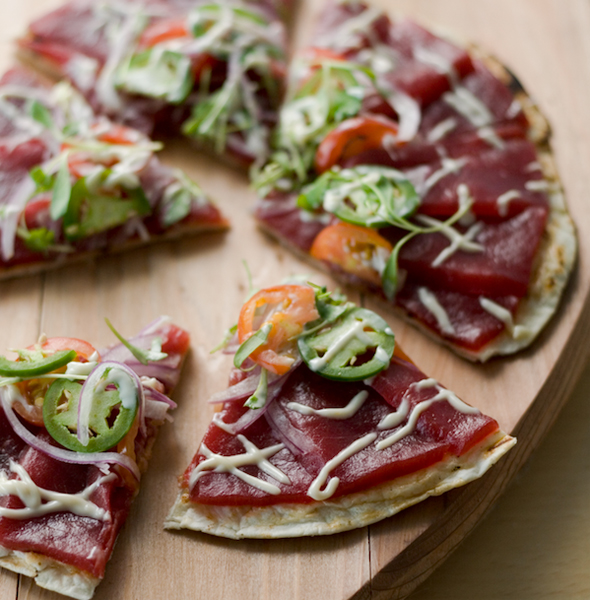 In terms of the space, both levels of the restaurant will feature spacious terraces, including two large terraces on the 23rd floor with dedicated bars and lounge seating.

Diners can also choose to enjoy a meal in one of the individually designed private dining rooms. On the 24th floor, there will be private access terraces offering spetacular views, which can seat up to 10 guests each.

If you visit the restaurant in its opening weeks, you might even catch a glimpse of the Iron Chef himself – he’s set to visit the Dubai team every few months for training and menu development.

Eat & Drink
EDITOR’S PICKS
So, when is the next UAE public holiday in 2021?
READ MORE
All of the lavish new hotels set to open in Dubai in 2021
READ MORE
16 of the best pool passes in Dubai that are fully redeemable
READ MORE
All of the restaurants at West Beach, Palm Jumeirah
READ MORE
MOST POPULAR
8 great deals dads can enjoy this Father's Day in Dubai
Abu Dhabi businesses gear up for Green Pass launch tomorrow
What to do if your ALHOSN app is showing incorrect information
Escape to a beautiful all-inclusive seaside staycation right here in the UAE
You can now do yoga in the sky at The View at The Palm
YOU SHOULD CHECK OUT
Our website uses cookies and other similar technologies to improve our site and your online experience. By continuing to use our website you consent to cookies being used. Read our privacy policy here.