Here's what the Backstreet Boys are getting up to in Dubai

The world’s most iconic boyband has landed in Dubai, and as expected, they’re ticking off all of the city’s Larger Than Life attractions.

The Backstreet Boys are set to headline the sold-out Blended music festival at Dubai Media City Amphitheatre tonight, their first concert in the city since their December 2009 performance at The Palladium.

So, what have they been getting up to ahead of their eagerly awaited gig? Lucky for us, some of the boys have been taking to Instagram to document their adventures.

Last night Nick Carter, Howie D and Kevin Richardson enjoyed a sky-high dinner at At.Mosphere, the fine-dining restaurant on the 122nd floor of the Burj Khalifa.

Just got to #dubai so we decided to dine at the tallest building in the world. #atmosphere #burjkhalifa #backstreetboys @kevinscottrichardson @howie_dorough @backstreetboys #notacareintheworld

Enjoying the end of an awesome 1st day in Dubai with @shereenyassa and @instagabiz our fabulous tour guides and friends. #BurjKhalifia #dubaimall #mydubai??

Check out this pic from Howie’s Insta story: 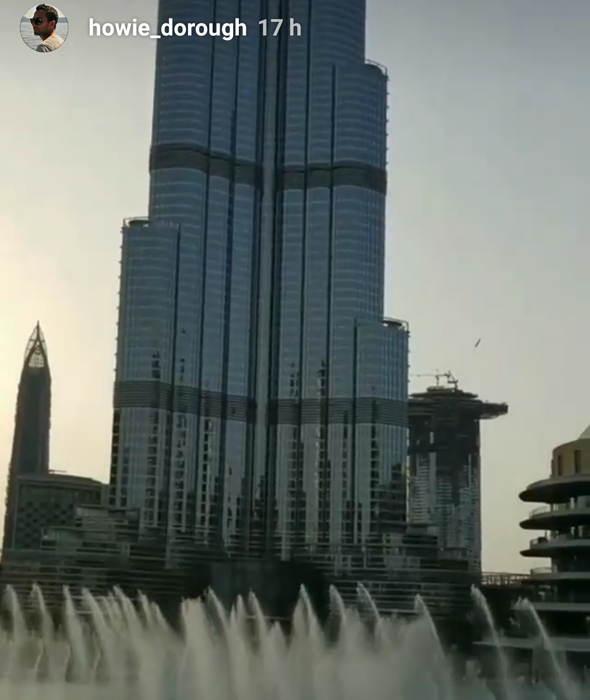 Later that night, the group partied up a storm at a nightclub in the One&Only Royal Mirage:

Meanwhile, it sounds like band member AJ McLean had a quiet night in his hotel, recovering from the 16-hour flight to Dubai.

But he revealed his plans for today – he said while some of the guys might be going on “excursions”, he would be finding the “dopest sneaker spots in Dubai”.

“Might be hitting up a couple of spots tomorrow, enjoying some sun, the beach, and what it is to be in Dubai.”

Made it to Dubai. Now time for room service and sleep than it’s off to explore in the am. Good night from the other side of the world.

That’s it, we’ll be staging a stakeout of Dubai’s sneaker shops for the rest of the day…