Super club White Dubai is pulling out all the stops ahead of the end of the season.

As well as being the venue of choice for Backstreet Boys first full performance at an afterparty in seven years, a sellout world cup afterparty and gigs by Ace Hood, Tinie Tempah and Trey Songz, the Meydan super club has just announced it’s set to host boxing Champion Floyd Mayweather for the first time this weekend.

The boxing legend will be making an appearance at the club’s ever-popular URBN ladies’ night. As always, ladies will be able to take advantage of an open bar from 11pm to 1am. There will also be the opportunity for a limited number of fans too meet the undefeated boxer on the night.

No stranger to Dubai, Mayweather was last spotted in Dubai in 2017, when he was living it up on holiday in the city. The boxing champion was seen taking a camel ride in the desert, riding super cars around the Burj Khalifa and shopping at the Mall. 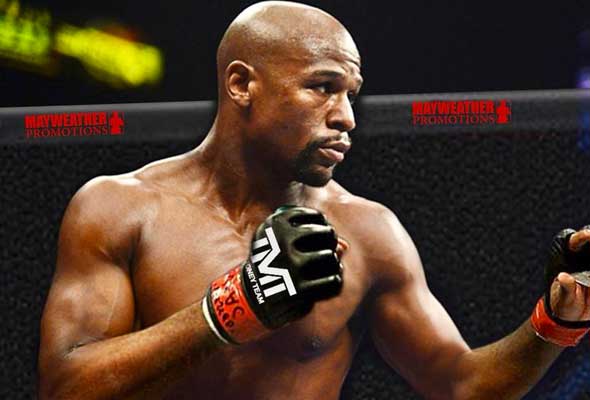 Mayweather actively boxed from 1996 to 2007 and 2009 to 2015, before making a one-fight comeback in 2017 when the boxing legend beat Conor McGregor in what was dubbed as the biggest fight in history.

It’s the second big announcement for White this weekend, who will also host rapper Lethal Bizzle for their weekly Disturbing Dubai event on Friday.

With only a few weeks left until the end of the season, we’re excited to see who else joins the ever-growing list of stars heading to the super club.

Nightlife
EDITOR’S PICKS
13 Sheikh Hamdan-approved restaurants in Dubai
READ MORE
Dubai brunches temporarily banned in new preventative measures
READ MORE
12 upcoming Dubai mega-projects we can't wait for
READ MORE
17 of the best beach bars in Dubai for sundowners
READ MORE
MOST POPULAR
Wizz Air to launch Abu Dhabi to Tel Aviv flights from Dhs99
8 places to catch the Indian Premier League in Dubai
Emirates flight tickets can now be rebooked within 36 months
What’s On The Bookshelf: 3 feel-good fictions you have to read
Review: Hickory's Friday brunch at Yas Links Golf Club
YOU SHOULD CHECK OUT
Our website uses cookies and other similar technologies to improve our site and your online experience. By continuing to use our website you consent to cookies being used. Read our privacy policy here.