There will be ten challenges across the next five months, and it’s kicking off this Sunday…

It first brought Shoreditch cool to Jumeirah Lakes Towers when it opened back in December last year, and now casual dining spot Axe House is set to take its hipster vibes across the city with the Ultimate Gentleman’s Challenge.

Pairing up with adrenaline-pumping venues and attractions including The Smash Room, Dubai Autodrome, XLine, Skydive Dubai, the underground dining concept is set to launch a series of challenges to test the gents across Dubai. 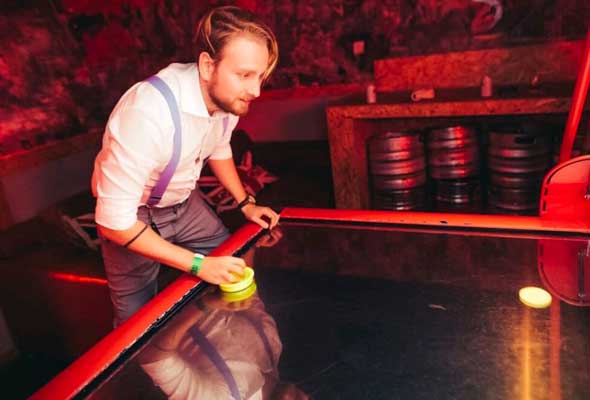 With a two-week deadline per challenge, guys wishing to get involved will need to submit a one minute video of themselves completing the dares and send them over to Axe House.

Challenges vary from rapping and ziplining at the same time to re-enacting some of the world’s most iconic movie scenes with your mates.

The winners will be chosen by a team of ‘Bearded Axe experts’, according to the venue, who are committed to ‘finding the craziest, out of the box video submissions’. So basically, the more inventive you are, the better your chance of winning.

There’s a host of prizes up for grabs at each challenge, as well as the opportunity to be crowned the UAE’s manliest man at the final challenge.

Charge your iPhones, grab your GoPro, and get your guy mates together – we’ll see you there…

Eat & Drink
Sport & Fitness
EDITOR’S PICKS
13 Sheikh Hamdan-approved restaurants in Dubai
READ MORE
Dubai brunches temporarily banned in new preventative measures
READ MORE
12 upcoming Dubai mega-projects we can't wait for
READ MORE
16 of the best beach bars in Dubai for sundowners
READ MORE
MOST POPULAR
Watch: A quick tour around the new Al Gurm Corniche in Abu Dhabi
You'll now have to pay to park in these popular areas of Dubai
Review: Culinary mastery at Tresind Studio
The team behind STK to open Palm Jumeirah beach bar
A Thai Food Festival is taking place in Dubai in March
YOU SHOULD CHECK OUT
Our website uses cookies and other similar technologies to improve our site and your online experience. By continuing to use our website you consent to cookies being used. Read our privacy policy here.