Can Nokia’s comeback handset take on Apple and Samsung?

When you think of Nokia, what comes to mind? Dependable plastic phones from the 2000s, and spending far too many hours playing Snake when you should have been doing something constructive with your life – yup, us too.

Where Nokia once dominated the mobile phone market, they were eventually eclipsed by the likes of Apple and Samsung, leaving the Finnish company to languish on the edges of the mainstream for the last decade or so.

Fast forward to 2018 and Nokia is back. Bringing with it the Nokia 8 Sirocco, a slick looking handset that hopes to battle it out with the best of them. Can it outshine the iPhone and Galaxy S9, though? We had a play around with one to find out…

We love how it looks… 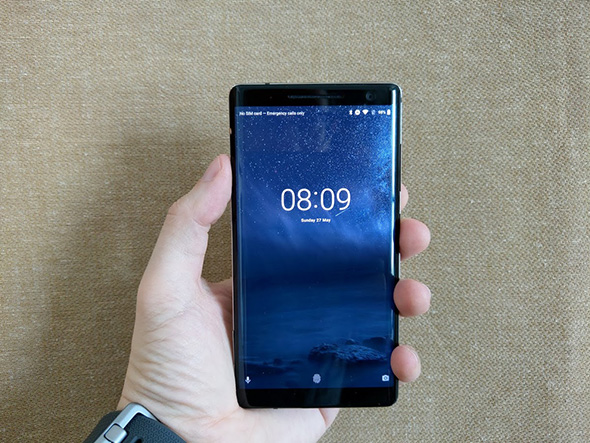 The Nokia 8 Sirocco is one of the best-looking phones we’ve seen in ages. Seriously, this thing easily looks as premium as an iPhone X or Galaxy S9, and feels great to hold as well.

History buffs will recall that its design is loosely based on the old Nokia 8800 Sirocco Edition from 2005 (remember that one?) which was considered the height of luxury at the time. Whereas the original had a slide-out keypad cover, the 2018 Sirocco is instead made of all glass, with a curved screen and a metal frame. Nokia has even built the volume and power buttons into the frame (rather than having them sticking out) which is nice design touch.

Of course, being made mostly of glass means the Nokia 8 Sirocco is a slippery little sucker. It has a tendency to slide about when you place it on anything but the flattest of surfaces, so you’ll want to be careful.

The phone’s 5.5-inch screen is a definite highlight. It’s bright and punchy – YouTube videos and photos look especially great on it. It even works well under the bright Dubai midday sun. The edges of the screen taper off on each side making the phone look incredibly thin. While this is certainly looks cool, it did result in some issues with the touchscreen not responding thanks to my palm resting on the curved edge. This was particularly annoying when trying to use the camera – it would often lose focus, or not acknowledge the shutter button being pressed.

And it’s chock full of features… 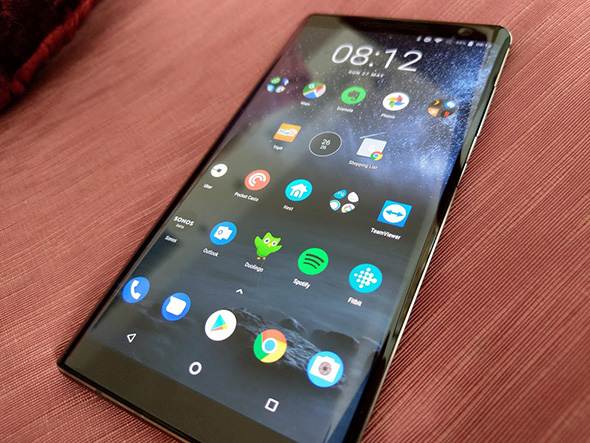 At the phone’s official launch in Dubai, Nokia took great pains to explain that the 8 Sirocco is running a very clean version of Google’s Android One operating system. What this means is that the phone is about as bang up-to-date as you can get when it comes to software, and isn’t bogged down with any unnecessary apps that might slow it down. You’ll also get the latest updates faster than most other manufacturers.

Technically, the phone is powered by an older CPU (a Qualcomm Snapdragon 835 chip, for those playing at home) than the latest phones from competitors like Samsung and Sony, but we found it to be lightning fast in our testing, with no lag or stutter in every app we tried.

There’s a fingerprint sensor on the rear of the phone, just below the camera, and it works well. We’re sad that Nokia chose not to include a headphone jack, but they do provide a pair of decent-sounding earbuds in the box which you plug in via the USB-C charging port.

As far as battery life is concerned, the Nokia 8 Sirocco impressed us. For such a relatively slim phone, we managed to eek out a full day of moderate use. If you stick to just light browsing, emails and the occasional cat video, you should have more than enough juice to get you through a day. Handily, the phone also supports wireless charging if you need a quick top-up but would rather not plug it in.

But the camera needs some getting used to… 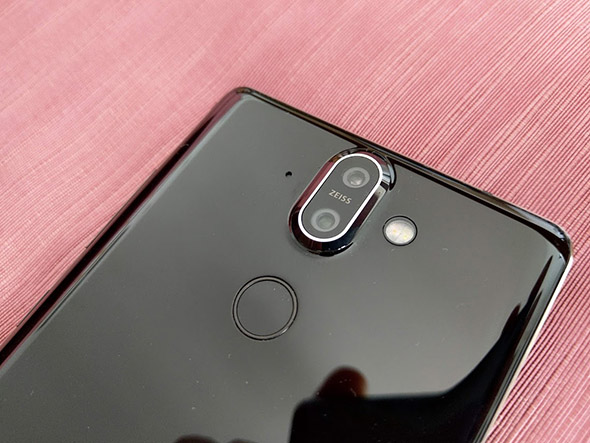 The Nokia 8 Sirocco features a fancy Zeiss-powered dual-rear camera setup that, similar to the iPhone X, gives you one lens for standard photos and another for zooming. In this case you get a 12 and 13 megapixel setup.

For many people, their primary camera is their smartphone. So it’s important that when buying a new handset, the camera is up to snuff. While you can take some great photos with the Nokia 8 Sirocco, it does take a bit of work.

This is because the camera’s auto mode tries to judge what you’re shooting and overcompensates by boosting colours and contrast levels. Sometimes this works well, like making a bed of flowers look more vibrant than they otherwise would, but other times it blows out the colours resulting in some pretty ugly oversaturation. Other phones let you toggle this kind of automated processing on and off, and we wish Nokia would let you do so here.

There is hope, however. Nokia have included a ‘Pro’ mode which gives you much more control over the camera’s functions, allowing you to adjust various levels to get things just right. As we said, you have to work at it, but if you take the time you can actually get some pretty nice photos out of this camera.

For selfie fans (you know who you are) the 5MP front-facing camera has a cool mode that lets you snap a shot of your face while simultaneously capturing an image with the main camera. Nokia have dubbed this feature a ‘Bothie’. And while we can’t say we approve of the name, we do like that it also lets you livestream to YouTube and Facebook if you want. 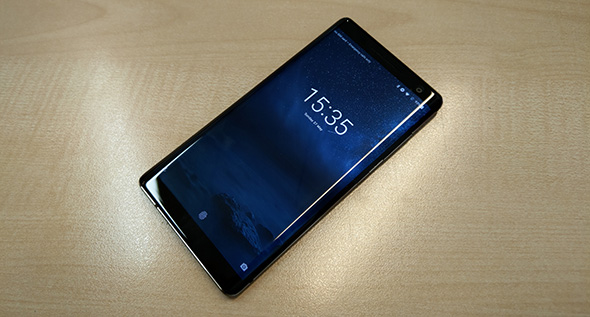 One thing we haven’t got around to mentioning yet is the price, and that is by design. The Nokia 8 Sirocco retails for Dhs2,399 which puts it around Dhs300-400 cheaper than Samsung’s latest Galaxy S9, and nearly Dhs1,500 shy of Apple’s cheapest iPhone X. Yet, it still manages to look just as good as either of them.

Sure, the camera isn’t quite up to snuff compared to the competition, but it’s perfectly serviceable in a pinch, and can manage some great shots if you’re willing to work for it.

If you pine for the days when Nokia ruled the smartphone roost, then the stylish Nokia 8 Sirocco might just be the comeback handset that you’ve been waiting for.

The Nokia 8 Sirocco is available online and at all leading electronics retailers in the UAE starting from Dhs2,399.

Tech
EDITOR’S PICKS
So, when is the next UAE public holiday in 2021?
READ MORE
All of the lavish new hotels set to open in Dubai in 2021
READ MORE
16 of the best pool passes in Dubai that are fully redeemable
READ MORE
All of the restaurants at West Beach, Palm Jumeirah
READ MORE
MOST POPULAR
Win a room at next weekend's Fairmont Bab Al Bahr Lock In
MOHAP begins Sinopharm trials on children aged three to 17
3 all-you-can-eat breakfast deals in Dubai to try this weekend
Update: Emirates again extends suspension of flights from India to UAE
This Abu Dhabi hotel has amazing dining deals seven days a week
YOU SHOULD CHECK OUT
Our website uses cookies and other similar technologies to improve our site and your online experience. By continuing to use our website you consent to cookies being used. Read our privacy policy here.