KFC's Colonel Sanders rode onto Kite Beach on a jet ski, like a boss

And yes, that is a massive KFC-branded yacht in the water behind him

We don’t normally jump at the chance to write about marketing stunts because, let’s be honest, 99-per cent of the time they tend to fall a little flat.

But once in a while, the perfect confluence of product, messaging and just plain awesome come together for something that truly blows our minds. One such incident occurred down at Kite Beach in Jumeirah over the weekend, and well… the photos speak for themselves: 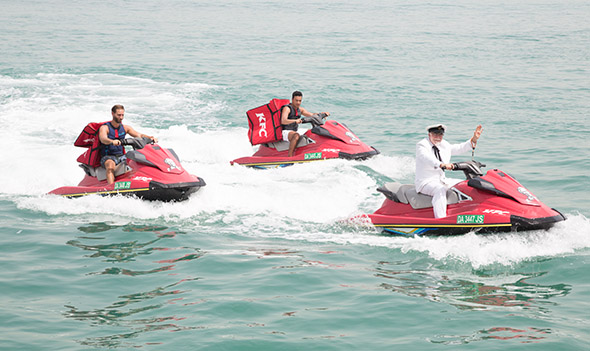 Yes, Colonel Sanders – KFC’s iconic mascot and founder (or at least someone dressed as him) – played Captain for the day, taking the helm of massive KFC-branded yacht before hopping on a jet ski and making his way ashore to hand out free shrimp to surprised beachgoers.

The activation was part of a campaign to promote the US chicken restaurant’s new limited Zinger shrimp menu item. Bringing a little bit of surf to an otherwise turf-heavy menu. 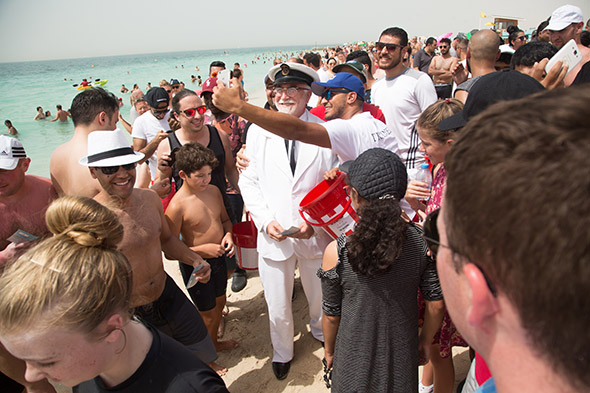 Naturally, the whole incident went viral on social media as onlookers started to realise what was going on:

Finally met with the colonel himself ?? P.s. He was so humble #kfc #colonelsanders #dubai #mydubai #kfcshrimps

Eat & Drink
EDITOR’S PICKS
Exclusive Reveal: Topgolf Dubai is here and ready for action
READ MORE
65 of the best outdoor bars and terraces in Dubai
READ MORE
7 brilliant dining deals in Dubai this month
READ MORE
18 of Dubai's most Instagrammable breakfast spots
READ MORE
MOST POPULAR
The stunning Hermès Carré Club is now open in Alserkal Avenue
Pics of the week: Your best photos of the UAE
Watch: A look inside Conor McGregor's Dhs20,000 per night Dubai villa
Discover the art of yoga at Louvre Abu Dhabi
Exclusive reveal: Off the Wall is an artsy, one-of-a-kind cocktail bar in Dubai
YOU SHOULD CHECK OUT
Our website uses cookies and other similar technologies to improve our site and your online experience. By continuing to use our website you consent to cookies being used. Read our privacy policy here.