We love keeping up with DJ legend Steve Aoki when he comes to Dubai. Last year, he gave us all hotel-envy when he stayed at one of the underwater Atlantis suites. This time around, ahead of his live performance at Business Bay club, Gotha, he hung out with camels in the desert, caught up with rap due Rae Sremmurd at IMG world of adventures, and threw a whole load of cake.

Although they didn’t post about their stellar Media City Amphitheatre performance on Friday, Stereophonics did take to their Instagram to thank the team at Dubai Airports for looking after them. 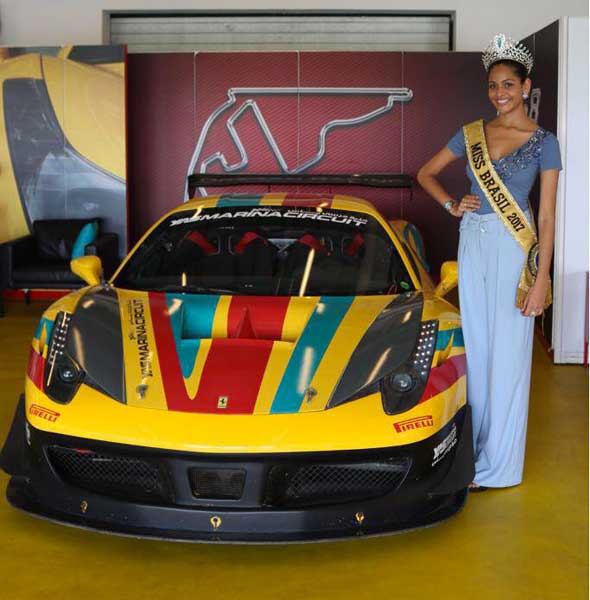 Two tennis legends were spotted enjoying brunch at one of our favourite spots, Ruya this weekend. Both Boris Becker and Roger Federer happily posed for pictures with the team at the Grosvenor House restaurant.

He was in town for two major season closing performances, and American rapper Rick Ross made sure to make the most of his downtime in the city. As well as heading out on a desert safari, he made sure to snap a selfie in a luxury supercar.

American hip hop duo Rae Sremmund were part of an all-star line up of performers taking to the stage at Meydan’s super venues White and Drai’s over the weekend. As well as catching up with Steve Aoki, Swae Lee (aka one half of Rae Sremmund) also made time to pay a visit to Money Kicks.

Time for some Salt Bae ?

Another huge closing party this weekend was Zero Gravity, who flew in DJ and Producer Jonas Blue to headline the final Ritual event of the season. Jonas Blue, real name Guy James Robin, stayed a second night in Dubai, and headed to Salt Bae’s restaurant Nus-ret.

Culture
EDITOR’S PICKS
Ramadan in Dubai: 40 iftars to try
READ MORE
Where can Dubai residents travel? Check out these 14 destinations
READ MORE
Rumours, facts and reveals: New Abu Dhabi bars and restaurants
READ MORE
UAE announces reduced working hours for Ramadan 2021
READ MORE
MOST POPULAR
Sheraton Mall of the Emirates has a lot to offer this Ramadan
Looking for a cosy long stay residence in Dubai? Check this out...
Have you spotted the new Talabat Patrol team on Abu Dhabi roads?
Iftar home delivery for one? Here are some options...
Stunning Australian restaurant Hunter & Barrel is now open
YOU SHOULD CHECK OUT
Our website uses cookies and other similar technologies to improve our site and your online experience. By continuing to use our website you consent to cookies being used. Read our privacy policy here.