Where to find the best breakfasts in Abu Dhabi

Rise and shine, Abu Dhabi! Here’s are 20 places you should check out for the most important meal of the day. 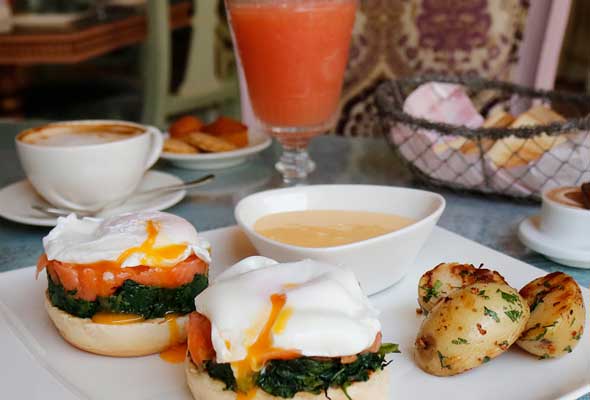 Breakfast is served all day, every day at this chic Victorian-inspired eatery. The bestseller is their eggs Florentine with a side of roast potatoes to complement your poached eggs, smoked salmon and spinach. 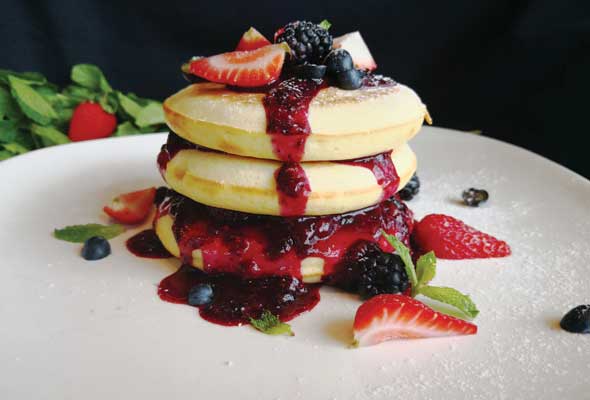 The chain has made quite an impression on the capital, in part thanks to its master roasters who use globally sourced beans to whip up coffee in their onsite lab, and there are 70 different hot drinks available from the tea library. The standard of food is good and ranges from pancakes to a traditional full English.

A family-run cafe that’s been open since 2012, it’s become a quiet home-away-from-home for many, and the Spanish omelette is a favourite with regulars. There’s books to read and board games to play, and it also goes to town with its Christmas decorations (expect a huge model village if you visit in December). Most importantly, the portions are big and the prices reasonable. 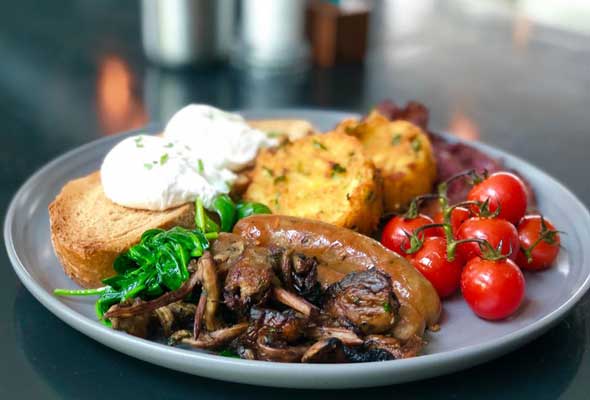 Fans of the HBO fantasy TV show Game of Thrones will love this place thanks to the decor, complete with a throne made of spoons. Expect a wide variety of toasted sandwiches.

Head to the eco city of Masdar for Jim’s Big Breakfast – it features Boerewors sausages and homemade potato rosti. There’s also a plethora of gluten-free options, and protein shakes if you’re after a post-workout drink. 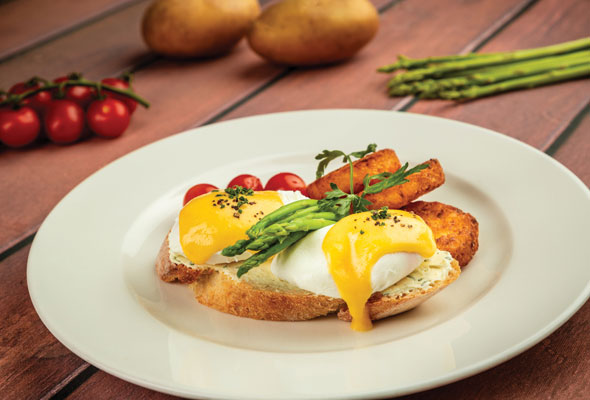 The quaint French cafe has a new breakfast menu featuring sourdough with chive and lemon, and yoghurt parfait.

Melted cheese croissants, eggs benny, salmon bagels and muesli bowls are all on offer at this gourmet eatery (named after the year the sandwich was invented). It’s not the cheapest in town but the quality is high, and the venue has a laidback vibe. 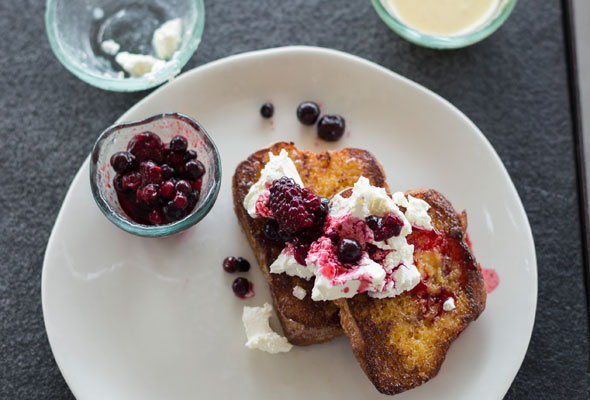 A South African brand, every branch of Tashas is a little different, particularly with regards to the food offerings; each outlet has its own signature menu. The best breakfast sellers include the creamed avo on toast and brioche French toast. Located at Al Bateen’s marina, it’s become one of the busiest spots in town, popular with both locals and expats.

A former What’s On Awards winner, the classic furnishings of Cafe Arabia make it feel like a second home, and it’s also popular with students looking for a place to study. The breakfast menu features a vegan Arabian breakfast with foul medames, falafel, hummus and vegetables, English and American breakfasts, mueslis and porridge bowls, and a section of the menu dedicated to eggs, with dishes such as Palestinian shakshouka and eggs benedict.

A Middle Eastern outlet that serves breakfast 24 hours a day, the signature menu features unique spins on dishes such as an omelette stuffed with French fries. The highlight though has to be the OMG Julie, a huge portion of French toast served with roasted papaya, pineapple and mango. It curiously makes appearances in the brekkie and dessert sections of the menu. 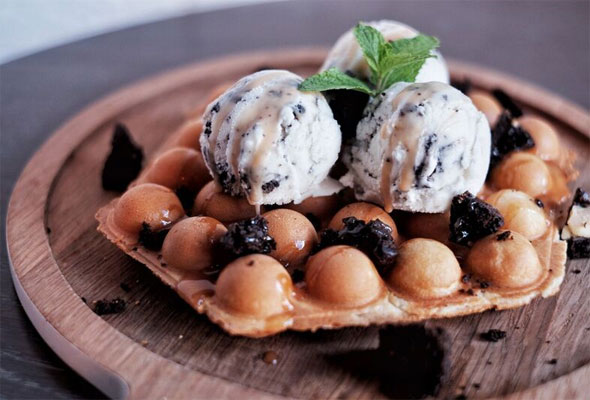 This outlet has created five varieties of bubble waffles and serves classics including porridge with dried cranberries, and shakshouka. Its slightly rustic feel and huge selection of products you can buy to take home, such as oils and jams, also help it stand out from the crowd. 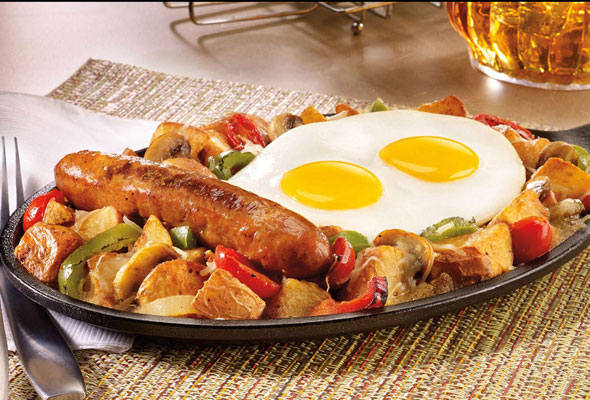 Hungry? You need an appetite to eat at this American diner, as pretty much everything is in gigantic portions and served with maple syrup and hash browns. A meal will cost you around Dhs90 – try the stack of the strawberry and cream buttermilk pancakes. It’s another outlet open 24 hours.

American cuisine meets Afghan cooking at the newest branch of this cafe chain. The popular eggs on French organic bread served with roast potatoes or fruit salad is a winner at around Dhs70 a pop. The menu has a breakfast bowls section with ingredients such as acai making an appearance, plus a toast section including a bagel with edamame.

This Middle Eastern venue has already had one of its dishes featured on the cover of What’s On (its black dough pizza), but their brekkies are worth a punt as well. There’s a truffle omelette, plus an oriental breakfast with shakshouka and grilled halloumi. 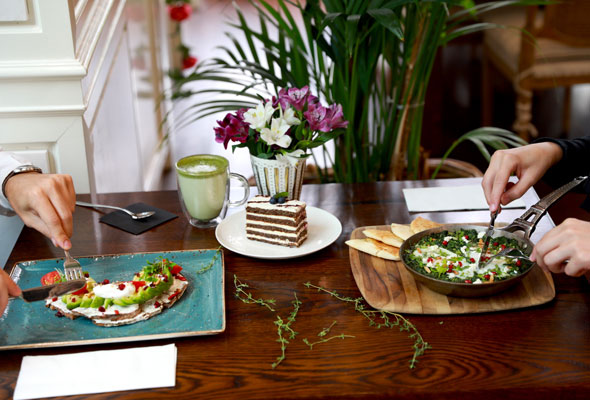 The quirky entrance of L’ETO at The Galleria features library shelves of British novels. Popular breakfast items include the crepes and loaded acai and quinoa granola bowl.

SOMETHING A LITTLE DIFFERENT 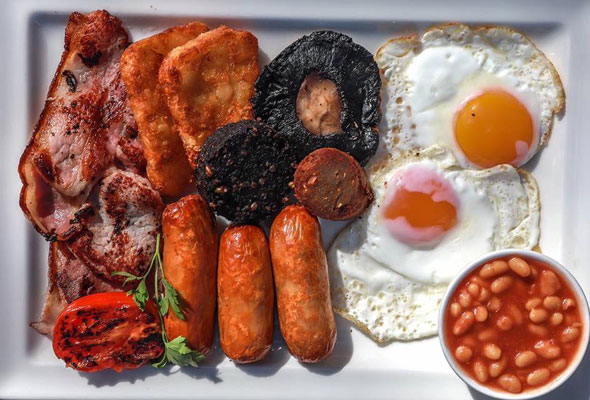 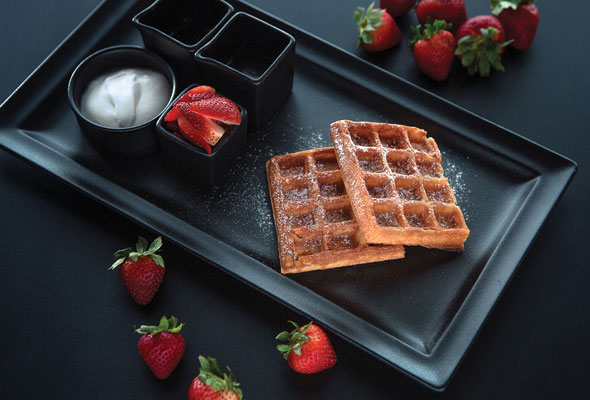 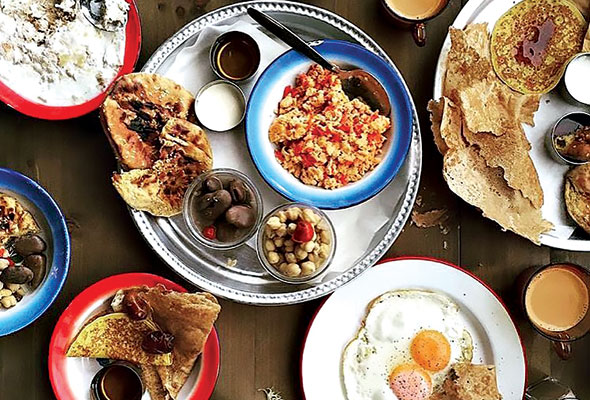 Passionate about her country’s food, Emirati Shaikha Al Kaabi opened this restaurant in 2015. Using only local ingredients, Meylas has become a favourite with her compatriots and expats alike. Try the Royoug breakfast for an authentic experience.

Eat & Drink
Restaurants
EDITOR’S PICKS
Dubai hotels and restaurants to suspend entertainment until further notice
READ MORE
9 royal-approved Dubai restaurants
READ MORE
16 of the best beach bars in Dubai for sundowners
READ MORE
Where to get the Covid-19 vaccine in Dubai, Abu Dhabi and across the UAE
READ MORE
MOST POPULAR
8 of the best homegrown burger concepts in Dubai
Direct Etihad flights to Qatar from Abu Dhabi are inbound next week
Dubai Health Authority answers your questions regarding the vaccination
Expo Dubai 2020: What’s inside the Sustainability Pavilion?
Sheikh Hamdan launches project to renovate Al Fahidi Fort in Dubai
YOU SHOULD CHECK OUT
Our website uses cookies and other similar technologies to improve our site and your online experience. By continuing to use our website you consent to cookies being used. Read our privacy policy here.