Din Tai Fung to open in The Dubai Mall in December

The Dubai Mall branch of the famed Taiwanese restaurant will boast views of the Dubai Fountain.

Dumpling lovers in Dubai will soon have another happy place, as a third branch of world-famous Taiwanese chain Din Tai Fung is set to open in The Dubai Mall.

The restaurant, which already has outlets in Mall of the Emirates and Al Ghurair Centre in Deira, will open in the Fashion Avenue extension at the end of December, a spokesperson told What’s On.

The new restaurant will face the Dubai Fountain, so you’ll be able to watch the water spectacle while slurping on their famous soup dumplings. 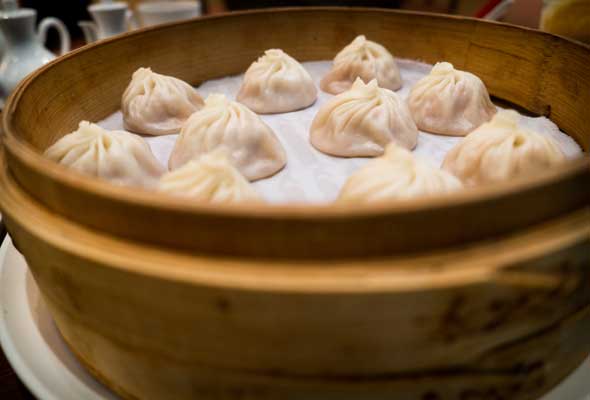 According to the spokesperson, the menu will be the same as at the other two branches, but they plan to have a special dish or set menu especially for the launch.

That’s not the only opening Asian food fans have to look forward to. The people behind Din Tai Fund are also bringing Han Shi Fu, a trendy Asian fusion gastropub, to Aloft City Centre Deira sometime in the near future.

They also plan to open a restaurant called Bado Chinese at La Mer, which is described as an Asian and Middle Eastern fusion restaurant.

Chopsticks at the ready…

Eat & Drink
Restaurants
EDITOR’S PICKS
What’s On Nightlife Awards 2021: Here are the nominees...
READ MORE
It's back! What's On Lock In returns to Media One Hotel
READ MORE
Arts and culture: 5 spots we can't wait to visit at Expo 2020 Dubai
READ MORE
UAE petrol prices are set to decrease in September 2021
READ MORE
MOST POPULAR
Abu Dhabi: Wristband no longer required for most home quarantine
As of September 19, PCR test not required to enter Abu Dhabi from UAE
This new family-friendly brunch includes free cinema tickets
Pics of the week: Your best photos of the UAE
How to use Playkey.me, the region's first supercharged cloud gaming service
YOU SHOULD CHECK OUT
Our website uses cookies and other similar technologies to improve our site and your online experience. By continuing to use our website you consent to cookies being used. Read our privacy policy here.