It’s been open for more than seven years…

It was seen as one of Dubai’s longer-serving nightclubs but this evening on Tuesday November 27, XL Dubai is closing its doors for good.

Found in the Habtoor Grand, the Dubai Marina nightclub will throw one final farewell party, where ladies will be treated to a complimentary bar all night. 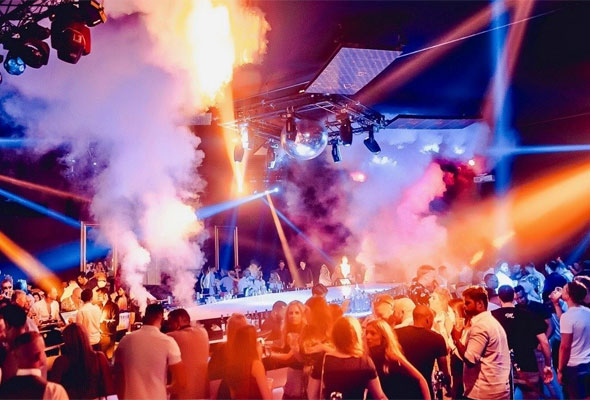 The nightclub has welcomed performances from stars including Fat Joe, Flo Rida, Craig David and OT Genasis over the last seven years, as well as welcoming more than one million partygoers.

As well as a lively weekly Tuesday ladies’ night, XL Dubai became famous for its popular post-brunch party on a Friday, and was the go-to spot for a good time after brunch – whether you’d been at their neighbouring Andreeas brunch or not.

As we say goodbye to XL, we’re promised that another nightclub will take its place next year, so we can’t wait to see what’s in store for 2019.

For those still looking for a post-brunch party, this will now take place poolside at Andreeas from 4.30pm every Friday.

It’s been a big year of shake-ups across the nightlife industry, and XL Dubai joins fellow long-serving Dubai bars and clubs including Mahiki, Societe, Sass Cafe and 360 in ceasing operation in 2018.

One last time, we’ll see you on the dancefloor…

Nightlife
EDITOR’S PICKS
Ain Dubai will open with fireworks, live music and a drone show
READ MORE
Incredible Aura SkyPool to open in Palm Tower this November
READ MORE
Brit Grand Slam hero Emma Raducanu confirmed for Mubadala Tennis
READ MORE
What’s On Nightlife Awards 2021: Here are the nominees...
READ MORE
MOST POPULAR
Nikki Beach Dubai's iconic White Party to return this weekend
Sacci Abu Dhabi is now serving up a cheese and grape deal every Wednesday
Sample a taste of Japan at Four Seasons Hotel DIFC this November
Bounce is back at Umm Al Emarat Park with access from Dhs30
What’s On Nightlife Awards 2021: Here are the winners...
YOU SHOULD CHECK OUT
Our website uses cookies and other similar technologies to improve our site and your online experience. By continuing to use our website you consent to cookies being used. Read our privacy policy here.