Spotify is now officially available in the UAE

Its premium service is available for Dhs19.99 per month…

Great news, music fans. After several months of hints and speculation, Spotify has officially launched in several countries across the Middle East and North Africa, including in the UAE.

“Spotify is now officially available across 13 markets in the Middle East and North Africa”, Claudius Boller, Managing Director of Spotify Middle East and Africa told What’s On. “With the best in class music recommendations and more than 3 billion playlists from around the world and the region, we believe this is a game change for music listeners and artists here. And the best thing is, Spotify is available for free,” Boller added.

The music streaming service offers users access to a global network of songs on both a free version and a premium service, which will cost users Dhs19.99, Spotify executives confirmed. 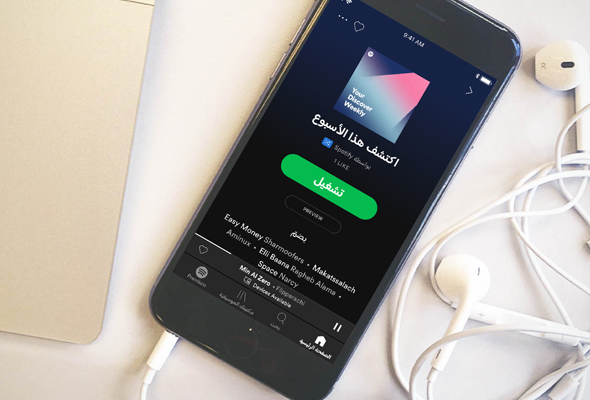 With the premium service, users can enjoy listening to music advert-free, as well as being able to download songs  that can be heard offline. The UAE pricing is around half of what users pay in countries like the UK, France and the US.

Users now have instant access to a wide range of playlists which include billions of Spotify and fan-built playlists, as well as locally curated playlists such as Today’s Top Arabic Hits and Arabic EDM, which will be regularly updated.

Back in May, hints began to come to light that the Swedish born company would be launching in the region, after they began advertising for roles based out of an office in Dubai.

Is it too early to start building our Christmas playlist?

News
Tech
EDITOR’S PICKS
Ain Dubai will open with fireworks, live music and a drone show
READ MORE
Incredible Aura SkyPool to open in Palm Tower this November
READ MORE
Brit Grand Slam hero Emma Raducanu confirmed for Mubadala Tennis
READ MORE
What’s On Nightlife Awards 2021: Here are the nominees...
READ MORE
MOST POPULAR
Why Armani/Hashi is trending hard on the Japanese cuisine scene
Celebrate creativity at City Walk during this three-weekend event
This Heinz Beck brunch at Waldorf Astoria just got an upgrade
10 brilliant things to do in Abu Dhabi this long weekend: Oct 21 to 23
Experience Arabesque elegance at Asil's Saturday lunch
YOU SHOULD CHECK OUT
Our website uses cookies and other similar technologies to improve our site and your online experience. By continuing to use our website you consent to cookies being used. Read our privacy policy here.